Ahmadi Doctors and the Need for True Sacrifice 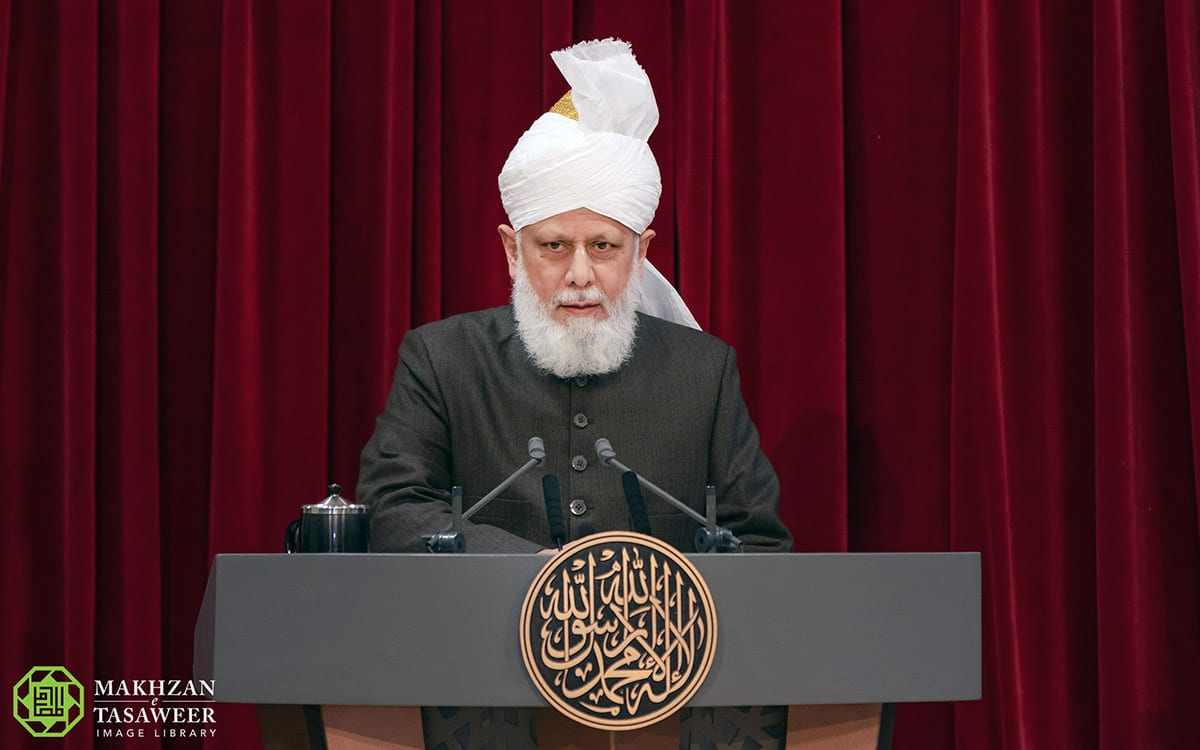 Hazrat Mirza Masroor Ahmad, Khalifatul Masih V(aba) delivered an address at the concluding session of the Ahmadiyya Muslim Medical Association UK Annual Conference 2019, held at the Masroor Hall at Islamabad, Tilford, UK on Saturday 30th November 2019. The official transcript of the address delivered by Hazrat Khalifatul Masih V(aba) on this occasion is presented below.

‘With the grace of Allah, the Ahmadiyya Muslim Medical Association UK is once again holding its annual conference and it is clear that various beneficial projects and endeavours have taken place during the past year.

As your report depicts, you have provided some training to our doctors serving in the gynaecology department in Rabwah and at the Tahir Heart Institute.

You have also provided medical equipment for the operation theatre at the Fazl-e-Umar hospital and a lithotripsy machine used for breaking down kidney stones.

Similarly, either through the Medical Association or through Humanity First, 36 Ahmadi doctors from the UK have travelled abroad for Waqf-e-Arzi and served in countries such as Pakistan, Malaysia, Guatemala, Ghana and The Gambia.

A few years ago, the Medical Association also initiated a project to build a hospital in Ivory Coast, but the costs involved were beyond your scope and so Humanity First has now taken over this project.

Nonetheless, even though the hospital is no longer being built by the Medical Association, you should continue to discharge your responsibility by contributing as much as possible towards this project.

Furthermore, at your last conference, I instructed you to liaise with the Waqf-e-Nau Department and to make a plan to encourage Waqifeen-e-Nau to enter medicine and to guide and assist medical doctors or students from within the Waqf-e-Nau scheme.

I instructed that you should provide them with career guidance and advise them about which specialisations they should pursue according to the needs of the Jamaat.

I also instructed that you impress upon them the great importance of fulfilling the sacred pledge they had made to dedicate their lives for the service of the Jamaat, as soon as they had the necessary training and experience.

Sadly, very little progress has been made in this regard and as a result, we are facing a shortage of doctors at our hospitals.

For example, at the Fazl-e-Umar Hospital in Rabwah, the lack of paediatricians has meant that we often have no choice but to refer cases to other hospitals.

Similarly, we are facing a shortage of gynaecologists.

In light of this, it is very important that paediatricians and gynaecologists from the UK, as well as other specialists, offer their services for significant periods of time so that they can help to alleviate the shortfall.

It is not enough for our doctors to travel for a few days or a couple of weeks in a year; rather, a heartfelt spirit of sacrifice is required and a genuine willingness to take time out of your lives to serve humanity.

I am sure all of you are willing to do that work, which can be done remotely or without interfering with your daily schedules, but we need our doctors to travel to serve in our hospitals in Africa and especially in Pakistan for sustained periods.

Alhamdulillah, there are some Ahmadi doctors who are working with the spirit of sacrifice that is required.

For example, there are Ahmadi doctors in the USA who are travelling regularly to Pakistan for extended periods to serve at the Tahir Heart Institute and, as a result, the standard and scale of treatment is improving there.

In fact, one doctor has done Waqf for three years and has moved to Pakistan from the United States. I really appreciate his spirit of sacrifice – Allah Taala bless him in every respect.

In terms of the Waqifeen-e-Nau, we need full-time Waqf, particularly in the field of paediatrics, gynaecology and general surgery.

As soon as they have finished their medical training, they should present themselves to the Jamaat with the firm intention of fulfilling their Waqf and they should be ready to go and serve in our hospitals in Africa or Pakistan.

Otherwise, there is no benefit of them being part of the Waqf-e-Nau scheme.

I reiterate that all of your members here in the UK, as well as Ahmadi doctors in other countries, should sacrifice as much time as possible for Waqf-e-Arzi, whilst doctors from the Waqf-e-Nau scheme should present themselves to the Jamaat for full-time service as soon as they have completed their training.

After these brief words, I wish to present an excerpt of the Promised Messiah(as) regarding the spirit of sincere service of humanity that he desired to see amongst the members of his Jamaat.

“Sincerity towards others and love for humanity is a part of faith. The definition of the ‘highest moral values’ is that sincere kindness and sympathy be professed towards all humanity without any expectation of reward or recompense. This is what is known as true humanity.”

“Allah the Almighty never forsakes those people who hold within their hearts sincere love for humanity.”

These precious words of the Promised Messiah(as) should be your guiding light and remain etched in your heart and mind at all times.

They should underscore the fact that, through Allah’s grace and mercy alone, you have been able to acquire the knowledge and proficiency through which you can help and serve humanity in a way that others cannot and so you must utilise these skills for the sake of alleviating the suffering of mankind.

Thus, it should not be that our Ahmadi doctors utilise their expertise only for the sake of earning the riches of the world, or for climbing the professional ladder; rather, it is imperative that each and every one of you sacrifices significant periods of your lives for the service of the Jamaat by utilising your expertise and training for the sake of humanity.

Only then will you fulfil the rights of mankind according to your capabilities and only then will you be counted amongst those people who have acquired the highest morals as outlined by the Promised Messiah(as).

At the end, taking benefit of this event, I wish to address not only the members of the Medical Association in the UK, but all Ahmadi doctors and medical professionals across the world.

Always remember that you must utilise the skills and knowledge you have acquired to fulfil the needs of humanity.

As I have said, you should sacrifice your time for the Jamaat, rather than only focusing upon your worldly career.

May Allah the Almighty enable all of you to discharge your duties to humanity to the very best of your abilities and to fulfil the expectations of the Promised Messiah(as) and of Khulafa of Jama’at Ahmadiyya in the very best way.

Most especially, I pray that the Waqifeen-e-Nau who are doctors come to fulfil the sacred pledge first made by their parents, and which they later renewed themselves, by presenting themselves for service with a spirit of selflessness and an unwavering desire to serve humanity for the rest of their lives.

May Allah Almighty reward all those who understand the importance of serving others selflessly and who submit themselves for such service with the pure intention of lightening the burdens of humanity and seeking the pleasure of Allah the Almighty.

May Allah the Almighty bless your continued efforts and grant you success in all of your noble endeavours – Ameen.’