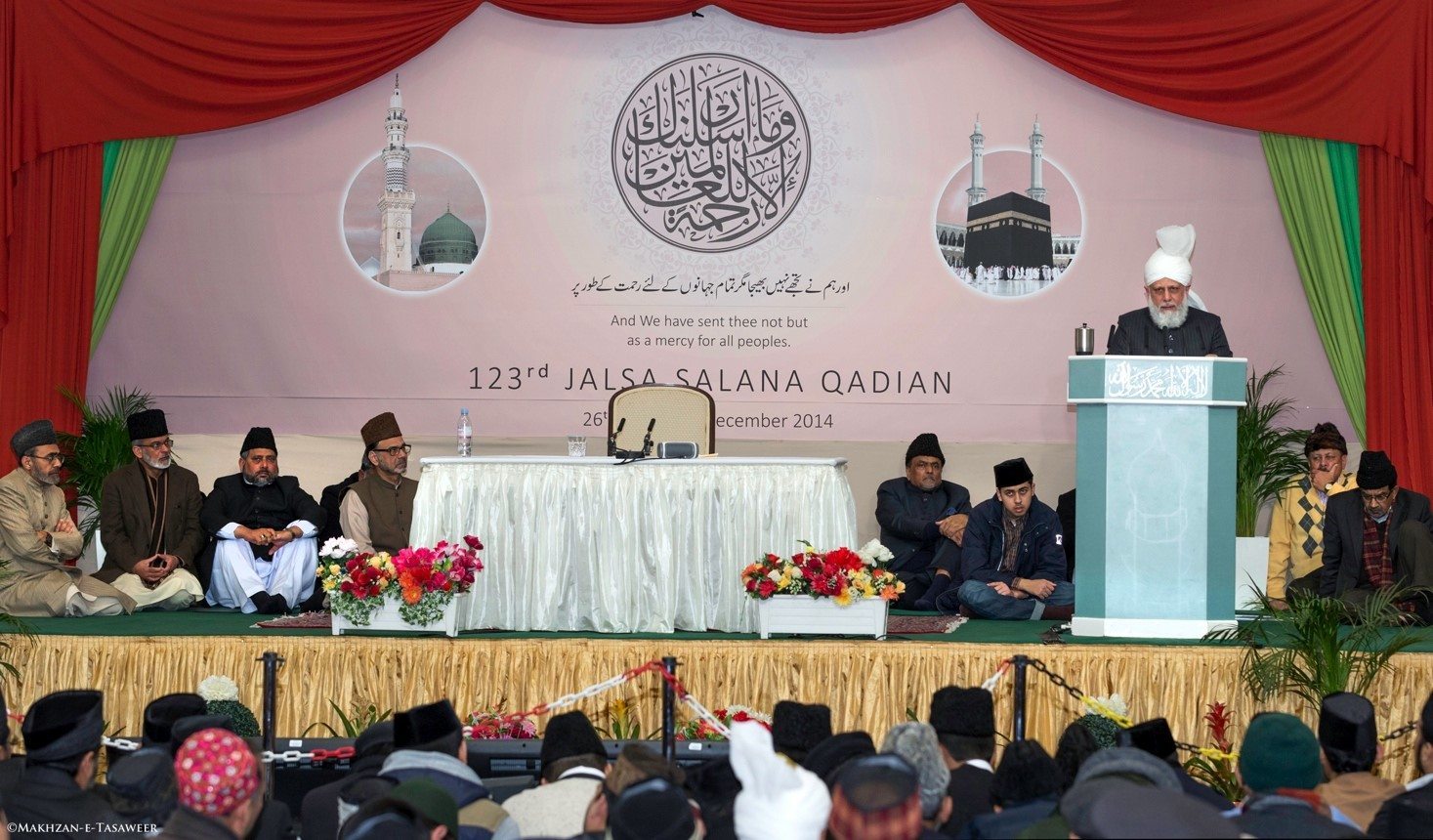 His Holiness addressed the final session via satellite link from the Baitul Futuh Mosque in London. Over 18,700 people, representing 37 countries, attended the Jalsa in Qadian, whilst more than 5,400 gathered in London for the concluding session. Annual Conventions also took place this weekend in Ivory Coast, Nigeria, Senegal and the West Coast of America.

During his address, His Holiness spoke of how Islam’s teachings were being distorted by terrorist and extremist groups throughout the world.
He categorically condemned all forms of extremism and said that the Ahmadiyya Muslim Community was constantly engaged in spreading the peaceful message of Islam.

His Holiness said that the Annual Convention was also a means of highlighting the true teachings of Islam.

“Where on the one hand our Annual Conventions are a means for Ahmadi Muslims to increase their religious knowledge and spirituality, they are also a means of displaying the beautiful teachings of Islam and the pure character of the Holy Prophet Muhammad (peace be upon him) to the people of the world.”

“Islam is a religion with unparalleled teachings of peace, mutual love and justice. And so, as ambassadors of the Messiah of Muhammad (peace be upon him), it is our duty to spread these teachings to all parts of the world.”

Hazrat Mirza Masroor Ahmad said that Ahmadi Muslims were themselves being targeted by terrorist and extremist groups. He noted with sadness that just a day earlier, a young Ahmadi Muslim man had been martyred in Gujranwala, Pakistan. His Holiness said that Ahmadi Muslims responded to all provocation and hatred only with peace and prayers because this was in accordance with the true teachings of Islam. 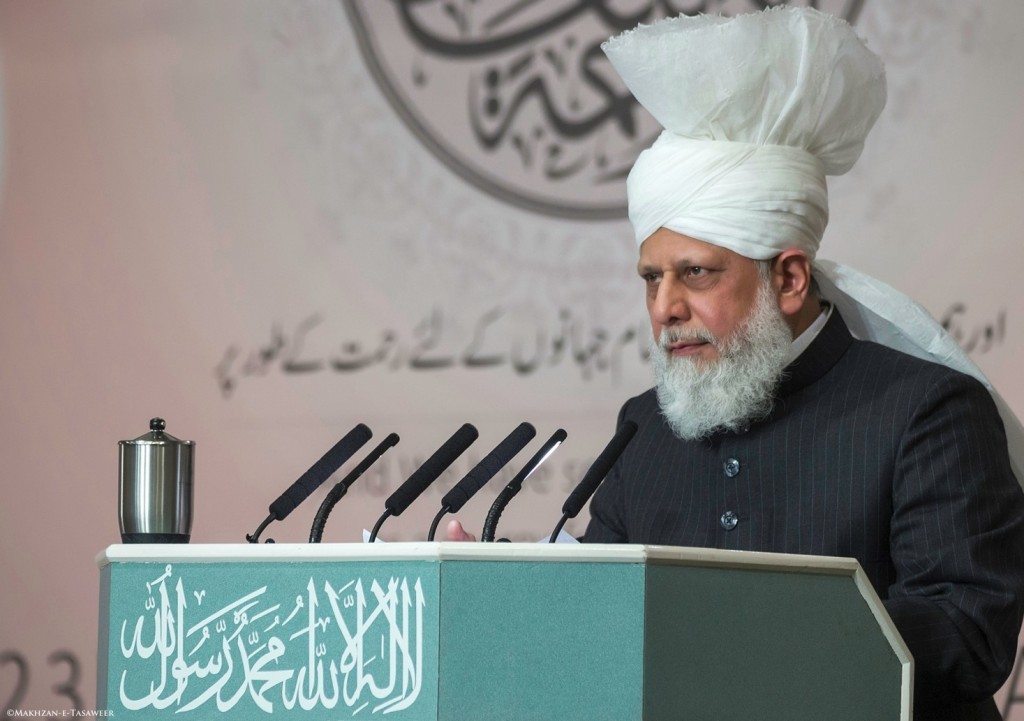 Continuing, His Holiness said that in the first chapter of the Holy Quran, Allah has stated that He is the ‘Lord of all the Worlds’ and as such He is the Lord of all people of all beliefs. Thus, it was impossible for a true Muslim to show anything other than sympathy for all of mankind.

“We must develop the very highest standards of compassion for all humanity. Love for every person should gush forth from our hearts like water gushes from a fountain. We must nurse those who are in pain or those whose hearts ache with grief. Only then can we be considered true representatives of Islam.”

His Holiness reiterated that freedom of belief and religion was a fundamental tenet of Islamic teaching. He quoted directly from the Holy Quran to prove that Islam did not permit any punishment for apostasy and he also rejected as entirely false the allegation that Islam was spread by the sword.

He said that history proved that Islam reached countries like Africa, China, Europe, India and other parts of the world through peaceful means of preaching.

His Holiness also reflected on his previous visit to Spain in 2013, when he visited a part of Spain where Muslims had sought shelter for as long as possible after being driven out of other parts of the country.

His Holiness said he had met a Christian academic who said that Muslims should reclaim that part of Spain.

“Certainly, one day we will reclaim that land from which the Muslims were forcefully driven out, but we will not do so by brandishing a sword or through any form of violence or terror. Rather, we will reclaim it through the power of love and love alone.” 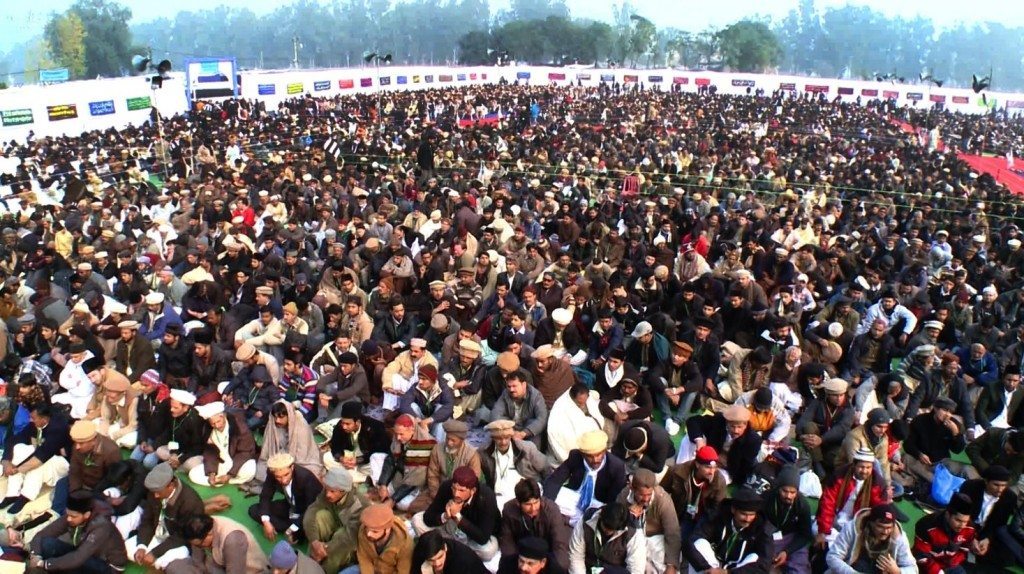 His Holiness condemned a recent programme that aired on GEO Television in which some so-called religious clerics sought to openly incite hatred against the Ahmadiyya Muslim Community. He said that the clerics did so to shift the blame for Pakistan’s terrorism from the actual terrorists.

His Holiness concluded the Annual Convention by praying for the entire world and reaffirming the Ahmadiyya Muslim Community’s commitment to spreading peace. 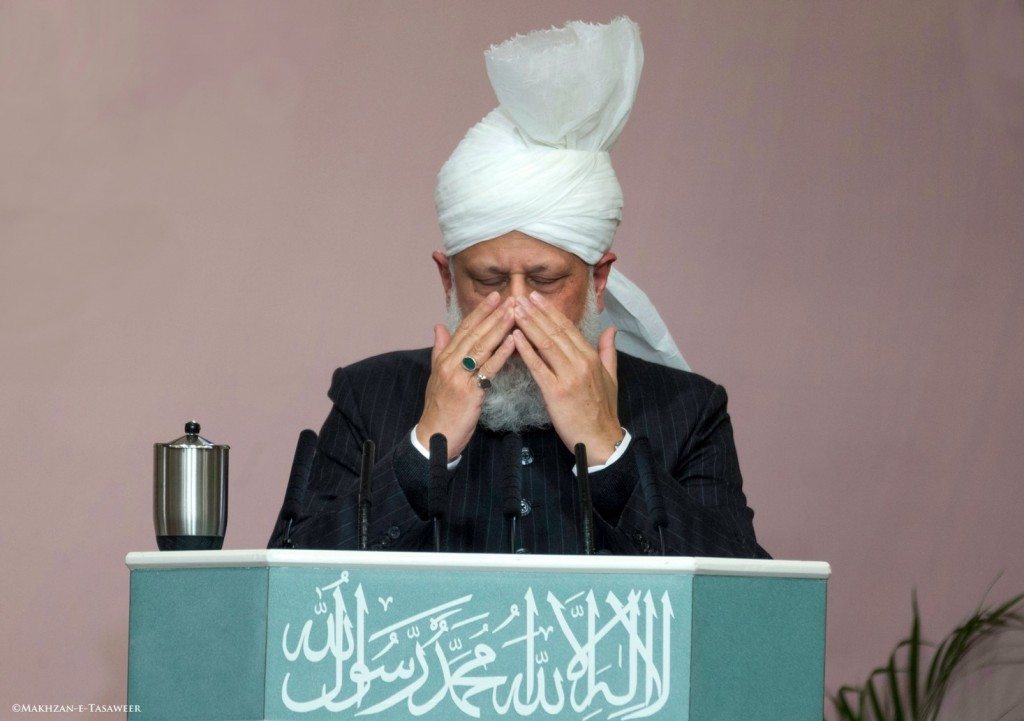 “We, Ahmadi Muslims, having accepted the Promised Messiah, pledge to forever exemplify Islam’s pure teachings. It is our mission to spread peace, love, compassion and reconciliation at every level of society and in every part of the world. We will not stop until every form of hatred has transformed into love and compassion.”

The Annual Convention concluded with a silent prayer led by Hazrat Mirza Masroor Ahmad in which he asked Ahmadi Muslims to pray for the peace of the world and for an end to all forms of extremism and terrorism. He prayed for an end to the Ebola crisis in Africa and also prayed that the New Year brought happiness and prosperity to Ahmadi Muslims throughout the world. 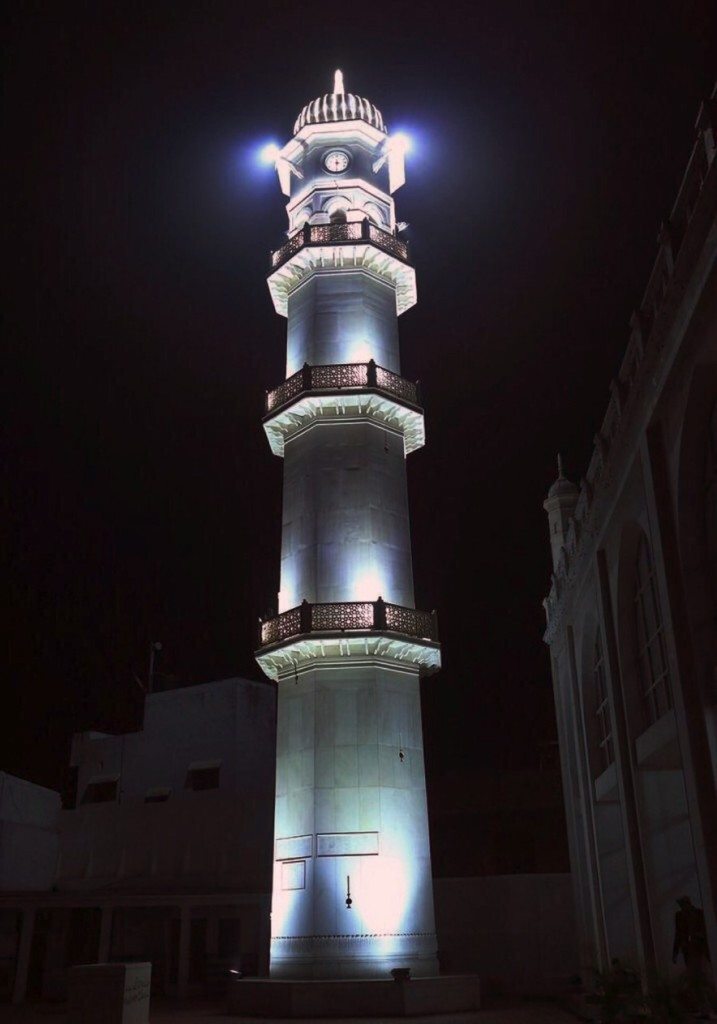