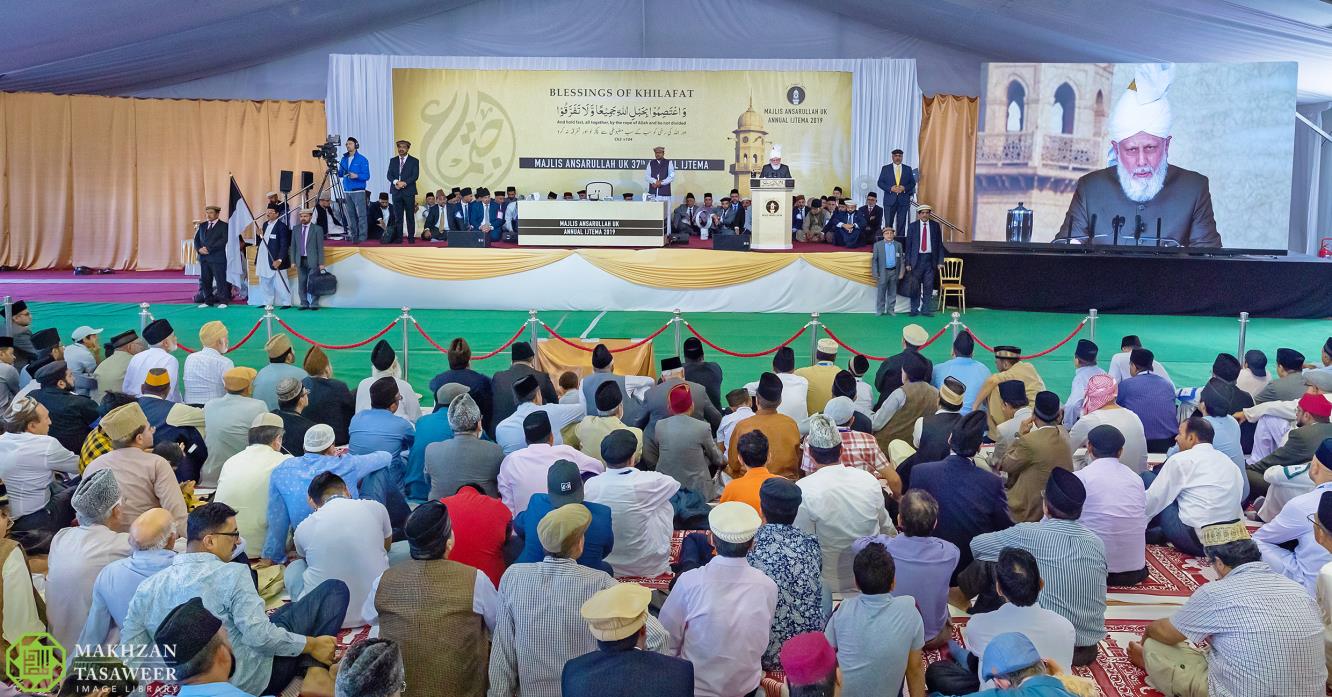 “guide the youth upon the right path.”

The 3-day event of Majlis Ansarullah, which comprises of male members of the Ahmadiyya Muslim Community above the age of 40, was attended by more than 4,600 people from across the UK and was held at the Country Market in Kingsley. 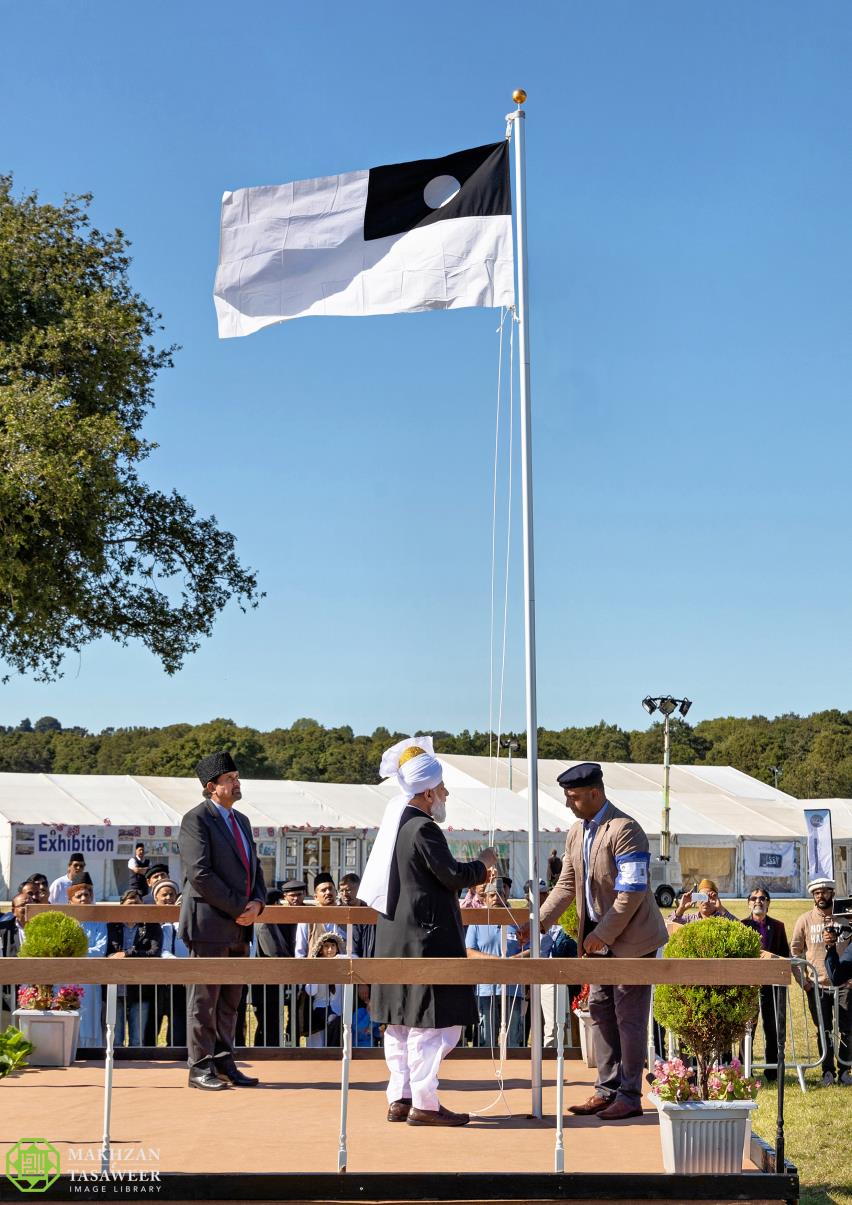 During his address His Holiness spoke in detail about the standards of spirituality that the members of Majlis Ansarullah should strive to attain as outlined by the Founder of the Ahmadiyya Muslim Community, His Holiness Hazrat Mirza Ghulam Ahmad, the Promised Messiah (peace be upon him).

His Holiness highlighted the heavy responsibility that lay upon the members of Majlis Ansarullah to lead by example and said that the young will learn from their elders and follow in their footsteps and thus they should seek to set the best of examples.

“What does the Promised Messiah (peace be upon him) expect of us? Until we seek the answer to this question with a real concern and unless we consistently make our plans to meet those expectations and reflect on our progress, we cannot live according to his teachings, which were in fact the very teachings brought in the Holy Quran and taught by the Holy Prophet Muhammad (peace and blessings be upon him).” 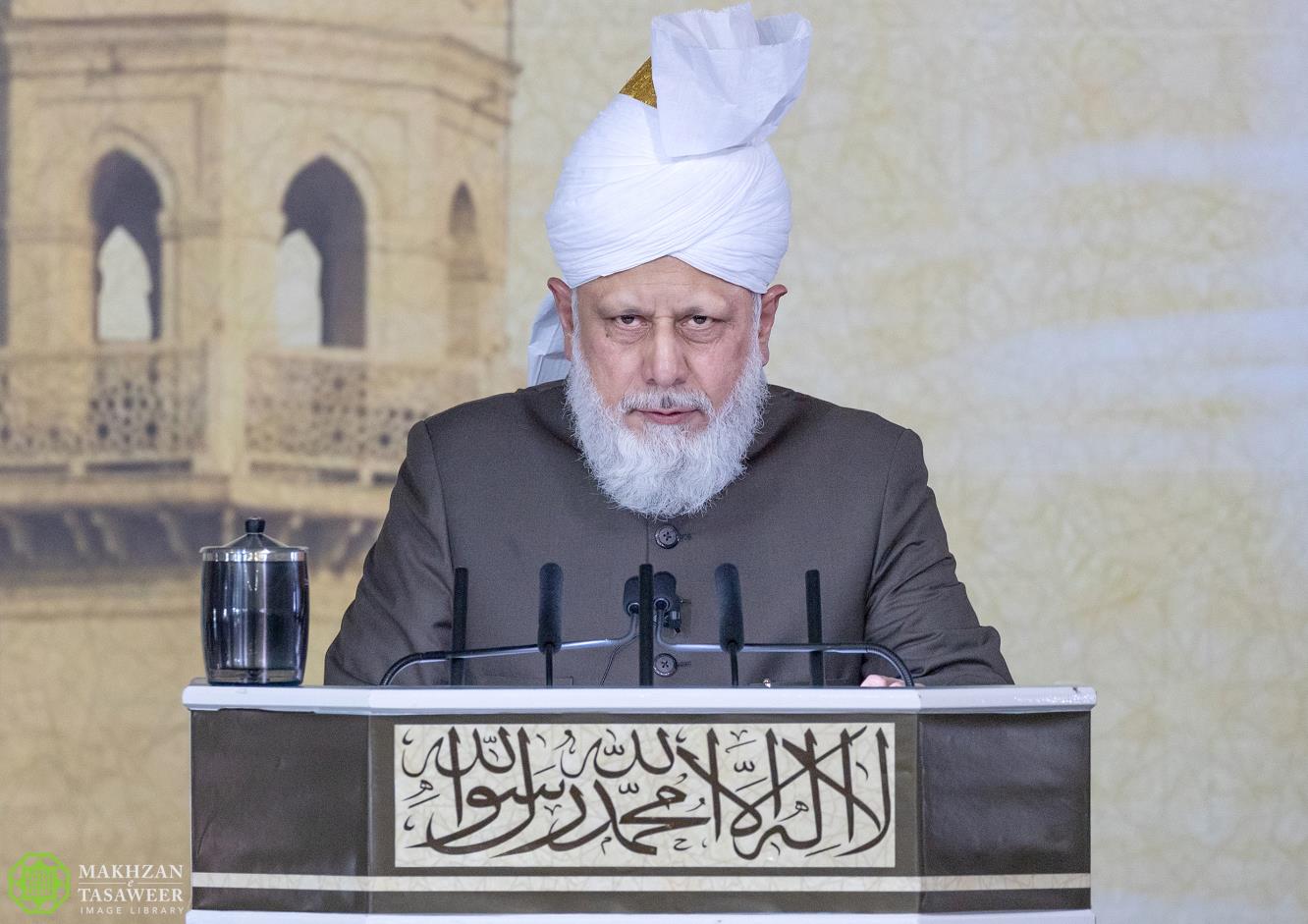 “The Promised Messiah (peace be upon him) desires a lofty standard of morals and spirituality from all members of the Ahmadiyya Muslim Community, not least from those who declare themselves to be members of Majlis Ansarullah. The examples we set should guide the youth upon the right path. The standards we set will become a guide for our children. It is our practices that will bring about positive changes within society.”

His Holiness went on to extensively quote from the writings and sayings of the Promised Messiah (peace be upon him) that highlight the Islamic emphasis on excelling in morality and spirituality. 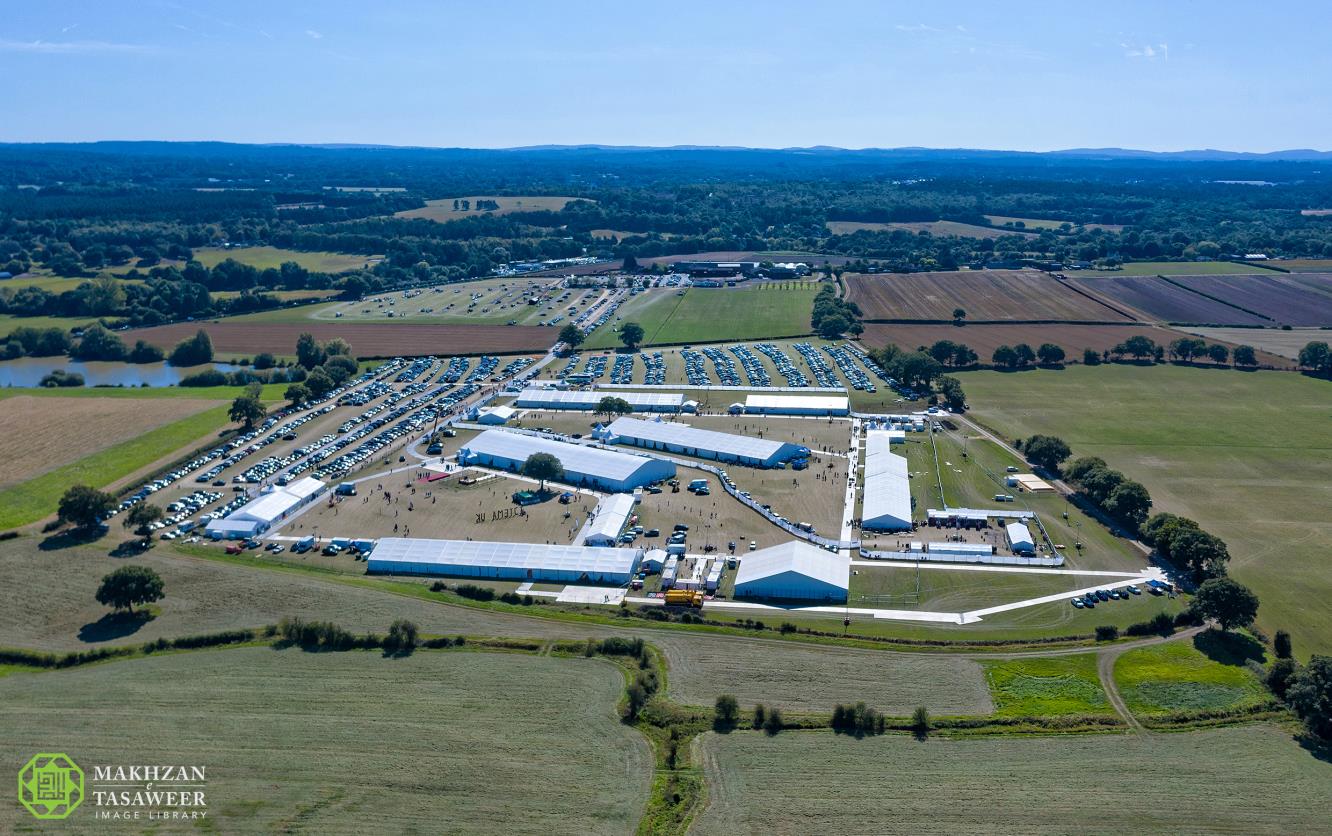 “We must assess and analyse whether our words and actions are in harmony? Is the claim that ‘we are the helpers of Allah’ reflected in our actions? We pledge to spread the peaceful teachings of Islam across the world but what is our effort in this regard? We must assess ourselves.”

His Holiness went on to speak of various moral values, including humility and kindness towards others that must be adopted in order to excel in righteousness.

Hazrat Mirza Masroor Ahmad pointed out that during the time of the Promised Messiah (peace be upon him) a large number of books were published in opposition of Islam and that such opposition continued and had evolved in the modern era.

“Nowadays it is not just books that are being published against Islam, rather, all forms of the modern media are being put to use to defame and attack Islam. Therefore today our most critical responsibility is to understand Islam, better ourselves and to create a living link with Allah the Almighty and step forward in order to show the world the true and beautiful face of Islam.”

“May we leave pious examples for our progeny and future generations and may we strive to attain the pleasure of Allah the Almighty.” 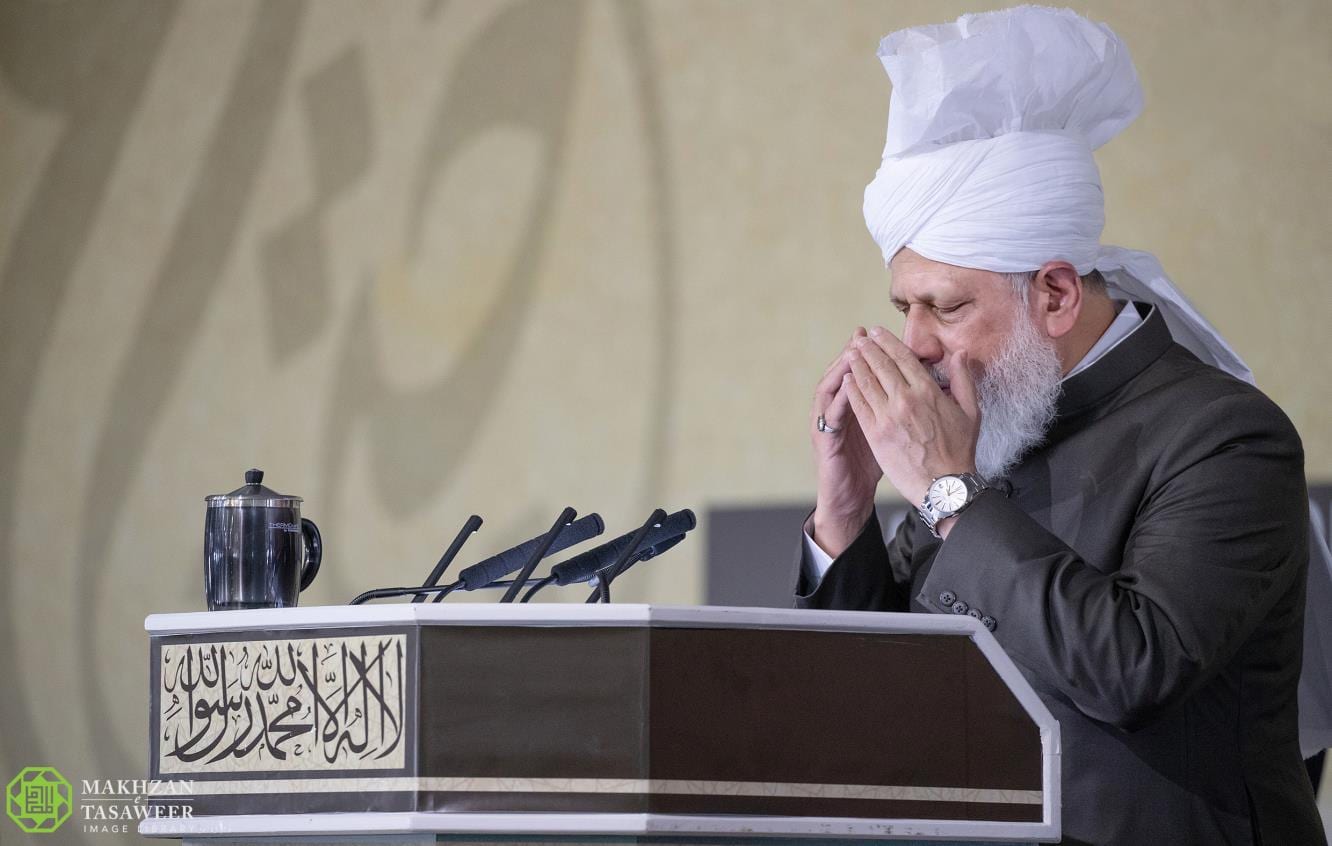 The Ijtema concluded with a silent prayer led by His Holiness.