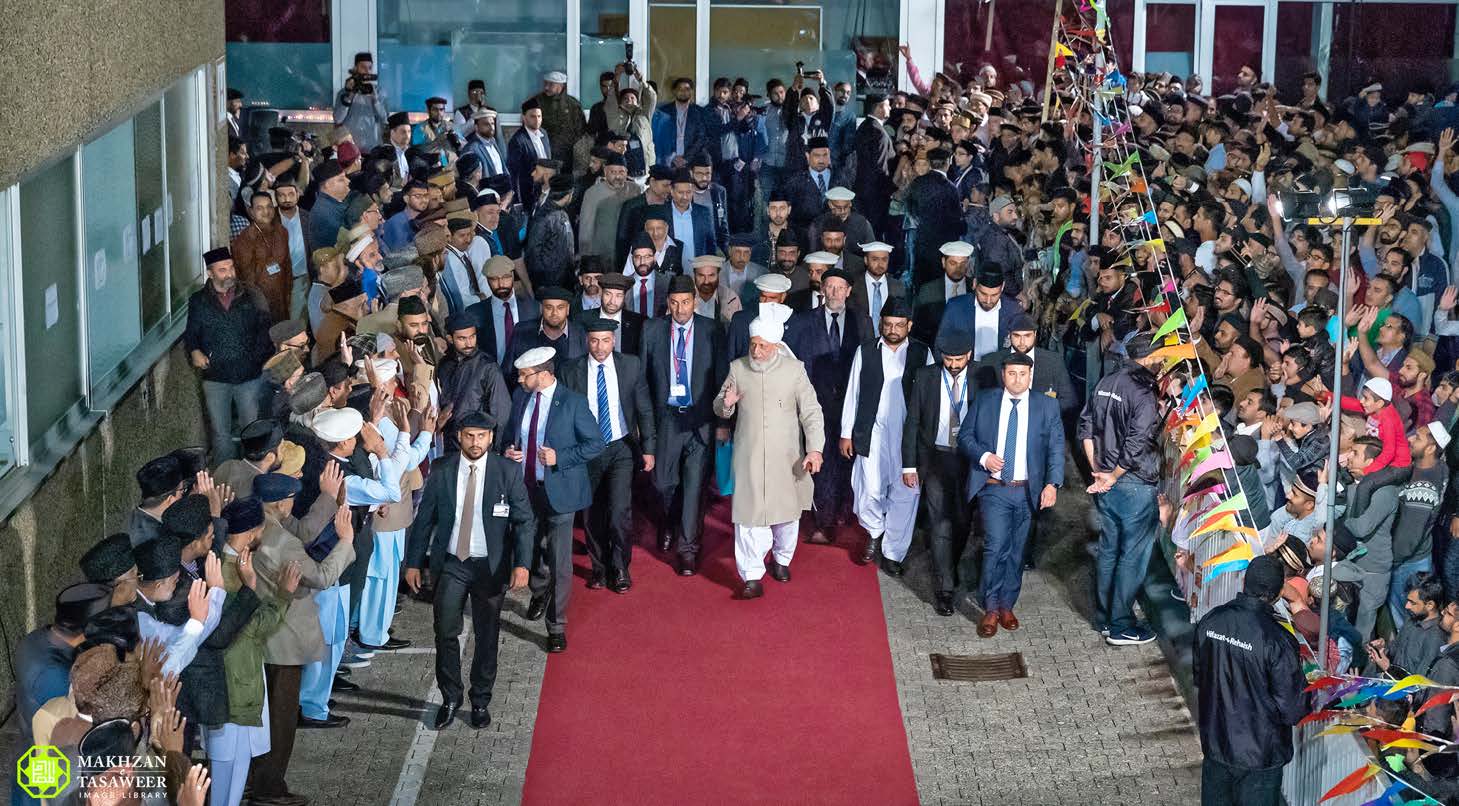 The World Head of the Ahmadiyya Muslim Community, the Fifth Khalifa, His Holiness, Hazrat Mirza Masroor Ahmad arrived at the Baitus Sabuh Mosque in Frankfurt on 1 September 2018.

The Khalifa (Caliph) travelled from London by road and after crossing into mainland Europe he was greeted by the National President of the Ahmadiyya Muslim Community in Germany, Abdullah Wagishauser and various other officials. 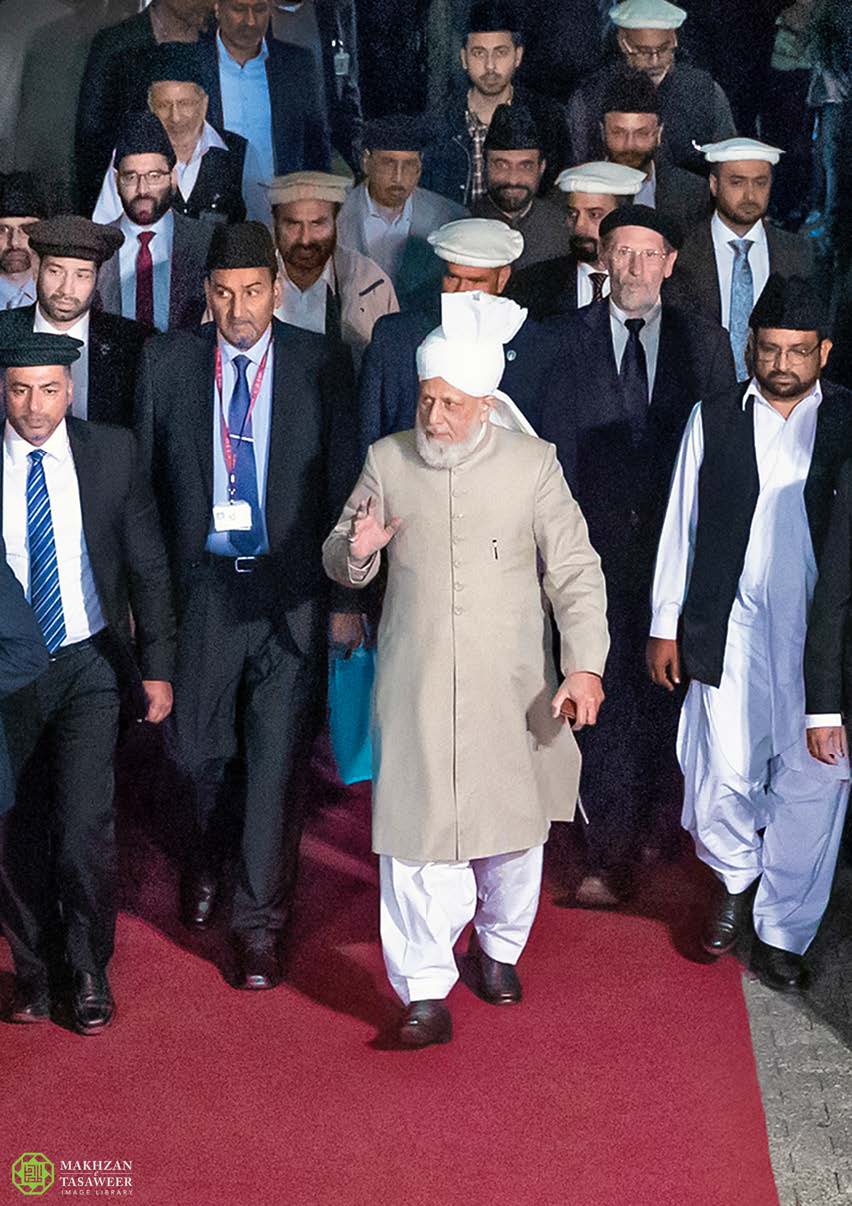 His Holiness travelled onwards to Frankfurt and arrived at the Baitus Subuh Mosque at 9pm local time where he was greeted by thousands of Ahmadi Muslim men, women and children all overjoyed to see their spiritual leader once again. Shortly after arrival, His Holiness led the Maghreb and Isha prayers.

His Holiness has travelled to attend the 43rd Jalsa Salana (Annual Convention) of the Ahmadiyya Muslim Community in Germany, taking place in Karlsruhe, in which more than 35,000 delegates from dozens of countries are expected.