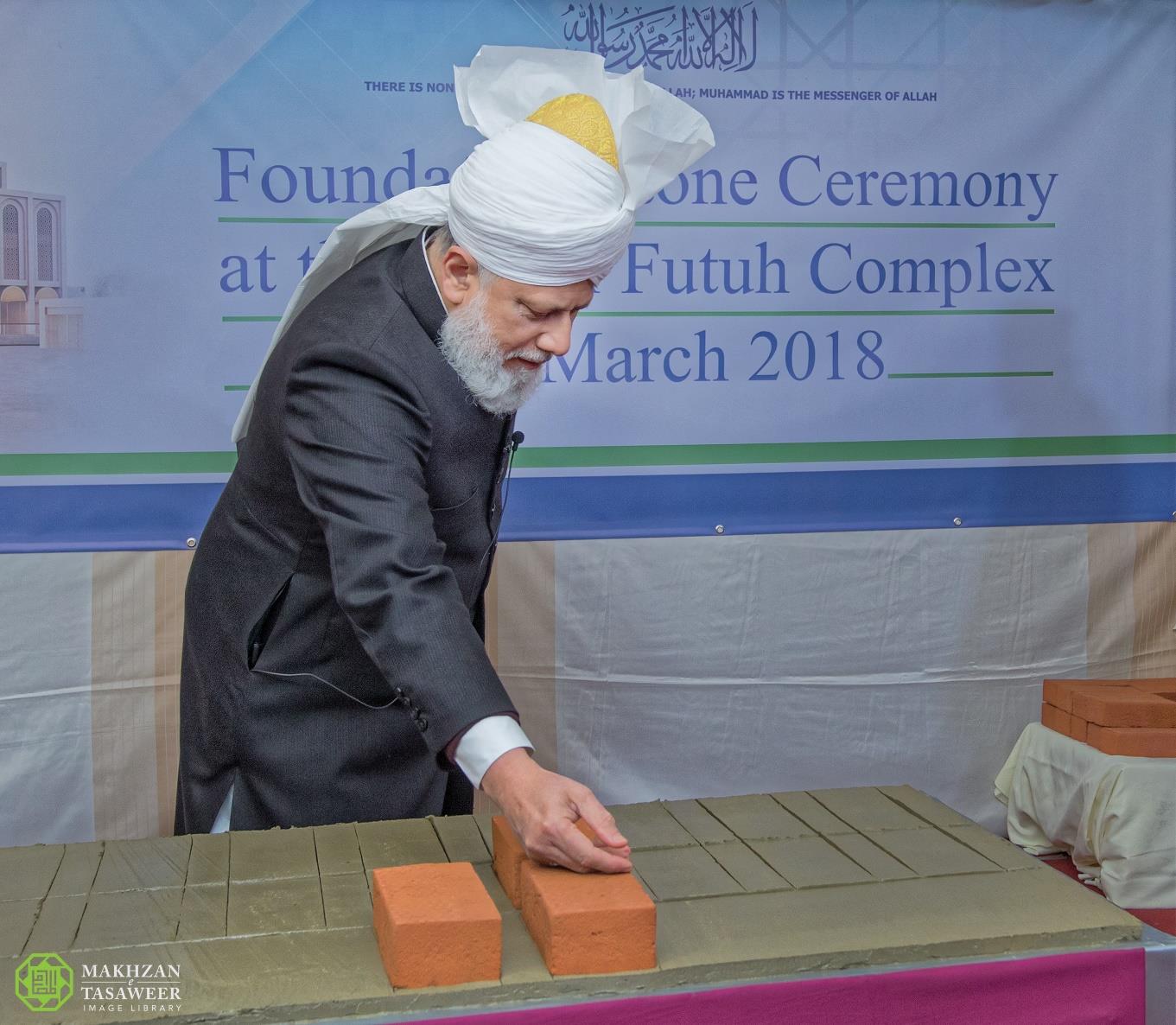 On 4 March 2018, the World Head of the Ahmadiyya Muslim Community, the Fifth Khalifa (Caliph), His Holiness, Hazrat Mirza Masroor Ahmad laid the foundation stone for the new administrative block at the Baitul Futuh Mosque complex in Morden. 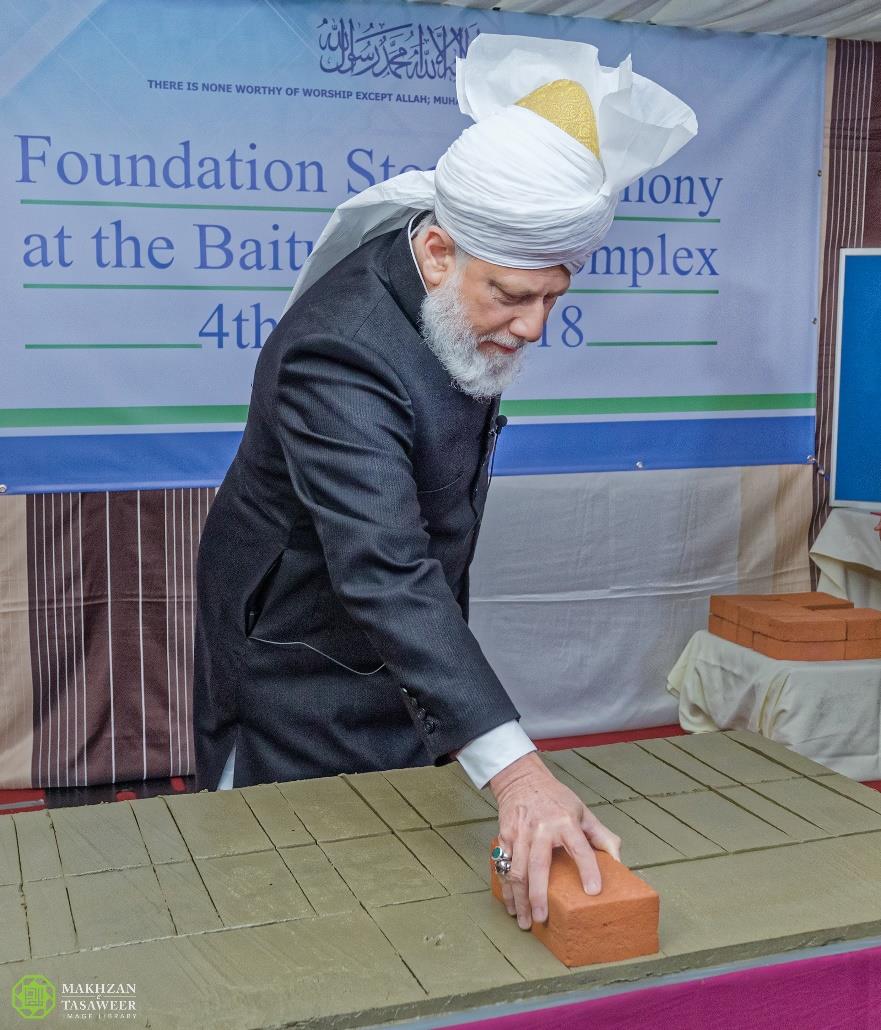 The administrative block, which will include multi-purpose halls, offices and accommodation facilities, is being rebuilt after a fire in September 2015 caused widespread damage at the site.

Shortly after leading the Asr prayer at the Mosque, Hazrat Mirza Masroor Ahmad laid the foundation stone at the site. 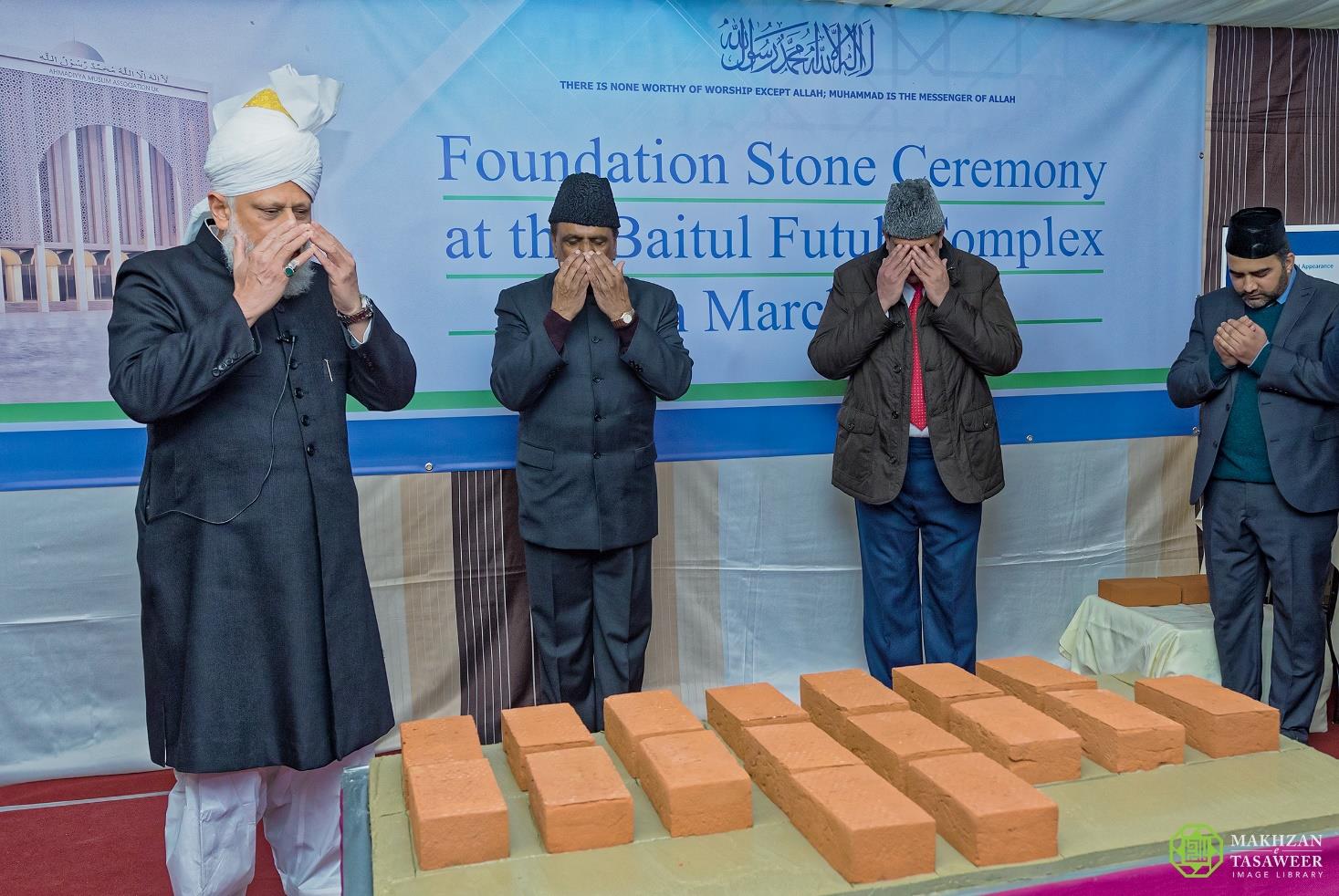 “It is essential for a true believer to understand the true meaning of patience. Patience does not mean that a person cannot feel regret or pain over a loss. Rather, it means that he or she should not be overwhelmed and consumed by despair to such an extent that they lose their senses and any hope.”

“Of course, some regret is normal, but alongside it, a person should seek to recover and to make a firm resolution to attain even greater heights in future. Thus, in the face of this trial, we should pledge and prove from our actions that we will successfully pass through this period with patience and by prostrating before Allah the Almighty.”

“As I mentioned before, a lot of damage was sustained during the fire. However, God willing, we will soon build an even better and more beautiful building and we will be the ones who sincerely say Subhan’Allah (Holy is Allah) and Masha’Allah (With the Will of Allah).”

The reconstruction work is due to start shortly and it is expected that the building will be completed and fully up and running within two years.