The World Head of the Ahmadiyya Muslim Community, the Fifth Khalifa (Caliph), His Holiness, Hazrat Mirza Masroor Ahmad arrived in Copenhagen, Denmark on 4th May 2016 after a short flight from London. 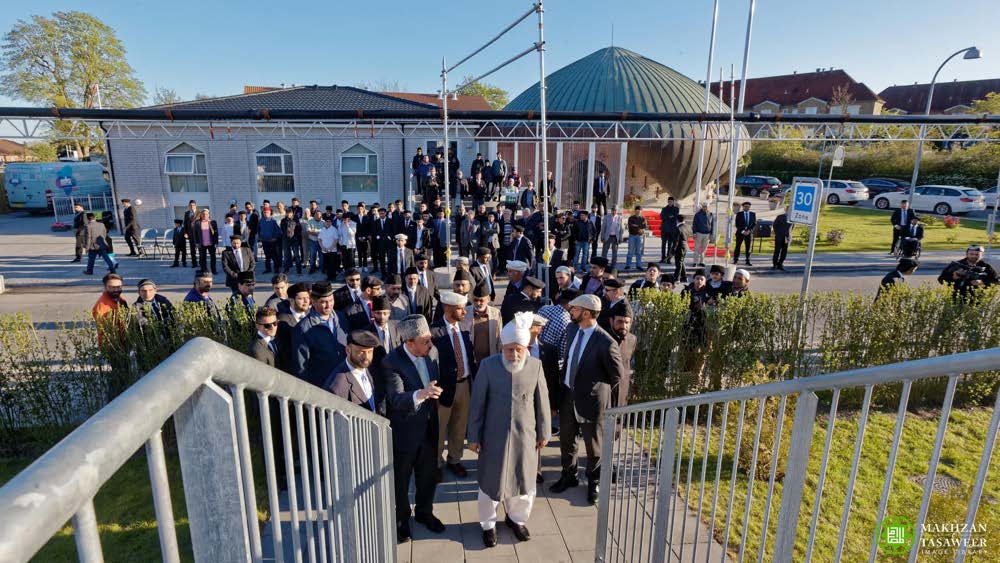 Later, His Holiness led the Zuhr and Asr prayers before inspecting the Mosque complex which has recently been renovated and extended.

During his visit, His Holiness will deliver his weekly Friday Sermon from the Nusrat Jahan Mosque in Copenhagen and will also deliver the keynote address at a special reception being held in honour of his visit. 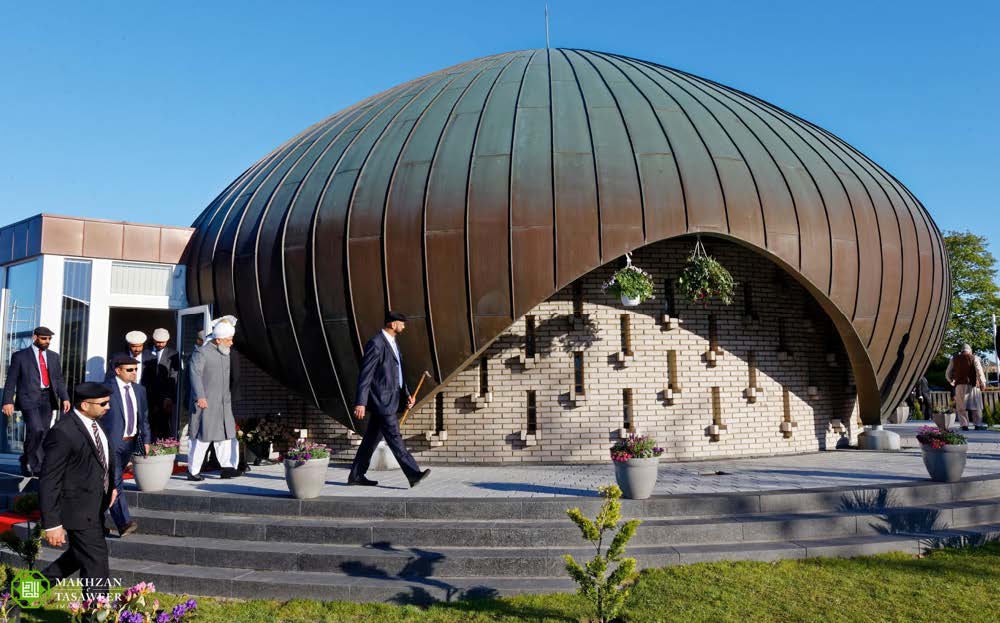 His Holiness will also meet various dignitaries and guests as well as personally meeting with the members of the Ahmadiyya Muslim Community living in Denmark.