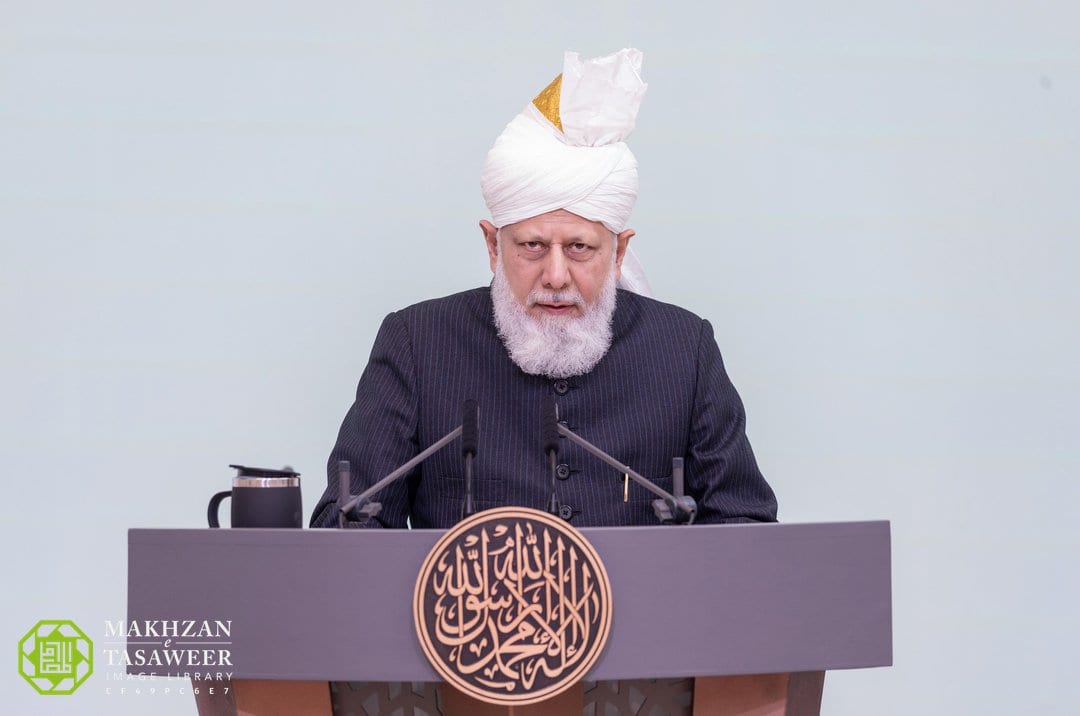 The World Head of the Ahmadiyya Muslim, Community, the Fifth Khalifa (Caliph), His Holiness, Hazrat Mirza Masroor Ahmad has strongly condemned the cruelties being perpetrated upon the Palestinian people by Israel during his Eid-ul-Fitr Sermon earlier today.

Speaking from the international headquarters of the Ahmadiyya Muslim Community, at the Mubarak Mosque in Islamabad, Tilford, His Holiness condemned the use of unjust force inflicted in recent days by the Israeli State against Palestinians and their attempts to evict Palestinian families from their homes in Sheikh Jarrah. 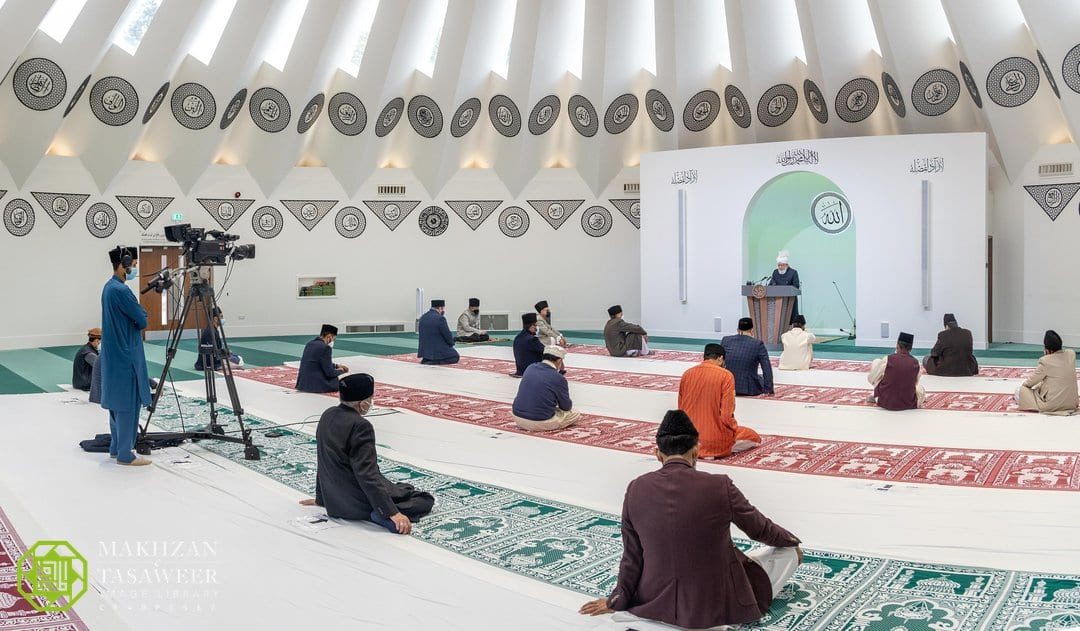 “Today, we must sincerely pray for the Palestinian people who are currently being subjected to grave cruelties. In recent days, when they went to pray in the Al Aqsa Mosque they were brutally attacked and beaten by the state authorities. Similarly, they are being forced out of Sheikh Jarrah, a small neighbourhood, which is their own land.”

“The (Israeli) police are using tear gas and bullets and now airstrikes have started. They say they are targeting their enemies and militants but in reality, horrific and unjust cruelties are taking place and innocent civilians are being attacked. There have also been media reports that the Israeli police have denied wounded people access to medical aid and treatment.”

“May Allah have mercy on the oppressed and may He bring the oppressors to justice.”

His Holiness also spoke of how the United States State Department had thus far failed to condemn the killings of nine innocent children on Monday by Israeli airstrikes. Since then, many more innocent Palestinians had been killed.

“An article in the Israeli newspaper Haaretz states: ‘This is the unique version of justice that is practiced around here: What’s mine is mine forever, and what’s yours – is also mine forever.’ This is exactly how the rights of the Palestinians are being usurped. May Allah the Almighty have mercy upon them. This Eid has brought mountains of grief, rather than joy for the Palestinians. May Allah transform their grief into joy and may they be able to live their lives in peace and serenity.”

“May the Palestinian people find leaders who can guide them in the right way. Certainly, Muslim countries should come together and play their role to protect the Palestinians and other Muslims who are being oppressed in the world. However, the Muslim world is divided and there is a complete lack of unity amongst the Muslim nations. Certainly, in this instance, the Muslim countries have failed to show the reaction they ought to have. They have given weak statements, whereas if they had all come together and given a united statement it would have had far greater impact and carried much more weight.”

“May Allah grant sense and wisdom to the Muslim leadership. May He also give sense to the Israelis that they may refrain and withdraw from their injustices. Further, may Allah guide the Palestinians who are suffering from a lack of leadership if there is any injustice from their side – though in reality, this is not the case. If they (the Palestinians) are using sticks they are being subjected to heavy missiles and sophisticated weaponry, which is something I have mentioned before as well. There is no comparison in terms of the force being used by both sides. We must therefore pray for the Palestinians. May Allah the Almighty better their situation and create the means for their freedom and may they continue to hold on to their rightful places and land that were allotted to them in the initial treaty.”

His Holiness also reminded Ahmadi Muslims to pray for the wider world during his Eid sermon and said that they should pray for all needy people in the world and those being subjected to injustices.