“Become firmer in your faith and be mindful of fulfilling the rights of one another. This is the lesson taught to us by this Eid of Sacrifice” – Hazrat Mirza Masroor Ahmad

The World Head of the Ahmadiyya Muslim Community, the Fifth Khalifa (Caliph), His Holiness, Hazrat Mirza Masroor Ahmad, delivered the Eid-ul-Adha sermon on 12th August 2019 from the Baitul Futuh Mosque in London. 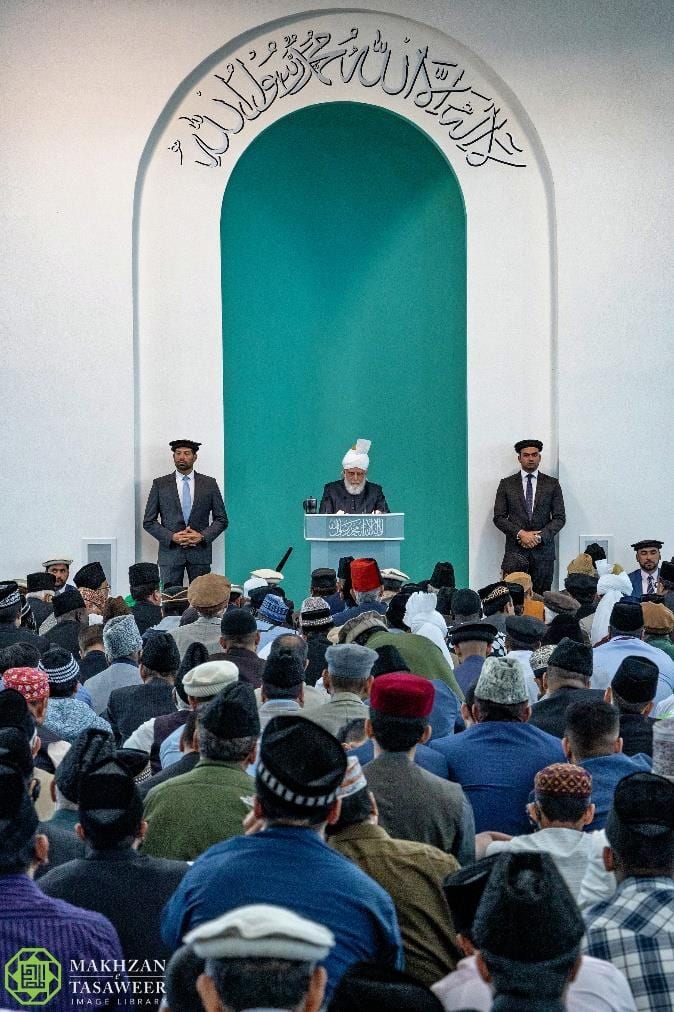 His Holiness began his address by quoting chapter 22, verse 38 of the Holy Quran which reminds Muslims about the importance of understanding why they sacrifice an animal.

“God Almighty has stated that righteousness is the true essence that should underlay any sacrifice of animals we make. This is what is beloved to God. By making the physical sacrifice, the person making the sacrifice expresses his willingness to forego all his personal desires for God… The person making the sacrifice should take a lesson from this act of sacrificing an animal and realise that he too should be willing to make every sacrifice of his personal desires for the greater goal of achieving the nearness and pleasure of God Almighty.”

His Holiness said that it is important for Muslims to realise and learn from the occasion of Eid-ul-Adha – that they should be willing to prioritise the commandments of God Almighty above and beyond any personal desires and wishes. His Holiness also said that if this Eid fails to remind us of this purpose, then it is like any other celebration and it would not have served its true purpose.

His Holiness explained that one’s spiritual and physical being are both intertwined and ‘run in parallel’. They both affect each other and neither can be ignored.

“These physical sacrifices that we make are there in order to shake our spirit, to make it realise that just as this animal was sacrificed for our use, a true believer should be ready to make every sacrifice, following the commandments of God. Prepare both your physical and spiritual selves for making sacrifices and elevate your standards of righteousness.”

His Holiness explained that though sacrifice can at times be challenging, the rewards for those who do so for the sake of Allah are never ending.

“The woes and worries of those who remain ready at every moment to sacrifice for the sake of God, turn into happiness through the attainment of God Almighty’s pleasure. “

His Holiness impressed the need for Ahmadi Muslims to set a high moral example for others to follow and to live up to the standards of being followers of the Promised Messiah (peace be upon him).

“In this day and age, when we have accepted the Promised Messiah and Mahdi (peace be upon him), it is incumbent upon us to evaluate as to whether the manifestation and standard of each and every form of our pious actions is on par with the standards set by the companions of the Holy Prophet Muhammad (peace and blessings be upon him), or that at the very least, we are endeavouring to reach those standards. If we claim to be the community of the latter days, then we must also display an outstanding example.”

His Holiness explained that Muslims must endeavour to rid themselves of all forms of evil and to safeguard the rights of both God and the rest of humanity as well.

Hazrat Mirza Masroor Ahmad quoted the Promised Messiah (peace be upon him) who said:

“Allah the Almighty wishes for unity to spread in the world and he who causes his brother grief, commits injustice and deception, becomes an enemy of this unity. Until and unless wrongdoing is eradicated from the hearts, it is impossible for true unity to prevail. True righteousness is in safeguarding oneself from all forms of evil.”

Towards the end of the sermon His Holiness instructed members of the Ahmadiyya Muslim Community to pray for various people including those who had been martyred, the pioneer missionaries who spread the message of the Ahmadiyya Muslim Community around the world, those who had dedicated their lives for the service of Islam and those who were persecuted and imprisoned on account of their faith.

“May God Almighty enable us to tread the path of true righteousness, may this Eid of Sacrifice allow us to fully comprehend and understand the real concept of sacrifice and may we endeavour to purify ourselves of all forms of evil. May we, whilst understanding the intricate forms of righteousness, strive to attain the pleasure of Almighty God, and be counted among those who are given glad tidings by Him.” 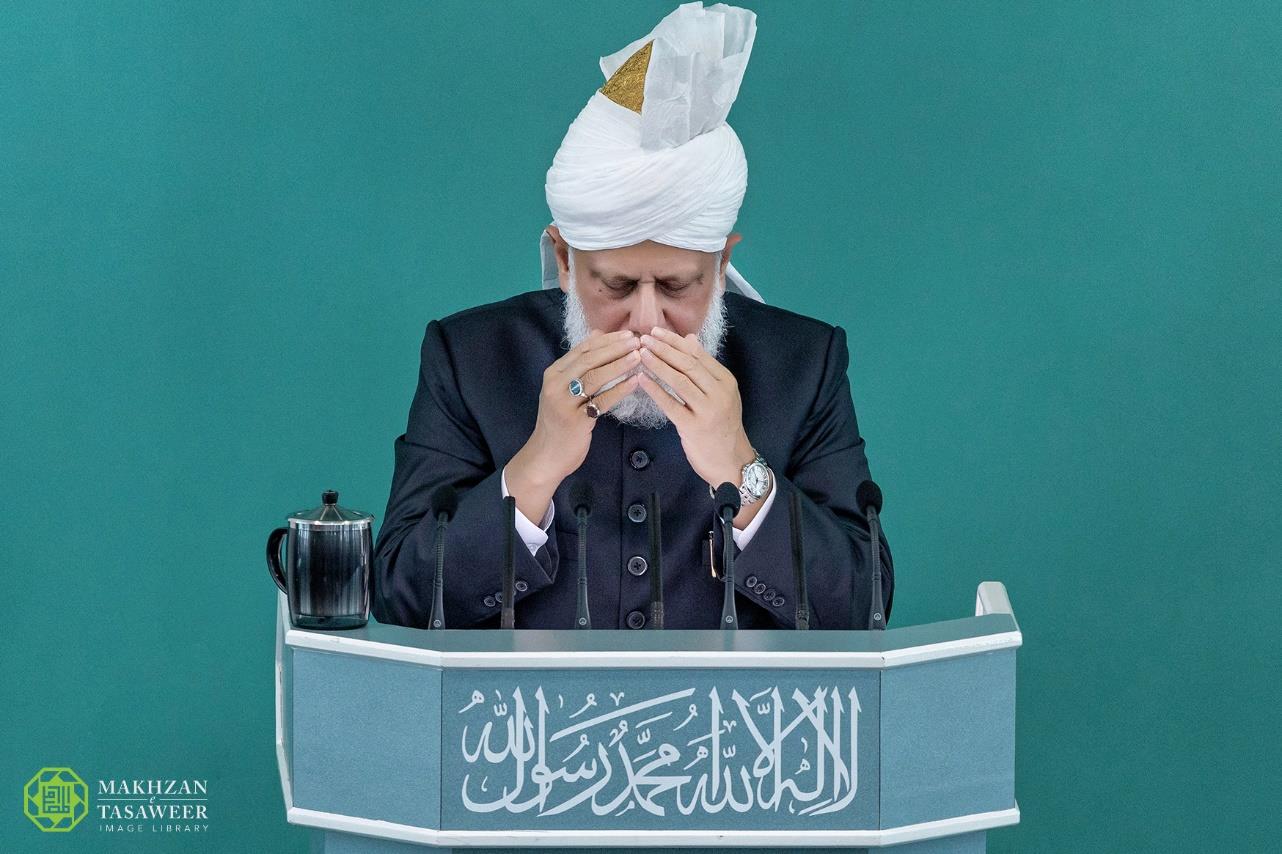 “May Allah the Almighty pardon and cover our shortcomings, have mercy on us and enhance each and every one of us in our faith and belief. May we see even greater examples of the success of Islam Ahmadiyya, the true Islam, so that we may come to see the joys of that true day of celebration. Supplicate these prayers continually, become firmer in your faith and be mindful of fulfilling the rights of one another. This is the lesson taught to us by this Eid of Sacrifice, may Allah the Almighty enable us to act upon it. Ameen.”

Following the conclusion of the sermon, His Holiness shared the greetings of ‘Eid Mubarak’ to all and concluded with a silent prayer.