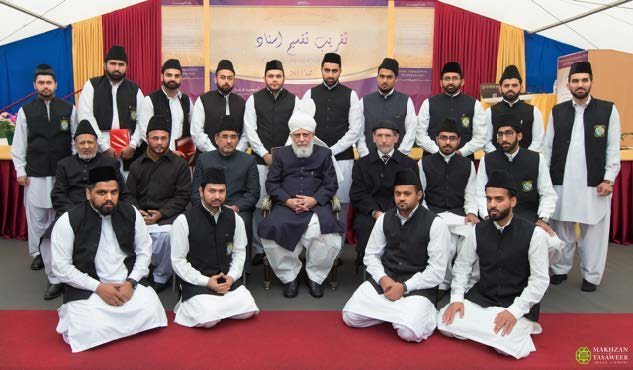 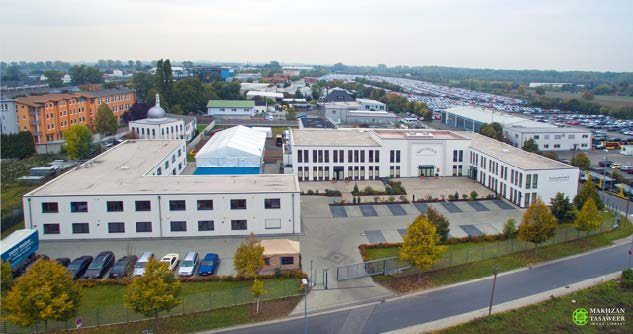 The ceremony was presided by the World Head of the Ahmadiyya Muslim Community, the Fifth Khalifa (Caliph), His Holiness, Hazrat Mirza Masroor Ahmad.

During the ceremony, 16 graduates were presented with their ‘Shahid Degree’ certificates by Hazrat Mirza Masroor Ahmad and were thus enrolled as official Missionaries of the Ahmadiyya Muslim Community.

Following the presentation, Hazrat Mirza Masroor Ahmad delivered a faith-inspiring address, in which he reminded the graduates of their vast responsibilities and the importance of the covenant they had made with God Almighty.

“The pledge you have made of devoting your entire lives to the spread of the true and peaceful teachings of Islam is not an insignificant matter. Having studied the Holy Quran for the past seven years you are well aware of the importance of fulfilling pledges and so remember that you will certainly be called to account by Allah the Almighty regarding your pledge as a life devotee.” 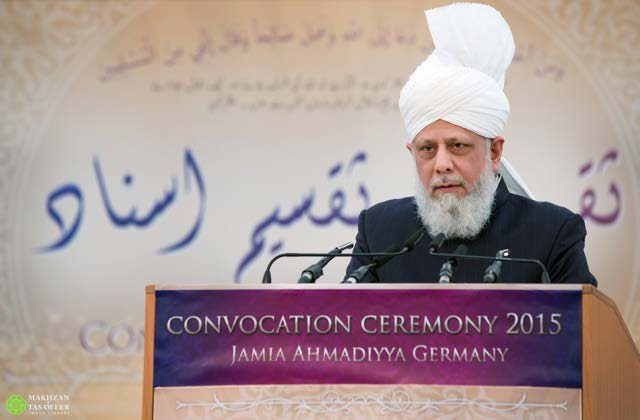 “Remember, that you cannot fulfill your duties unless you continually assess your own acts and seek true piety. You will only fulfil your pledge when you become a true model of the teachings of Islam. Only then will you be able to spread its message and to engage in the moral training of the members of the Community.” 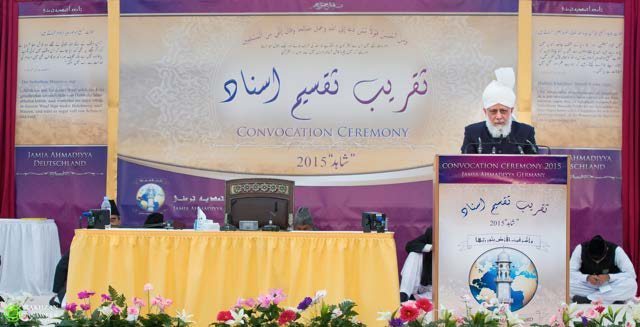 “There should never be any conflict or discrepancy between what you preach and your own behaviour. You must make sure you are acting upon the advice you are giving to others.

Only, when you practice what you preach will your words inspire others towards goodness and piety. In the past your weaknesses were overlooked as you were students, but now people will look up to you and expect you to set the very highest standards of morality and righteousness.”

Reminding the graduates of their responsibilities as standard-bearers, Hazrat Mirza Masroor Ahmad said:

“You are the first class to graduate from Jamia Ahmadiyya Germany and therefore it is your duty to set the very best example and to be a positive role model for those who follow in your footsteps.”

His Holiness said it was the duty of Ahmadi Muslim Missionaries to prove wrong those who sought to defame Islam or associate it with extremism or violence.

“Today, many people seek to associate Islam with extremism due to the acts of certain Muslim groups and so it is your duty to inform the world of the peaceful teachings of Islam. You must refute the hateful ideology and conduct of extremists by shining a light upon the true teachings of the Holy Quran. You must present before the world, Islam’s teachings of love, compassion and kindness.”

Regarding the importance of unity, Hazrat Mirza Masroor Ahmad:

“Where Allah has told Muslims to seek to excel others in virtue, it also means that they should grasp the hands of their weaker brothers and sisters and help them to achieve nearness to Allah. Certainly, this spirit of generosity leads to the unity of our Community.” 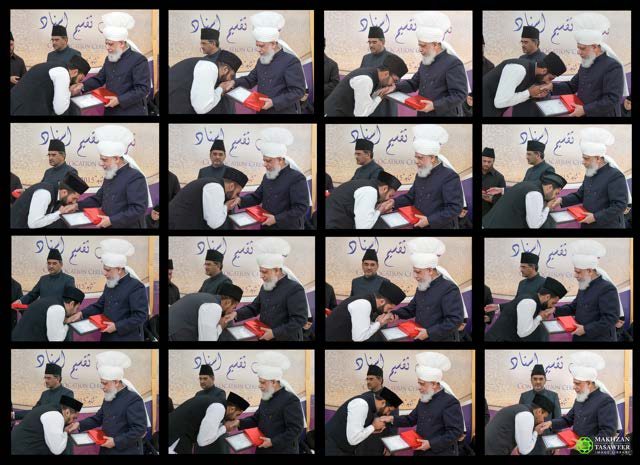 “As Missionaries, you are the representatives of Khalifatul Masih and so it is your duty to convey the voice of the Khalifa to all parts of the world. The only way you can successfully relay his message is if you yourself hear what he says and implement his guidance in your own lives. Only then will you be ready to act as true ambassadors of Khilafat.” 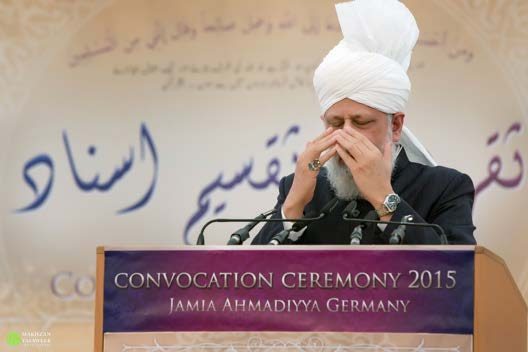 The ceremony concluded with a silent prayer and thereafter His Holiness inspected the Jamia Ahmadiyya complex. 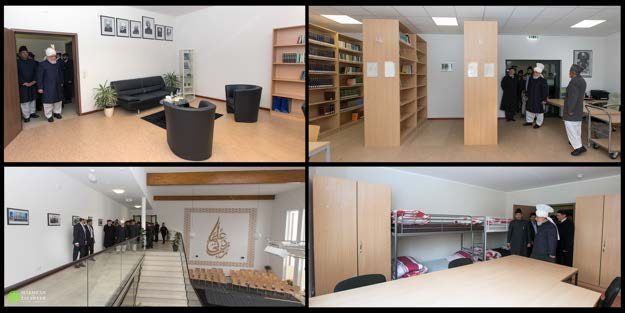