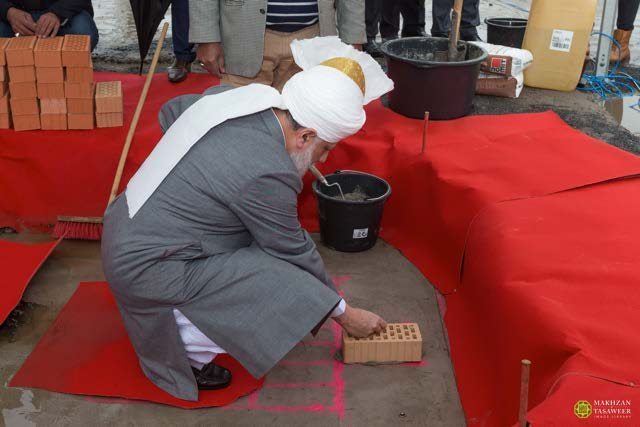 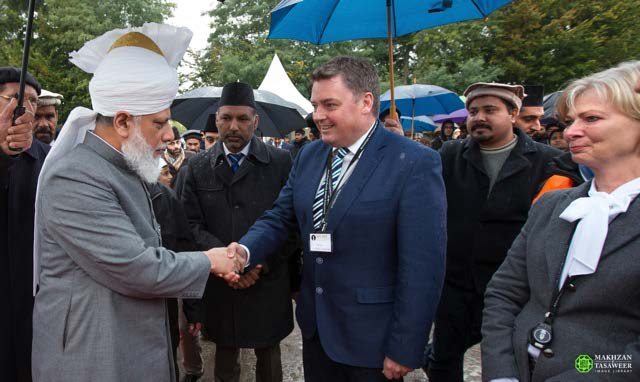 Around 100 guests attended the ceremony, including various dignitaries, such as Mayor of Nordhorn, Thomas Berling and Deputy District Commissioner, Helena Hoon.

The formal session began with a welcome address given by Abdullah Wagishauser, the National President of the Ahmadiyya Muslim Community in Germany.

He informed the audience that the Ahmadiyya Muslim Community in Nordhorn was providing assistance to the local authorities as they deal with the sudden influx of refugees from Syria.

“It is a great honour for us to welcome His Holiness, Hazrat Mirza Masroor Ahmad to this region. The Ahmadiyya Muslim Community in Nordhorn is relatively small, however its contribution to the local society is vast and so I believe this Mosque will prove to be a symbol of integration and tolerance.”

The keynote address was delivered by Hazrat Mirza Masroor Ahmad, who said the Founder of the Ahmadiyya Muslim Community had instructed that it was the duty of Muslims to fulfil both the rights due to God and to humanity.

Based on this teaching, His Holiness said the new Mosque would not only be a place to worship the One God, but would also prove a means of serving and protecting all people.

“If people paid attention to fulfilling the rights of God and to serving humanity then this world would became a haven of peace and all enmities would die away. Certainly, the Mosques that we build are those that remove all conflicts and hatreds and spread only peace.”

“As Muslims, we believe Allah to be the Lord of all mankind and so it is incumbent upon us to serve and care for all people. Thus, Ahmadi Muslims will always be ready to serve humanity in any way we can.”

The religious leader said that it was the duty of Muslims to love and protect their neighbours.

“It is impossible for us to want peace for ourselves, but to want conflict and misery for our neighbours. Thus, when we build Mosques we believe it is our duty to protect and love all those around us. Where our Mosques are a place of peace and comfort for us, we also wish to provide love, comfort and peace to all others.”

His Holiness said that the fact so many guests were attending the ceremony proved that the local people had extremely high moral standards and sought an inclusive society in which all people were welcome.

He said that the local people had

“tightly grasped the hand of friendship extended by Ahmadi Muslims”. 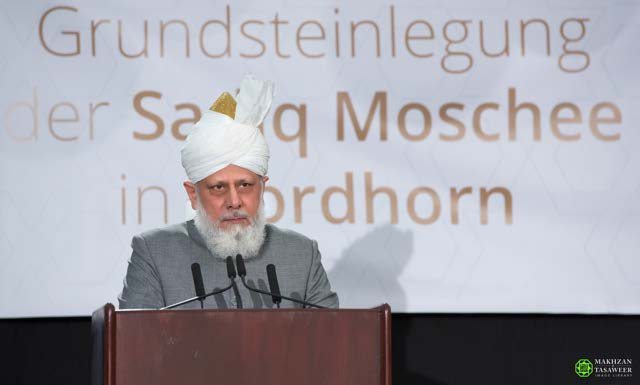 “I pray that this Mosque proves to be a means of removing any fears or reservations that you may hold about Islam and, God Willing, it will be a means of manifesting the true Islam, which is of peace, harmony and love.” 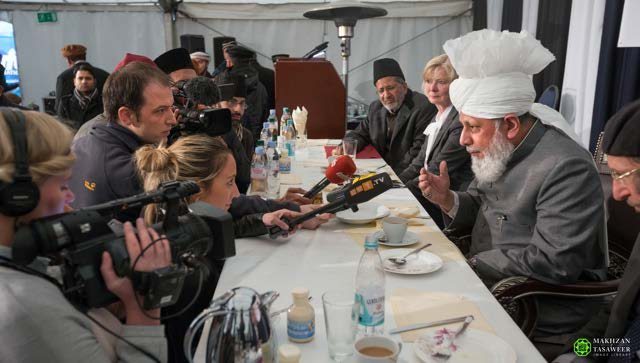 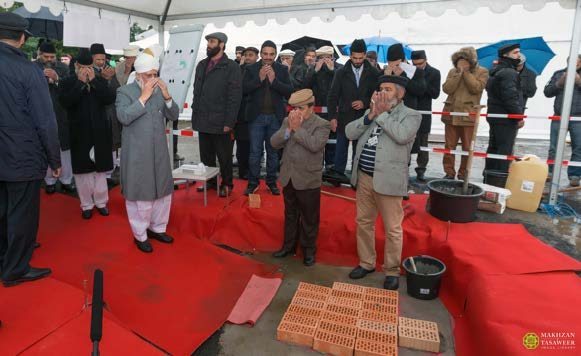 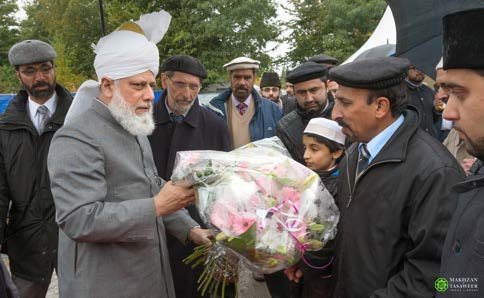