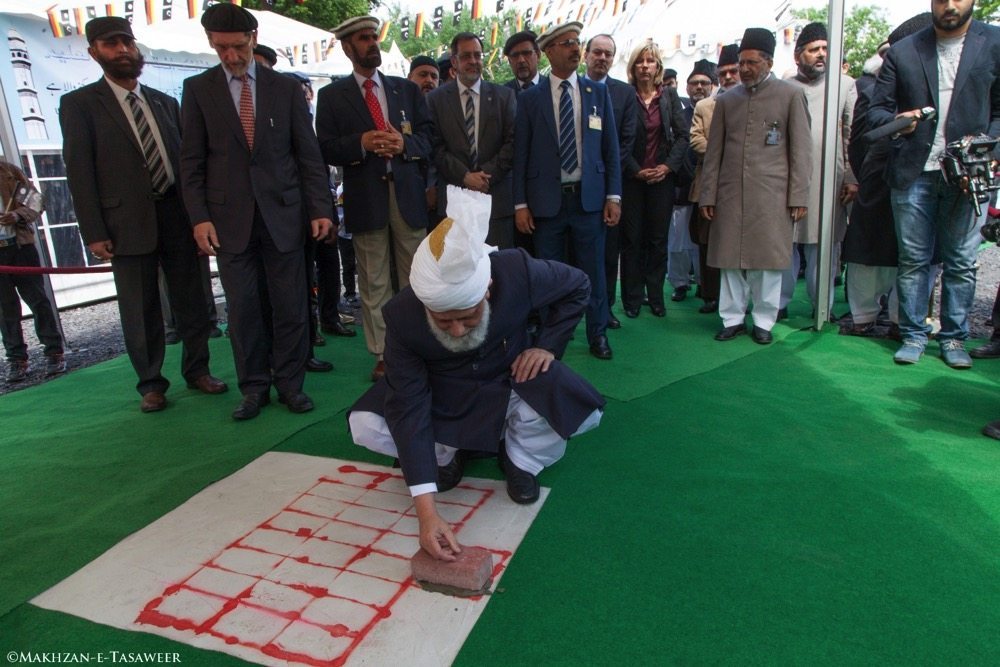 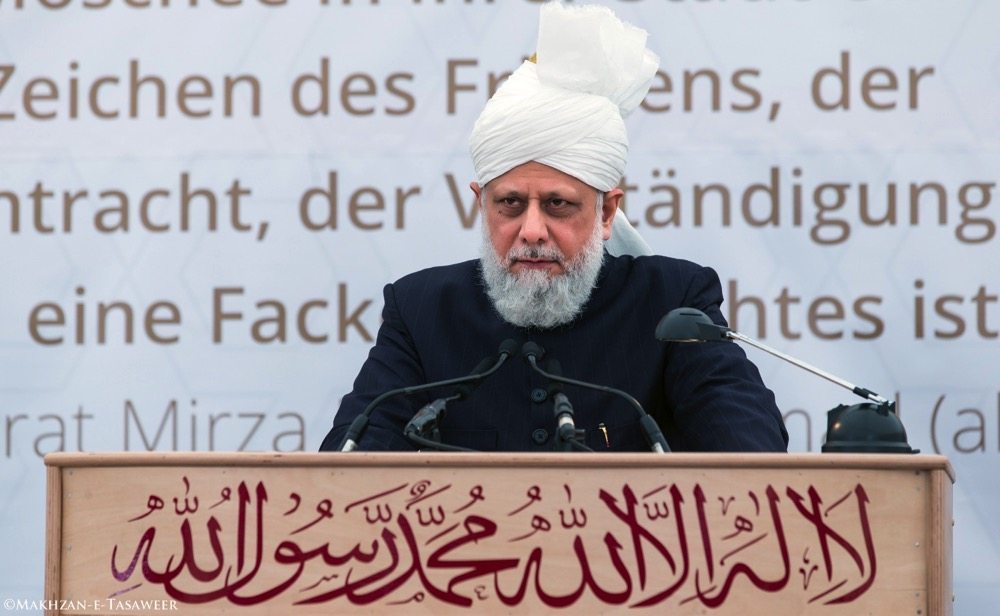 More than 50 guests attended the ceremony, including various dignitaries, such as Commissioner, Thomas Gemke and Member of Provincial Assembly, Michael Scheffler. 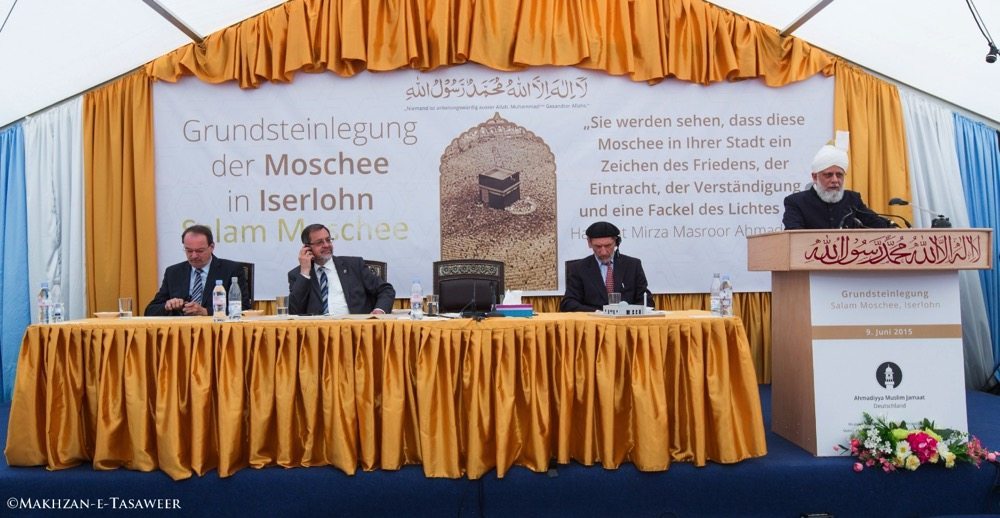 “I am very pleased that the Ahmadiyya Muslim Community has decided to build a new Mosque in our region. Your motto of ‘Love for All, Hatred for None’ is a slogan for the entire world and a standard of peace that we should all seek to attain.”

“For many years I have seen how the Ahmadiyya Muslim Community is spreading peace in this region. Anyone who spreads such a message will always be welcome in Iserlohn.”

“Ahmadi Muslims are people who have opened themselves up to others and the fact you have invited us all to participate in today’s celebration is proof of this.”

The keynote address was then delivered by Hazrat Mirza Masroor Ahmad who said it was imperative that people of all religions and backgrounds were able to live side by side in peace and harmony, and that this had always been the message and belief of the Ahmadiyya Muslim Community.

His Holiness said that whilst the local area was blessed with great natural beauty, an even greater form of beauty was the open-minded nature of the local people, who had exhibited great courtesy by accepting the invitation of the Ahmadiyya Muslim Community to the foundation ceremony.

Similarly, His Holiness said a Mosque’s beauty was not dependent on its physical appearance.

“The beauty of a Mosque is not determined by its shape or size, but rather by the conduct of those who enter its doors. A Mosque of true beauty is one in which the worshippers fulfil the rights of God Almighty and the rights of mankind.” 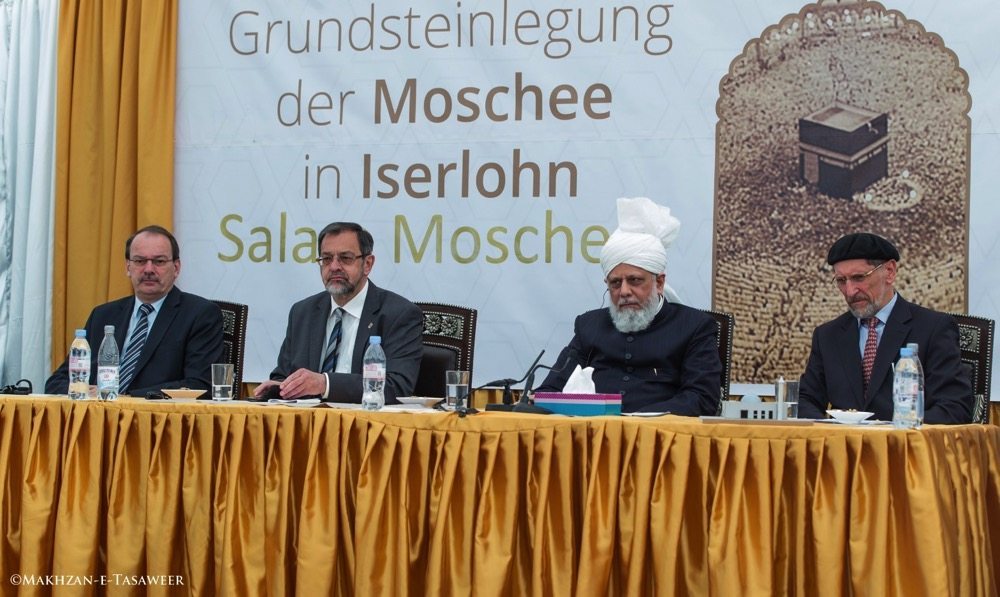 “To worship in a Mosque is not enough on its own – rather it is essential that Muslims are those who establish the very highest human values. If a Muslim fails to discharge the very highest standards of humanity then his or her faith will remain incomplete.”

Speaking about the importance of positive integration into a local society, Hazrat Mirza Masroor Ahmad said:

“Members of the Ahmadiyya Muslim Community are members of the societies in which they live and so their responsibilities are the same as all other citizens. Thus, every Ahmadi Muslim living in Germany must serve the nation and seek its progress.” 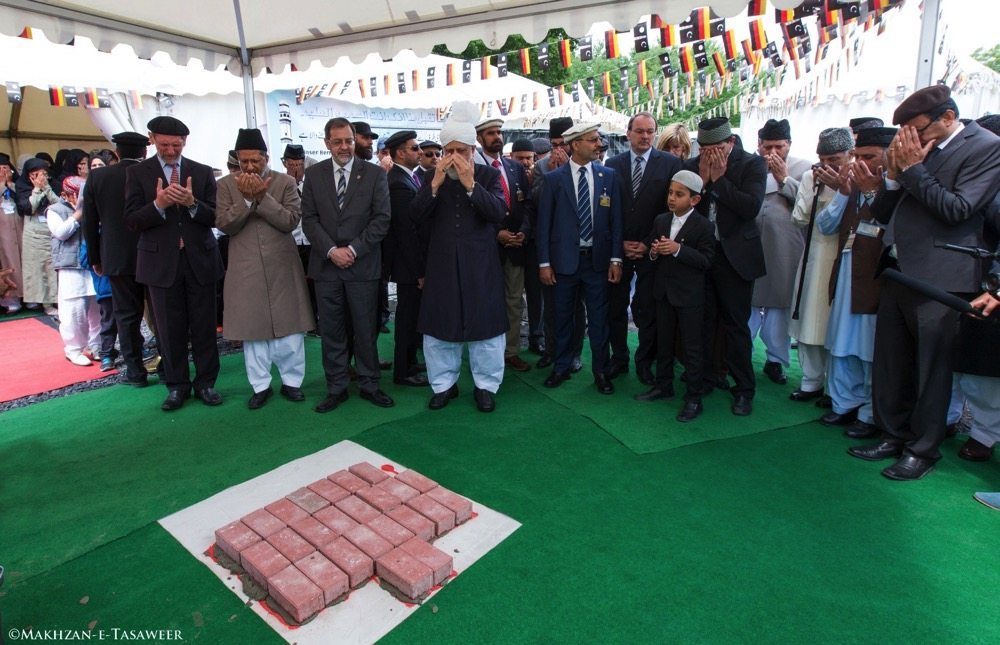