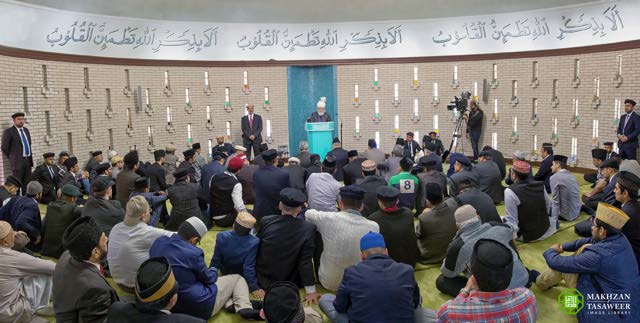 On 6 May 2015, the World Head of the Ahmadiyya Muslim Community, the Fifth Khalifa (Caliph), His Holiness, Hazrat Mirza Masroor Ahmad delivered his weekly Friday Sermon from the Nusrat Jahan Mosque in Copenhagen, Denmark.

During his address, His Holiness noted that it had been eleven years since his last visit to Copenhagen and that during the intervening period, the Ahmadiyya Muslim Community in Denmark had progressed in various ways.

His Holiness said that such progression demanded the local Ahmadi Muslims to exhibit gratitude to God Almighty. 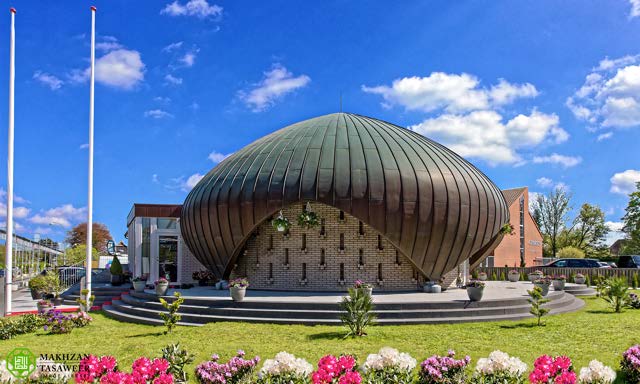 “To merely express thanks verbally is not enough, rather we must ask ourselves if we are truly following the commandments of Allah the Almighty.”

“To continue to receive the favours of Allah the Almighty, one must always seek to improve his or her conduct and actions. If we become negligent in our religious endeavours then we will be responsible for taking our children away from religion and Allah’s grace.” 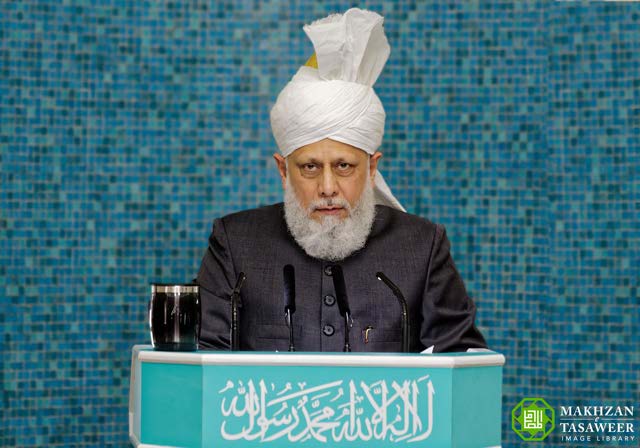 His Holiness said the Ahmadi Muslims in Denmark hailed from various backgrounds, wherein some were born Ahmadi Muslims, some were local converts and some had migrated to Denmark from other nations or territories, such as Kosovo.

“We, Ahmadi Muslims, must ask ourselves whether we are actually fulfilling the pledges of our faith or are we merely following the faith of our fathers in name only?… Furthermore, those who have come here in search of a better future should ask themselves if the improved conditions have driven them away from their faith?”

Hazrat Mirza Masroor Ahmad said that Islam’s teachings were of kindness, love and compassion. However, rather than exhibiting such qualities, there were many people who usurped the rights of others and perpetrated cruelties and injustice. His Holiness said that if such acts were conducted by Muslims it was a source of deep regret because Islam’s teachings were of peace and love for all.

Hazrat Mirza Ghulam Ahmad (peace be upon him) said:

“God Almighty desired to raise a new community of the spiritually revived and that is why we are spreading the true peaceful teachings of Islam so that people may attain a life of righteousness.”

His Holiness said it was the duty of Ahmadi Muslims to set the very highest standards of morality and to inspire others through their good conduct. His Holiness warned that if any Ahmadi Muslim acted immorally or unjustly they would defame not only themselves but also the Ahmadiyya Muslim Community itself. 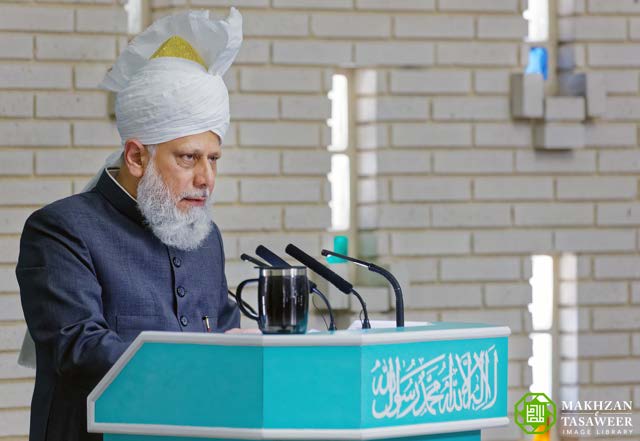 “May the members of the Ahmadiyya Muslim Community guide the world towards the path of truth through our actions and may we forever show true gratefulness to God for all His favours upon us.”