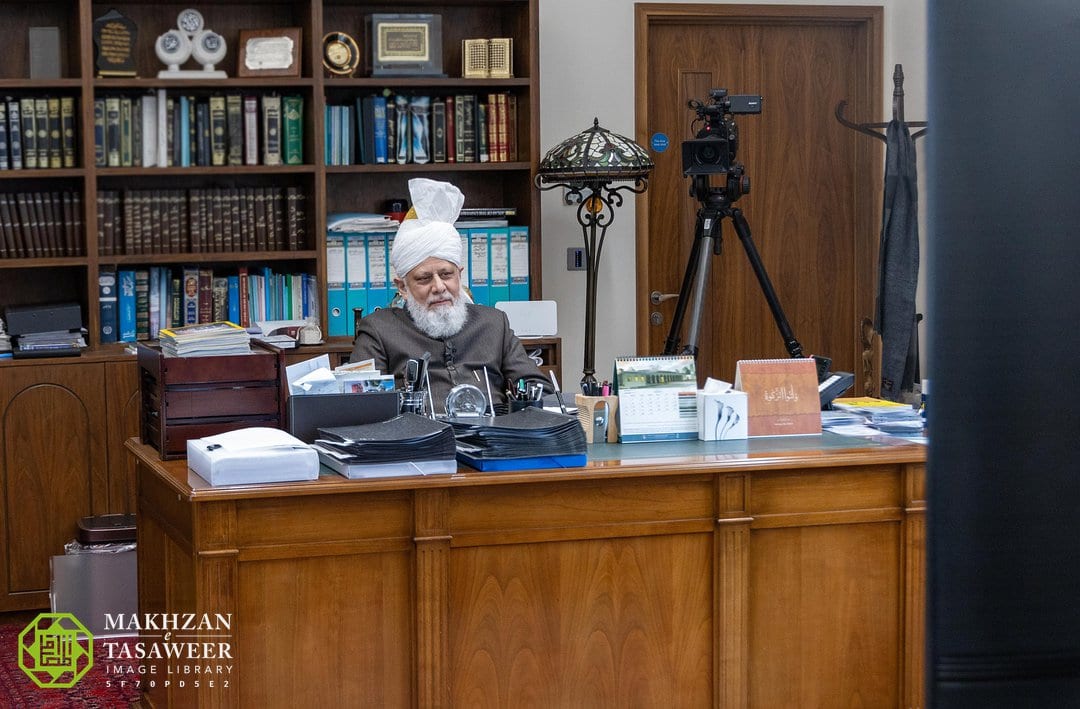 “Upon the fulfilment of 100 years of Lajna Imaillah, every member of Lajna and Nasirat should be fully involved in the affairs of the Ahmadiyya Muslim Community and should be acting upon our teachings” – Hazrat Mirza Masroor Ahmad

His Holiness presided the meeting from his office in Islamabad, Tilford, whilst the Amila members joined from the Baitus Subuh complex in Frankfurt, which serves as the National Headquarters of the Ahmadiyya Muslim Community in Germany.

During the meeting, His Holiness outlined the various responsibilities assigned to the respective Lajna Amila members and gave guidance on improving the activities of their departments. 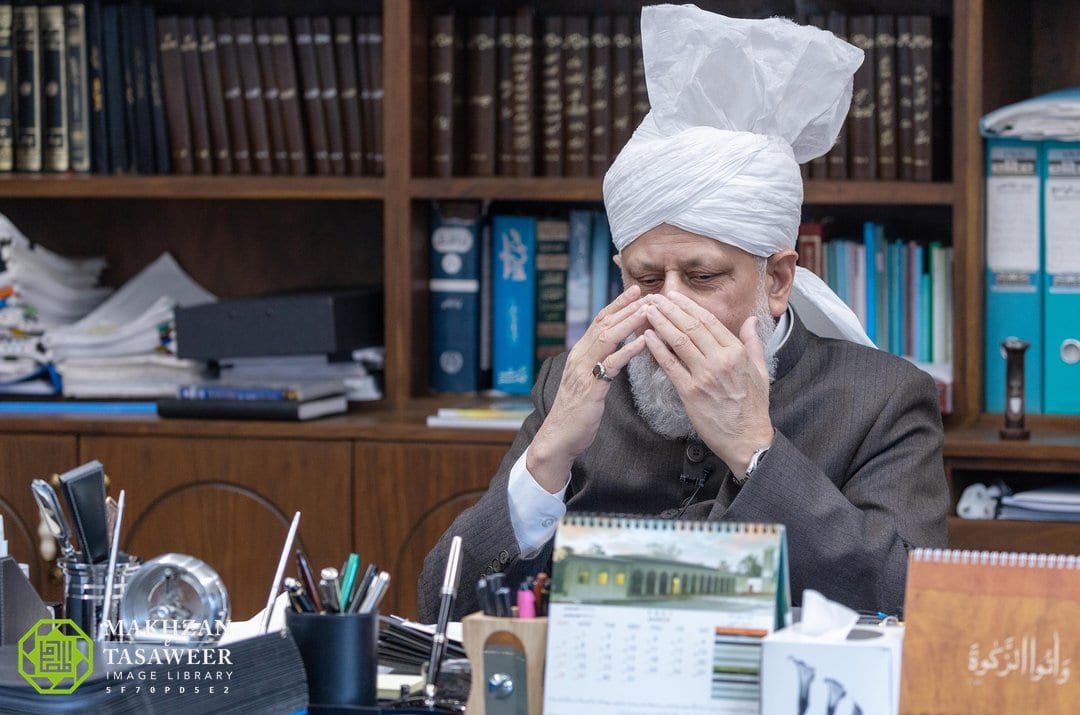 Speaking to the National Secretary Khidmat-e-Khalq, responsible for service to humanity, His Holiness said that similar to Lajna Imaillah UK – who are building a maternity hospital in Sierra Leone – Lajna Imaillah Germany should strive to fund a major humanitarian project in Africa.

His Holiness also advised the Secretary Tarbiyyat, responsible for the general moral and spiritual training of Ahmadi Muslims, to tailor their religious training in a way that is appropriate to each individual.

“Assess how many, and to what extent, the Lajna members practice and express their religion and are regular with regards their prayers, recitation of the Holy Quran and the standard of their religious knowledge. Then similarly assess how many of them are at a lower level than this. See how many of them follow the required standards of Purdah or Hijab according to the Islamic teachings. You cannot have the same approach for every person.”

“You should have a Tarbiyyat programme for those who observe Purdah and are practicing their faith and then you should have a separate programme for those who are at a lower level. You should guide them and train them according to their circumstances and suited to their particular needs and requirements. Furthermore, you should guide converts according to their particular circumstances. So you will need to develop various religious and moral training programmes to suit the needs of all members.”

Speaking of the need for paying special attention towards the youth and answering their questions, Hazrat Mirza Masroor Ahmad said:

“Sometimes the younger Lajna members have questions in their minds related to their faith which the older members do not have. They have doubts or they require further explanation to increase their knowledge and understanding. So you should explain and guide them in a way they can understand, otherwise they can become frustrated and restless if they do not receive satisfactory answers.”

Hazrat Mirza Masroor Ahmad also emphasised the need for the good upbringing of children when speaking to the Secretary Nasirat, responsible for the moral and religious training of girls aged 7-15.

“You should train the Nasirat in a way that when they enter Lajna Imaillah they should not become distant from the Ahmadiyya Muslim Community and nor should they be wrongly influenced by the wider society. Rather, it should be that their connection with our Community becomes ever stronger. The importance of the core Islamic principle of ‘belief in the unseen’ should be ingrained within them from a young age. Thus, you should train them in a way that they remain attached to the Ahmadiyya Muslim Community as they grow older.”

Speaking to both the Student Affairs Secretary and also the Waqf-e-Nau Secretary, His Holiness said that they should encourage more students to go into medicine so they can go on to serve in the hospitals and medical facilities of the Ahmadiyya Muslim Community in deprived parts of the world.

His Holiness directed the Seht-e-Jismani Secretary, responsible for Health and Fitness, to motivate the Lajna members to be active and to regularly exercise. His Holiness said that older members should go out for regular walks.

As the meeting concluded, one Amila member asked how they could best celebrate the 100 years of the establishment of Lajna Imaillah that is approaching in December 2022.

“What truly matters is that upon the fulfilment of 100 years of Lajna Imaillah, every member of Lajna and Nasirat should be fully involved in the affairs of the Ahmadiyya Muslim Community and should be acting upon our teachings. All of them should be regular in the worship of Allah and in reciting and acting upon the Holy Quran. Every member should have the strongest possible bond with the Ahmadiyya Muslim Community.”

“Of utmost importance is that upon the completion of 100 years of Lajna Imaillah, no person should be able to raise their finger and say that though 100 years have been completed and they are celebrating their centenary, however only 75% of their members or 50% of their members are actually involved in their activities… So, the most important way to honour and mark 100 years of Lajna Imaillah is to ascertain the true standards of faith of your members. You should make a scheme for this.”