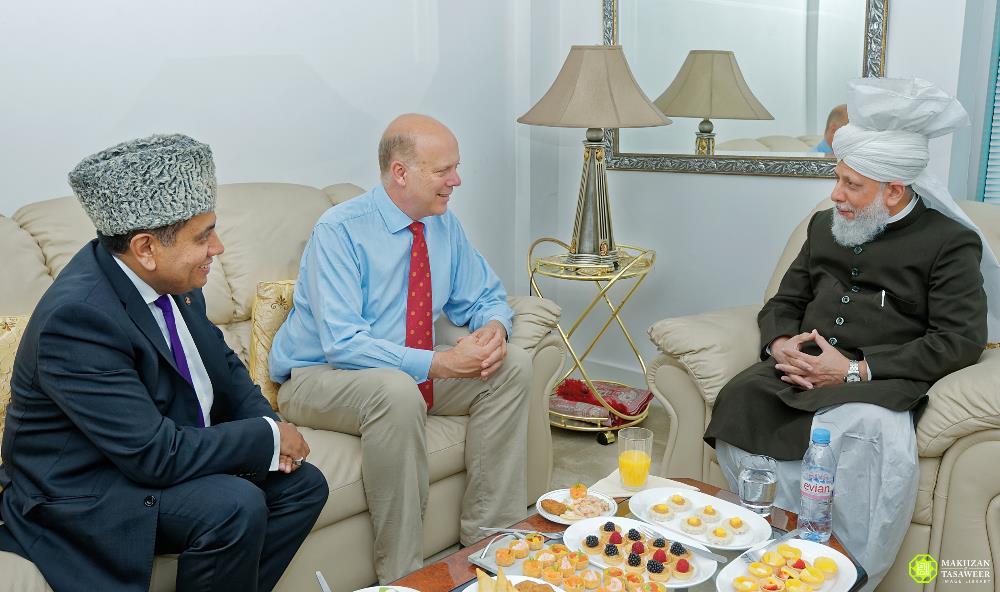 On 22 July 2016, the World Head of the Ahmadiyya Muslim Community, the Fifth Khalifa (Caliph), His Holiness, Hazrat Mirza Masroor Ahmad was visited by Rt. Hon. Chris Grayling MP, the UK Government’s newly appointed Secretary of State for Transport. Also present at the meeting at the Baitul Futuh Mosque in South-West London was Lord Tariq Ahmad of Wimbledon, the Parliamentary Under Secretary for State for Transport. 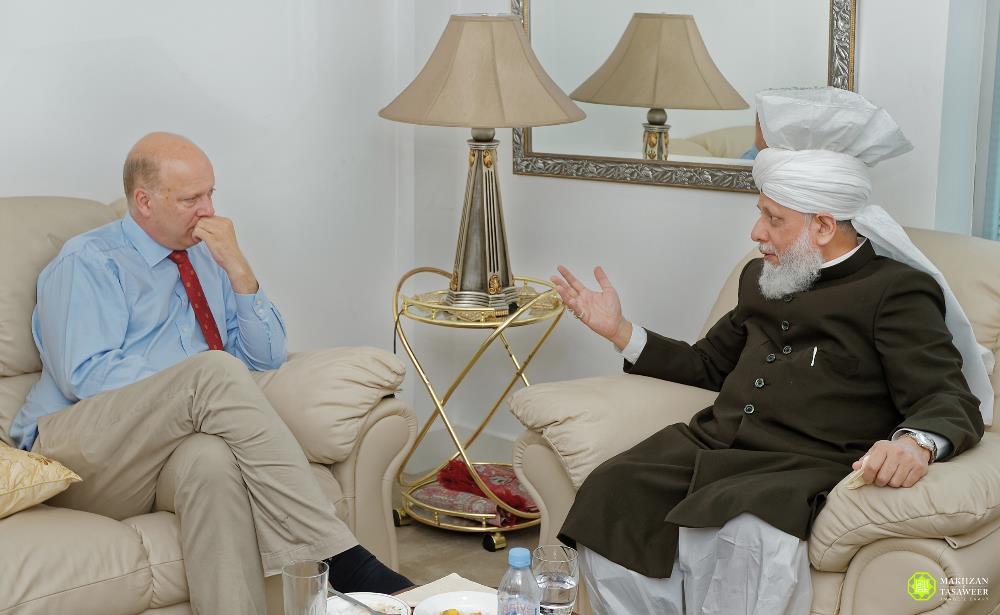 During the meeting, Mr Grayling had the opportunity to discuss various matters with His Holiness, including the future of Britain, in light of the recent EU referendum. Also discussed was the continued threat of terrorism and extremism, the ongoing refugee crisis and various other issues.

Mr Grayling also took the opportunity to condemn the persecution of Ahmadi Muslims in Pakistan and in certain other countries.

“We, Ahmadi Muslims, do not take revenge or resort to violence in the face of the persecution we face. Rather, we respond only with peace as this is what our religion of Islam teaches us.”

Speaking about the future of Britain and its food security, His Holiness advised the British Government to increase investment in agriculture and farming.

“The UK Government should develop its own agriculture so that it is less dependent on other nations. This is something that I am also encouraging our own Ahmadi community here in the UK.”

Regarding the charitable and humanitarian activities of the Ahmadiyya Muslim Community, Hazrat Mirza Masroor Ahmad said:

“The Ahmadiyya Muslim Community has established many humanitarian projects in different countries. For example, we are providing clean drinking water to people living in the most remote parts of Africa by either installing new water pumps or rehabilitating existing ones. Each year we also raise hundreds of thousands of pounds for local charities here in the UK.”

The Secretary of State also offered his sympathies to His Holiness about the fire at the Baitul Futuh Mosque complex in September and thanked His Holiness for the continued positive contribution of the Ahmadiyya Muslim Community to society.

Earlier, the Secretary of State was given a personal tour of the Mosque and he also listened to the Friday Sermon delivered by Hazrat Mirza Masroor Ahmad.