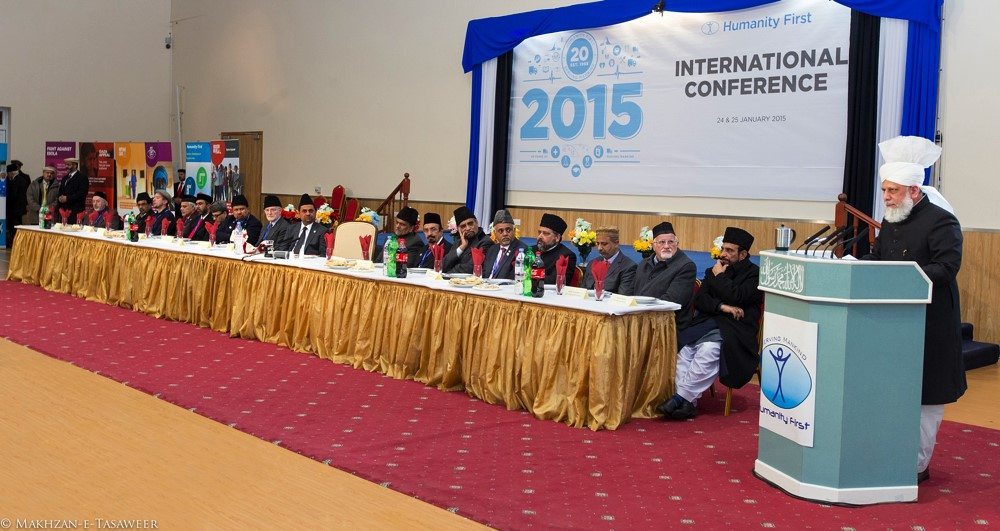 The World Head of the Ahmadiyya Muslim Community, the Fifth Khalifa (Caliph), His Holiness, Hazrat Mirza Masroor Ahmad delivered the keynote address at the International Conference of the charity Humanity First on Saturday 24 January 2015.

The 2-day conference, held at the Baitul Futuh Mosque in London, was attended by 130 delegates from 15 countries around the world. 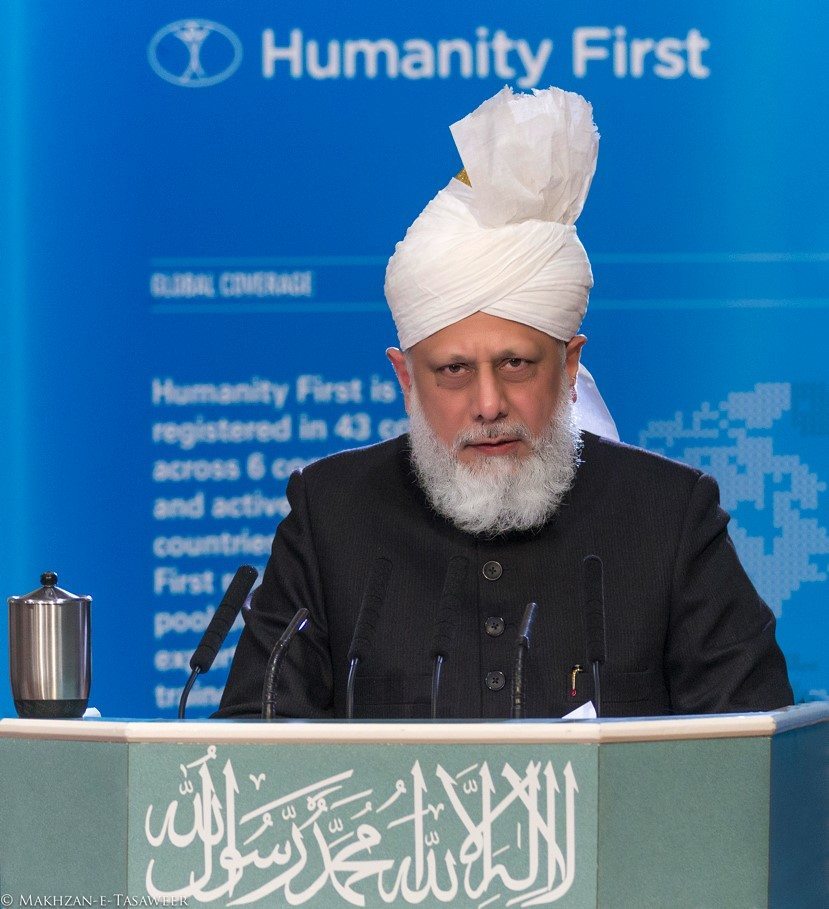 During the keynote address, Hazrat Mirza Masroor Ahmad said that serving humanity was a basic teaching of Islam and that the work of Humanity First was motivated by this very teaching. He said that the charity’s very name outlined its mission and objective – to consider and value the needs of others above one’s own needs.

His Holiness began his address by quoting from the writings of the Founder of the Ahmadiyya Muslim Community, His Holiness, Hazrat Mirza Ghulam Ahmad (peace be upon him) who said:

“There are only two complete parts of faith. One is to love God and the other is to love mankind to such a degree that you consider the suffering and the trials and tribulations of others as your own and that you pray for them.”

Hazrat Mirza Masroor Ahmad said that Ahmadi Muslims were motivated only by a desire to please God Almighty and that they sought His help for their humanitarian and charitable activities.

“Ahmadi Muslims bow down in sincere prayer praying that Allah enables them to serve with a true spirit of sympathy, compassion and love for mankind. They seek Allah’s Help to develop a truly selfless spirit whereby they consider the pain and desperation of others as their own pain and desperation. They pray that they are able to remove the tribulations and suffering of other people.”

His Holiness said that the Promised Messiah (peace be upon him) had repeatedly counselled the members of the Ahmadiyya Muslim Community towards serving mankind.

“Remember the Promised Messiah (as) taught his followers that one type of Waqf – that is devoting one’s life for the sake of Allah – is to serve God’s Creation and show love towards them. This requires true selflessness and love for others.” 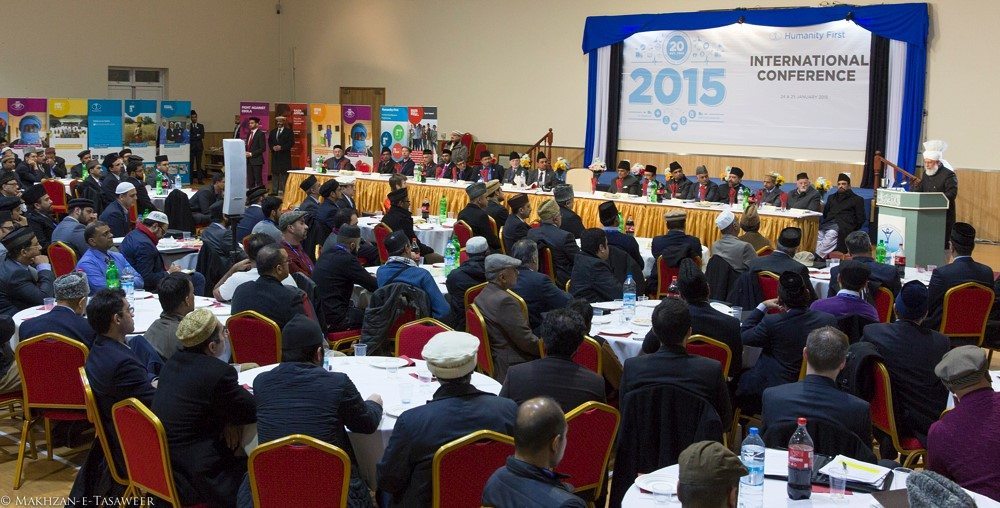 His Holiness concluded by saying that the key to the success of Humanity First was prayer. He said that history bore witness to the fact that Allah the Almighty had blessed the work of Humanity First.

“Every member of Humanity First should remember that it is through prayer and prayer alone that his or her efforts will be blessed. All positive results are due to Allah’s blessings… This is the very reason that our efforts are continually blessed and Insha’Allah will always continue to be. Certainly, the scale of the work being done by Humanity First far exceeds the funds that it has available.” 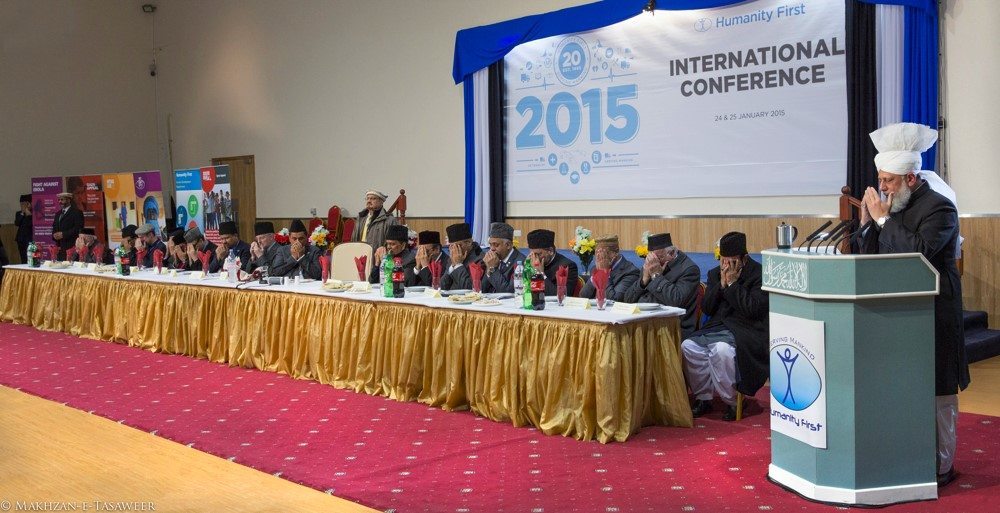 “May Allah enable Humanity First to go from strength to strength and enable all of you to work with that spirit of sincerity and love for humanity, which the Promised Messiah (as) inculcated and taught.”