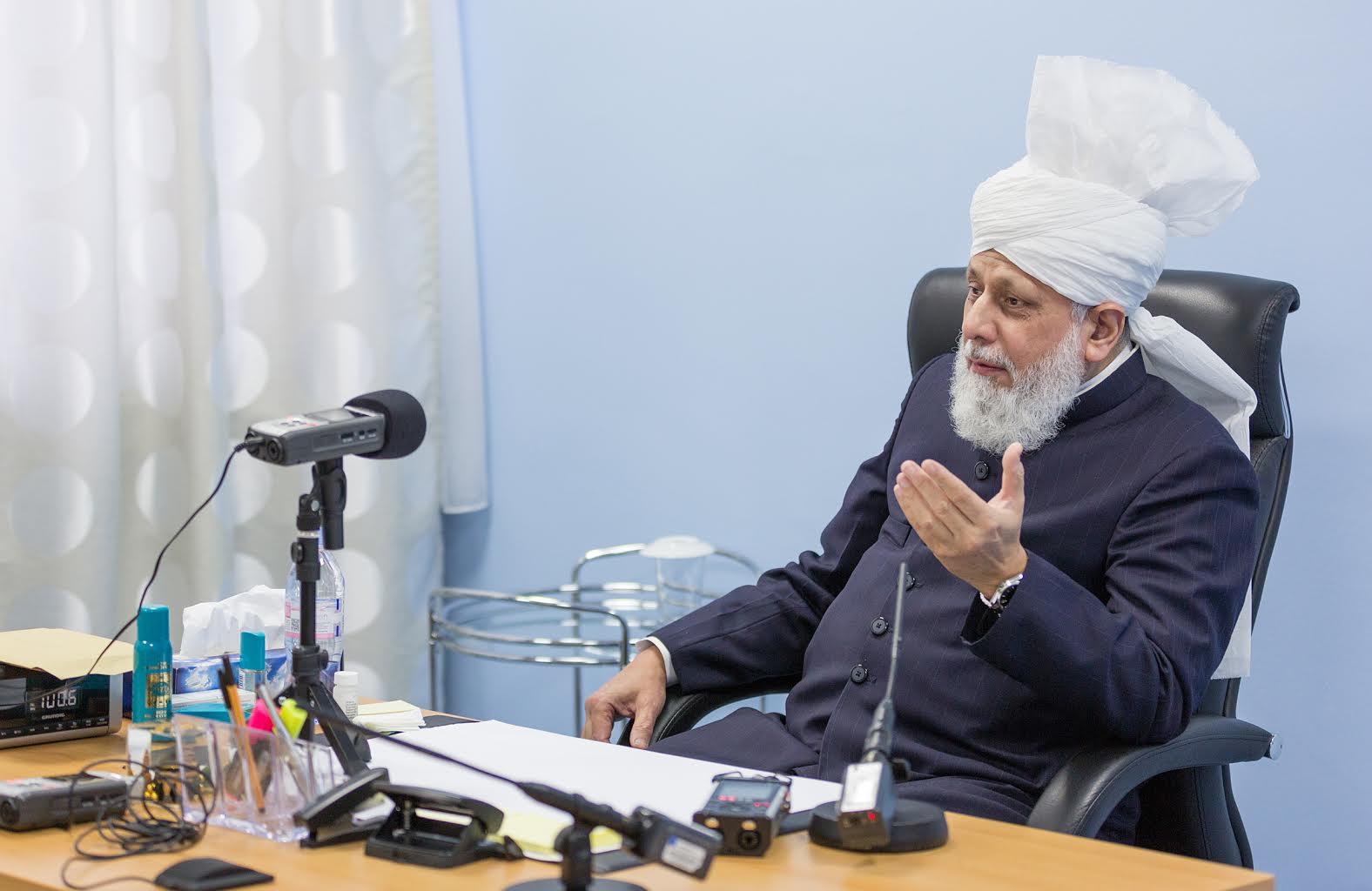 On 25 May 2015, Die Zeit, the German national weekly, interviewed the World Head of the Ahmadiyya Muslim Community, the Fifth Khalifa, His Holiness, Hazrat Mirza Masroor Ahmad. His Holiness was interviewed by reporter Tahir Chaudhry about the role of Islam in the modern world, the threat of extremism and various other global issues. 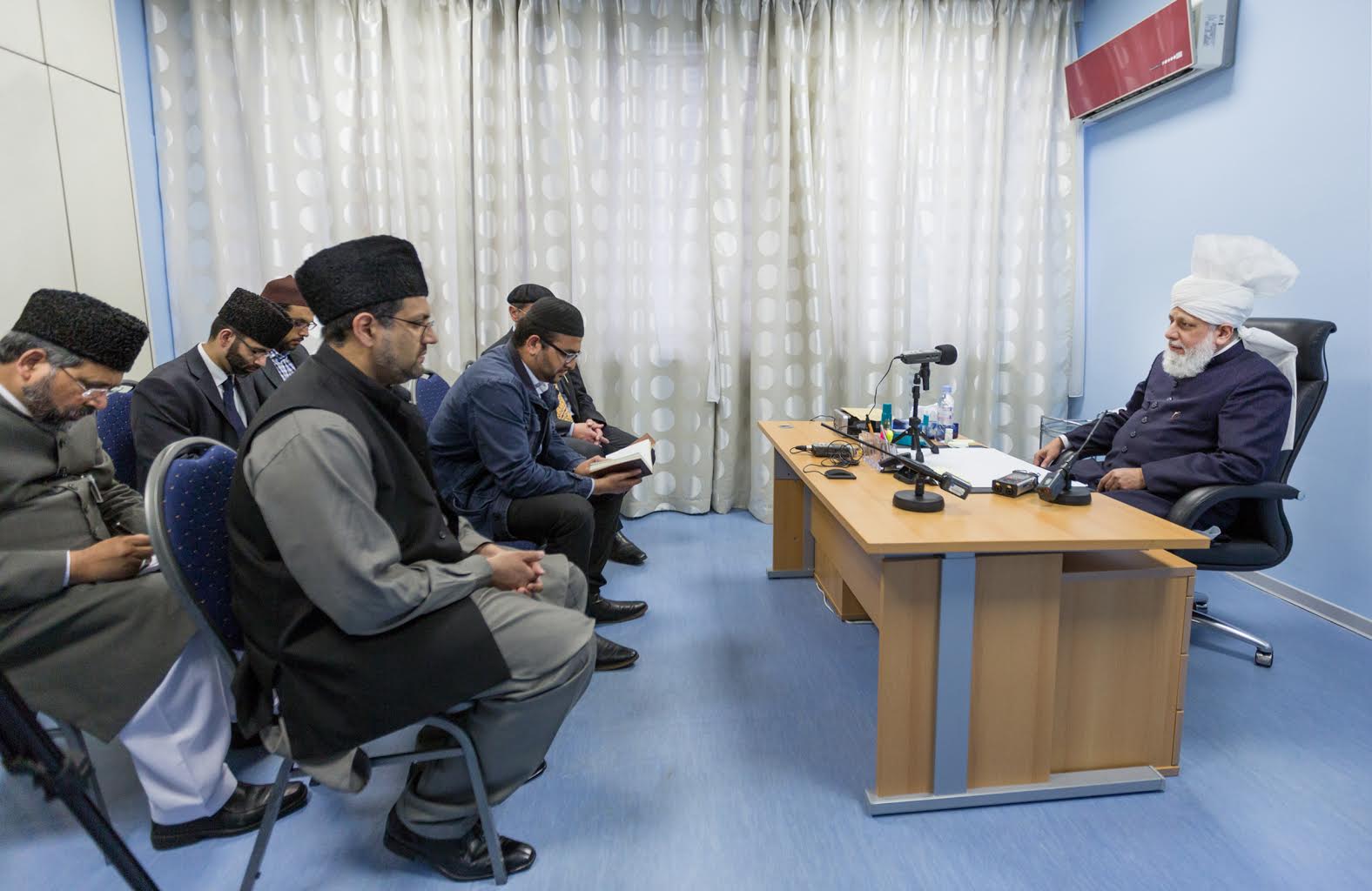 During the interview, His Holiness explained in detail the prophecy of the Holy Prophet Muhammad (peace be upon him) regarding the latter days and the advent of the Promised Messiah and Imam Mahdi. His Holiness said that Ahmadi Muslims believe the Promised Messiah and Imam Mahdi has come in the person of the Founder of the Ahmadiyya Muslim Community, His Holiness, Hazrat Mirza Ghulam Ahmad (peace be upon him).

Regarding the claims of various groups to having established a ‘Khilafat’ (Caliphate), His Holiness said that Khilafat was linked directly to Prophethood. He said that those extremist groups that have claimed Khilafat recently had not followed any form of Prophethood and instead were only involved in inflicting cruelty, injustice and barbarism of the very highest order.

Regarding, the institution of Khilafat that leads the Ahmadiyya Muslim Community, His Holiness said it was a true Khilafat established to follow the Promised Messiah and Imam Mahdi.

Referring to his own position as the Fifth Khalifa of the Ahmadiyya Muslim Community, Hazrat Mirza Masroor Ahmad said:

“I never had any desire to be Khalifa – rather I was compelled to take this position by God Almighty who put my name in the hearts of the people (members of Electoral College).”

Upon being asked about the greatest threat to civilisation, Hazrat Mirza Masroor Ahmad said:

“I believe that the biggest threat today is the increasing distance between mankind and God Almighty. We are seeing fairness and justice decrease, whilst cruelty and hatreds rise. Such behaviour and trends can only lead to the punishment of God Almighty.”

In response to being asked what message he would like to give to the German people, Hazrat Mirza Masroor Ahmad said:

“I would say that the German nation should continue its role supporting and protecting the European Union. If it does this then it can flourish. Therefore, Germany should seek to protect the integrity and unity of this Continent. Furthermore, the German people has a very good quality of ‘tolerance’ and they should seek to continue and improve upon this further.”