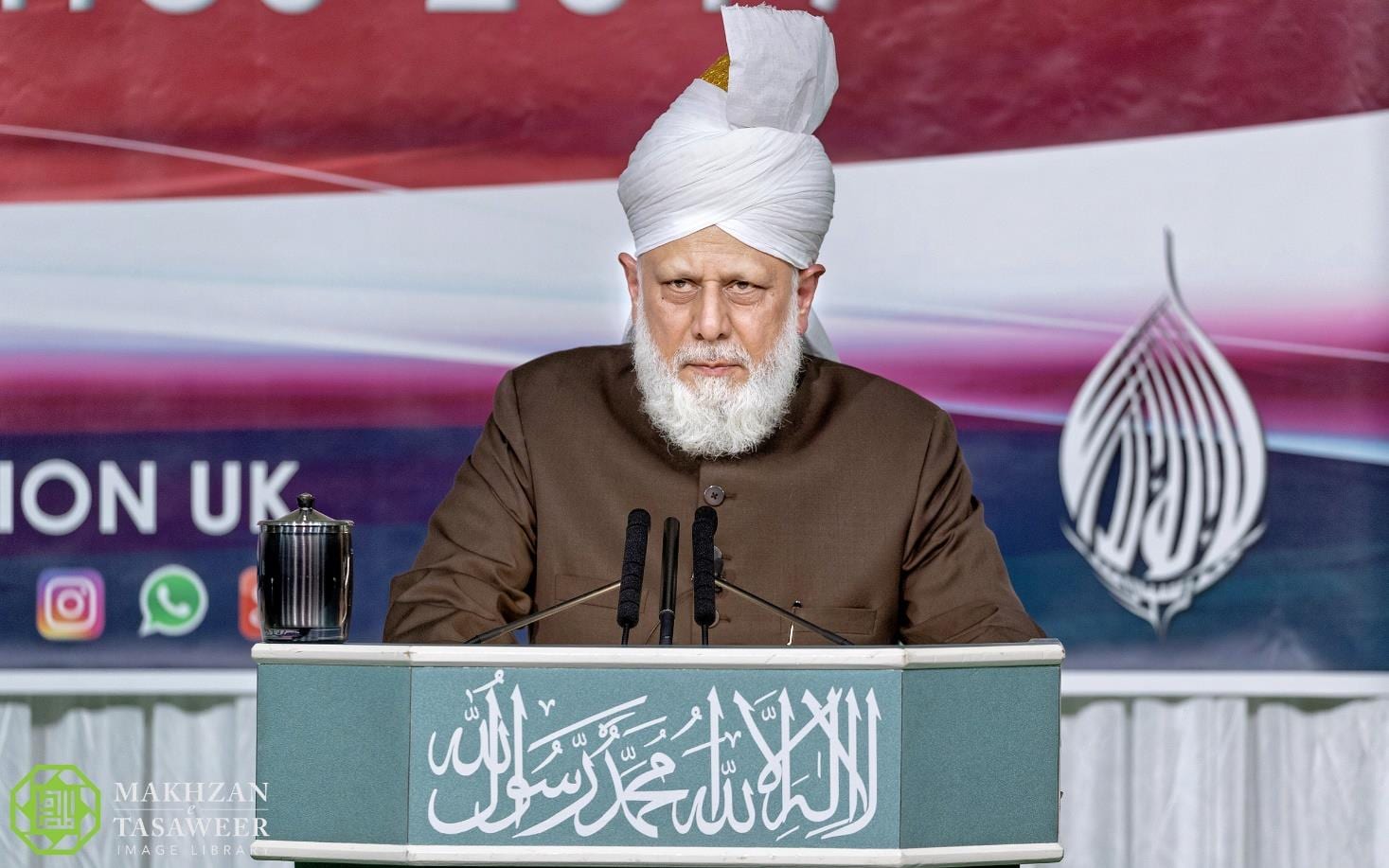 During the inspection, Hazrat Mirza Masroor Ahmad visited the various departments tasked with organising and running the three-day event. His Holiness was briefed on the arrangements as he inspected the site and he gave directions to ensure the comfort and well-being of all the participants. 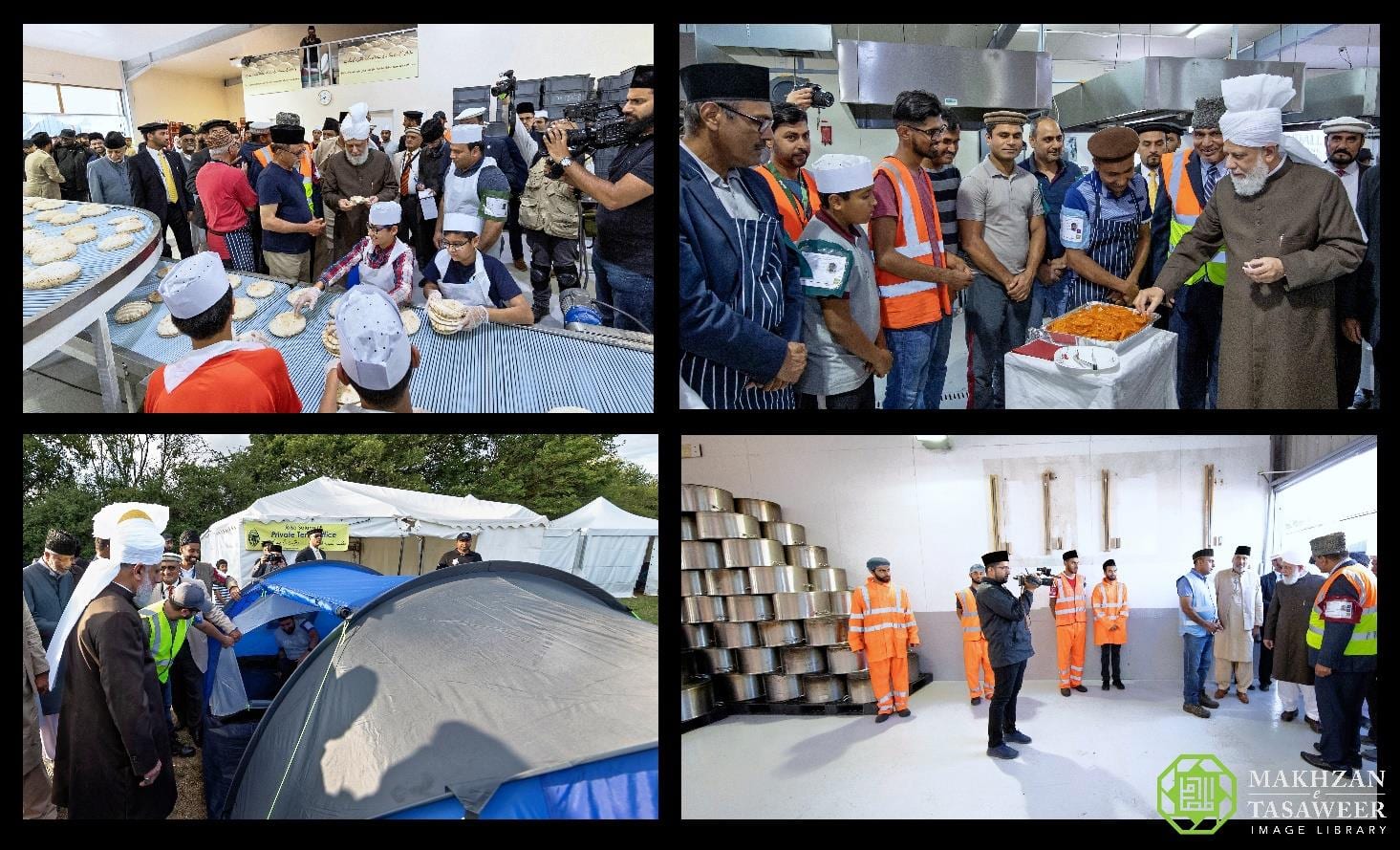 Later, His Holiness directly addressed many of the 5,000 volunteer workers and advised them to conduct their duties with diligence and to be regular in prayer.

His Holiness praised the volunteers and said that they had attained a high level of expertise in their respective duties and responsibilities. However, he counselled that they should remain humble, continually seeking to improve their work, whilst turning in prayer towards Allah the Almighty. 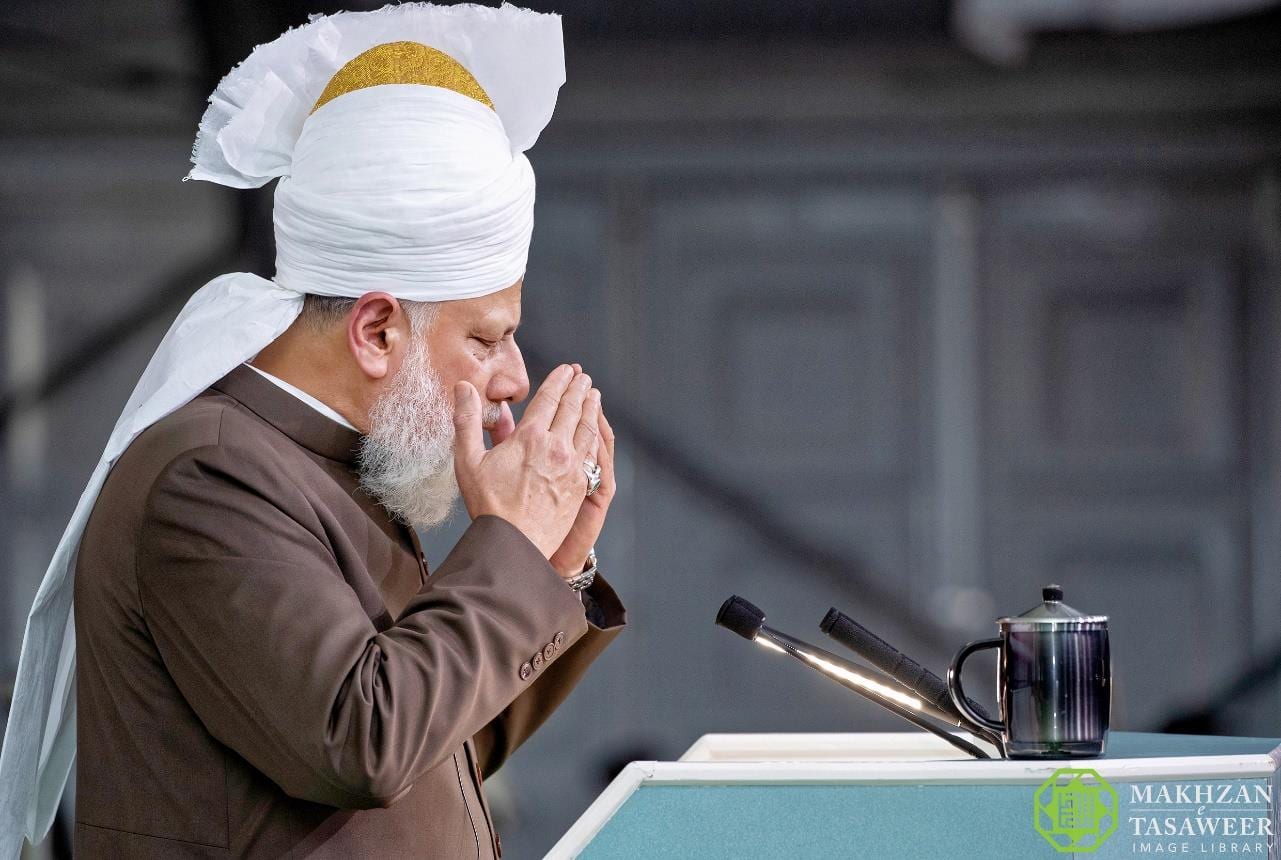 On Sunday, thousands of Ahmadi Muslims will take a pledge of allegiance, known as the Bai’at, at the hand of the Khalifa (Caliph).

Various exhibitions run by Makhzan-e-Tasaweer, The Review of Religions, Humanity First, Islamic Outreach (Tabligh) and Al-Hakam will all be returning, whilst a new exhibition ‘Islam in the Media’ will take also run throughout the Jalsa Salana.

The entire proceedings will be broadcast and live-streamed around the world on MTA International.