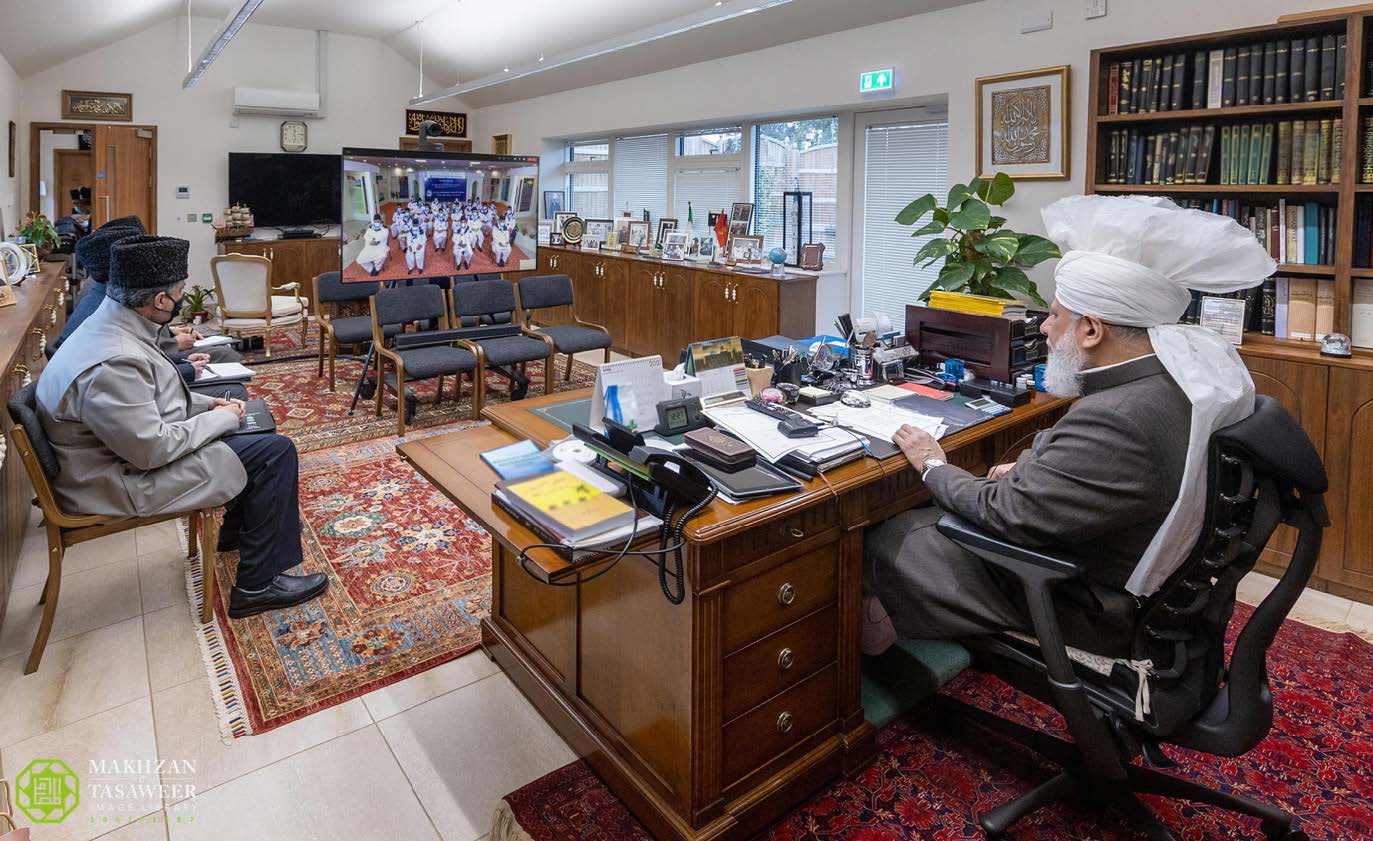 It was the first time that His Holiness has held a virtual online meeting with a delegation from Qadian, the hometown of the Founder of the Ahmadiyya Muslim Community, His Holiness, Hazrat Mirza Ghulam Ahmad (peace be upon him). 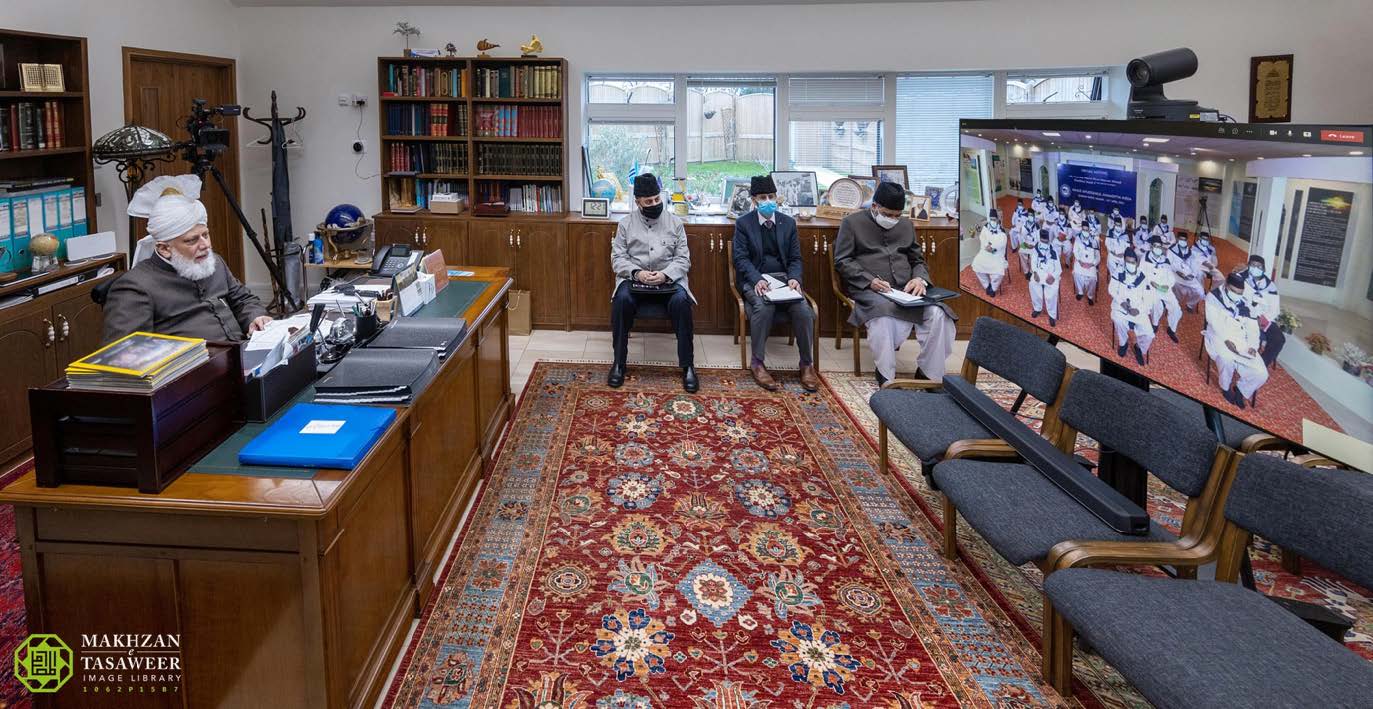 His Holiness presided the meeting from his office in Islamabad, Tilford, whilst the Amila members joined the meeting virtually from the Holy Quran Exhibition Hall at the Nashro-Ishaat building in Qadian, India.

During the 65-minute meeting, all present had the opportunity to speak to His Holiness and the National Amila members were able to present a report about their respective departments and to receive the guidance and instructions of His Holiness on a range of issues.

His Holiness emphasised the importance of effective reporting and said that reports should be received from every local chapter on a regular basis so that they can have a better understanding of the activities and give appropriate feedback.

His Holiness spoke in great detail about the importance of the Tarbiyyat department, which is responsible for the moral and spiritual training of the members of Majlis Khuddamul Ahmadiyya.

“Your Tarbiyyat programme is very important and if you can implement it effectively many issues will be automatically be resolved. For example, small disputes that arise from time to time between people will not occur. Also remember that India is a very large country and the people of every area have their own ways and issues. They have their own culture… So you must cater for the people of each area according to their circumstances and needs.”

“You should identify the moral and spiritual weaknesses that exist in each area of the country that need to be eradicated or improved upon. There should be a plan in line with their local circumstances. One basic generic Tarbiyyat programme should be developed but, alongside it, you should make tailored local programmes according to the circumstances of the people of those particular areas. If Khuddamul Ahmadiyya can work accordingly, then the next generation of our youth will be well protected.” 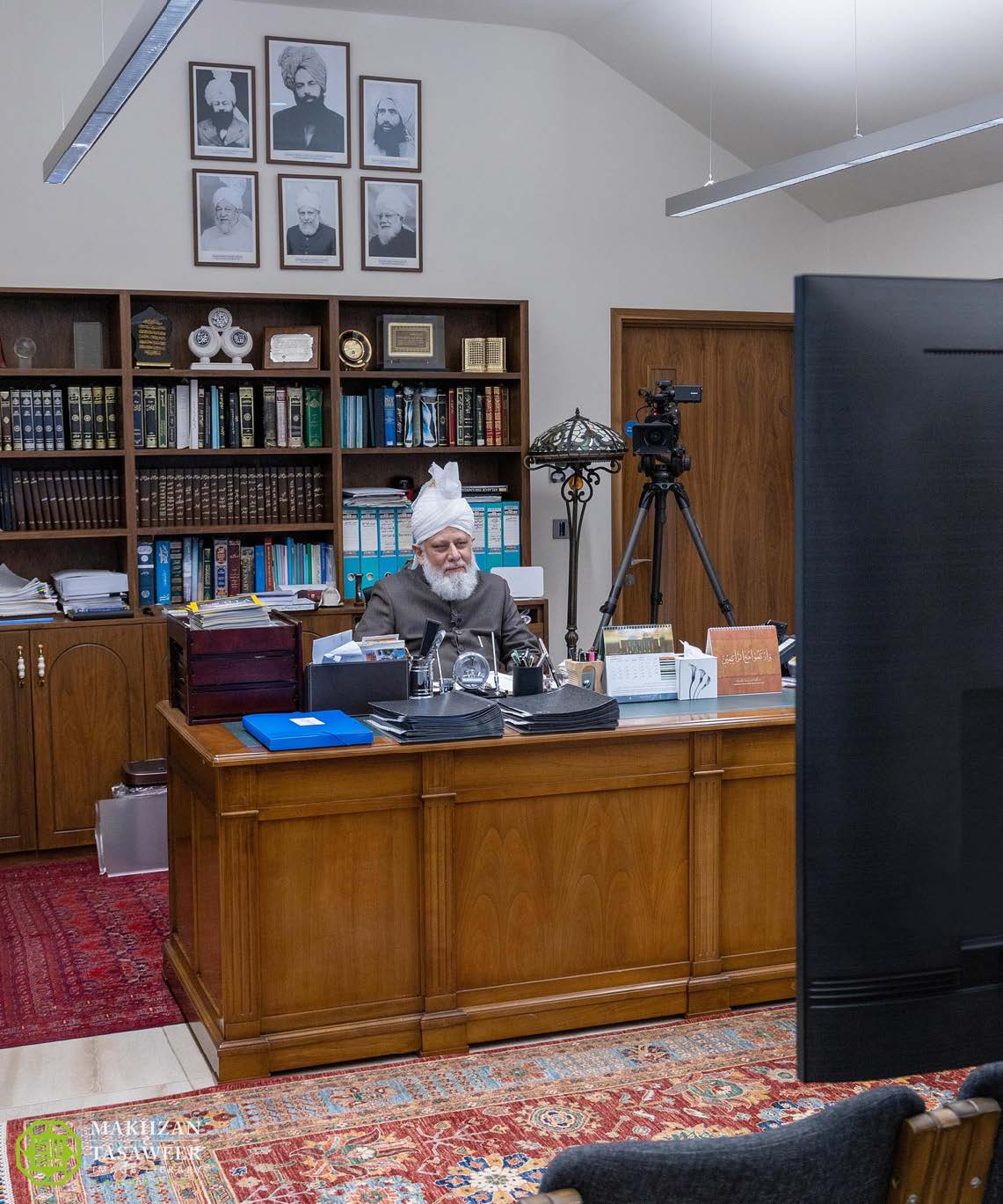 “The pledge to give precedence to one’s faith over worldly matters should be made into a motto. And remember, a person can only give precedence to his faith when he knows and understands the teachings of that faith… Do not just rely on old methods of work; develop new ways. You have young minds and so you should utilise your fertile brains in the best way.”

Speaking to the Amila member responsible for Rishta Nata, responsible for ensuring suitable marriage matches are found for the Khuddam members, His Holiness said they should educate Khuddam about the requirements and responsibilities of marriage according to the teachings of the Holy Quran.

“The responsibility of the Rishta Nata department, as well as that of the Tarbiyyat department, is that they should guide the Khuddam about the importance of giving precedence to faith when it comes to marriage. They should look at the standard of the faith of those who are proposed as marriage partners and, at the same they, they should also strive to better their own religious standards. The Khuddam should not run after worldliness and should not seek Jahaiz [dowry from the girls and their families] and money. Rather, they should look to see if the girl is righteous and that will only happen if the Khuddam themselves give priority to their religion.”

His Holiness also advised the secretary Tarbiyyat Nau Mubayieen, responsible for the spiritual and moral training of new converts, to make programmes according to the different backgrounds of those who had converted and to establish a personal contact with each of the converts.

Throughout the meeting ,His Holiness emphasised that the programmes or events should be made in a way where proper feedback is also taken so that their impact upon the participants can be ascertained.

For example, His Holiness said if Majlis Khuddamul Ahmadiyya published articles in its magazines or elsewhere, there should be an effective feedback process to understand their impact and benefits.

“The smaller Majalis [local chapters] need special attention with regards to their religious training. So there should be more focus in that regard. The Majalis based in cities have their own issues and so they need their own programmes with regards to religious and moral education and the methods in which they can be taught.”

“In some areas there are people who are more educated than others whilst in others there are those who are not literate. Some people cannot understand the meanings of the books of the Promised Messiah (peace be upon him) because reading them is not an easy task. Even where the easier Urdu language is used, there remains some vocabulary that is difficult to understand. So you need someone to explain the text. Audio books should be used too. You should make a plan to involve and educate 100% of your Khuddam.”

Whilst speaking to the National Secretary for Atfal-ul Ahmadiyya, boys aged 7-15, His Holiness underlined the importance of their role and duties.

“You must assess how many Atfal are engaged in the Atfal activities. Our task to guide and care for our children is a task of the utmost importance and consequence. If we are able to properly care for our children, then moving forward they will become active members of Khuddamul Ahmadiyya and the Ahmadiyya Muslim Community in general. Therefore, looking after Atfal-ul Ahmadiyya is a huge responsibility. Do not consider it an ordinary task.”

“Do not rest easy and be satisfied at having done a few programmes. Rather, analyse their true impact and what effect they have had and how many people took part. Honestly ascertain your shortcomings and assess what changes are required in your programmes to avoid those weaknesses in the future. Taking care of Atfal-ul Ahmadiyya is an enormous responsibility. You should pay very significant attention towards this.” 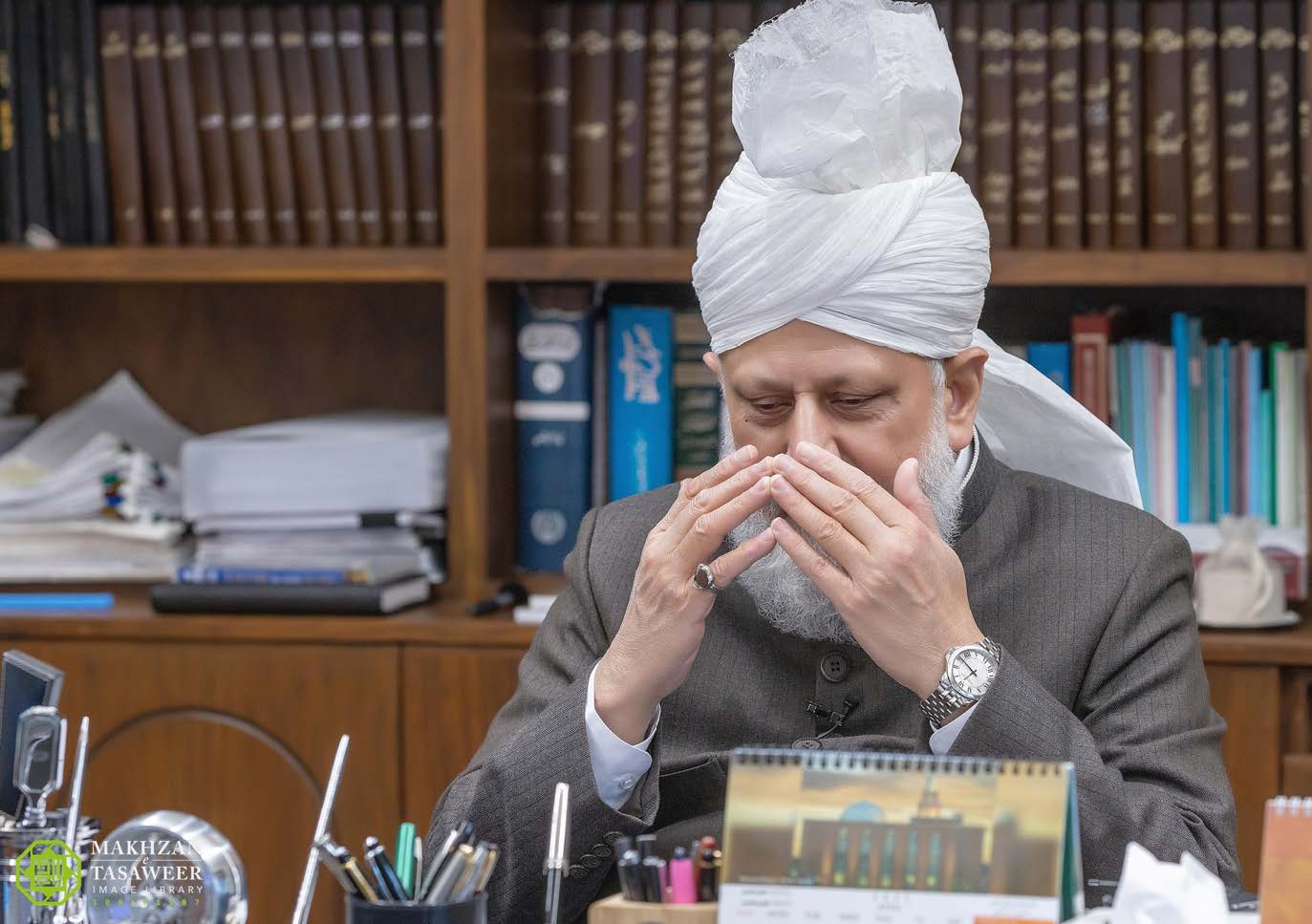