On 14 June 2015, the World Head of the Ahmadiyya Muslim Community, the Fifth Khalifa, His Holiness, Hazrat Mirza Masroor Ahmad delivered a faith-inspiring address to conclude the 43rd National Ijtema (Annual Gathering) of the Ahmadiyya Muslim Youth Association in the UK (Majlis Khuddamul Ahmadiyya). The theme of this year’s Ijtema was ‘The Need for Khilafat (Caliphate)’.

The objectives of the Ijtema, held at ‘Islamabad’ in Tilford, Surrey, were to increase the moral standards of the participants and to promote a spirit of peace, unity and love for one’s country of residence. This year more than 5,000 Muslim youths attended the event.

At a time of increasing conflict in the world, the Khalifa, who is the spiritual leader of millions of Ahmadi Muslims worldwide, once again led the call for all forms of extremism to be rejected and condemned absolutely. He also led the participants in a pledge in which they reaffirmed their commitment to both their faith and to their country.

Hazrat Mirza Masroor Ahmad began by speaking about the Christian youths who lived during the first few centuries of Christianity. His Holiness said that the Holy Quran had narrated how their faith gradually declined due to material factors.

“Gradually, materialism came to take precedence in the lives of the early Christians and the strength of their faith weakened. Thereafter, their faith remained only in name.”

“It is true that Christianity continued to spread and develop, however, what they achieved thereafter was worldly success, rather than spiritual enlightenment and progress.”

His Holiness cited a recent statement from a very senior former church leader in which he expressed his fear that Christianity could be just ‘one generation’ away from extinction.

His Holiness said that this should serve as a warning to Ahmadi Muslim youths that they should never take their faith for granted.

“The spiritual decline and circumstances of other peoples and other nations should be warning sign and lesson for us.”

Referring to the institution of Khilafat (spiritual leadership) leading the Ahmadiyya Muslim Community, His Holiness said it stood in stark contrast to the evil and brutal so-called Khilafat said to be leading the terrorist group known as ISIS or IS. 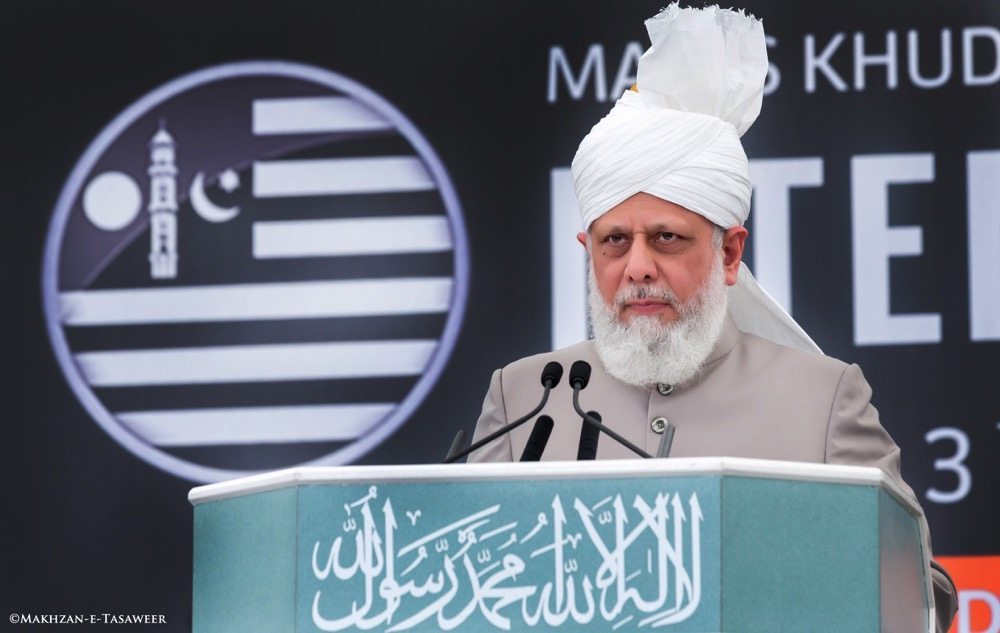 “Young people are being misguided and radicalised. They are being completely misled about the concepts of Jihad and martyrdom. This is leading to countless innocent people being murdered or treated in the most inhumane way… The young people being radicalised are being sent to create disorder in the name of an entirely senseless and false Jihad.”

“On the other hand, the Ahmadiyya Muslim Community, under the leadership and guidance of Khilafat, is spreading a message of love, affection and peace throughout the world. We are doing this because the Promised Messiah (peace be upon him) has proved this to be the true Islam. In Europe, North and South America, Africa, Asia, Australia and all other parts of the world our Community is united under the banner of peace.” 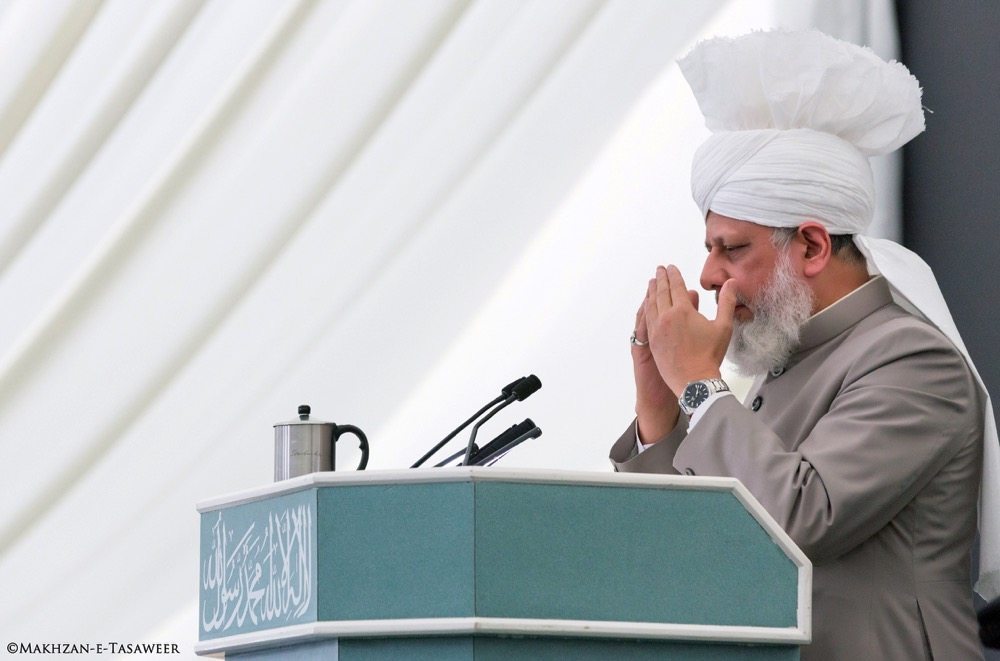 Speaking about his own concern for the youth of today, Hazrat Mirza Masroor Ahmad said:

“I am continually concerned and worried about our youth. I do not want even a single one of our youngsters to move far away from his or her faith, because that would be a means of wasting their lives and being devoid of the blessings and rewards of Allah the Almighty.”

Hazrat Mirza Masroor Ahmad said it was the duty of every Ahmadi Muslim to spread the true and peaceful teachings of Islam throughout the world.

“Do not wait or hesitate – but rather step forward today as true servants of the Promised Messiah (peace be upon him) and be amongst those people who earn the spiritual rewards of this life and the Hereafter.”

“It is our duty to inform everyone that the Holy Quran has given the world a timeless and complete teaching for all of mankind.”

“I pray that you are never amongst those youths who are a burden on their nation and a means of defaming it. Certainly, such people are a cause of great harm to their religion.”

“Today, I ask all of you to pledge that your annual gatherings will lead to spiritual enhancement. Pledge that you will be the ones who guide the world towards spirituality and towards God Almighty.”

“We must prove to the world that our words are not hollow. Rather, we must prove that we are living our lives as true ambassadors of peace and beacons of the true teachings of Islam.  No Ahmadi Muslim ever needs to become victim to any form of inferiority complex – because we have reason, logic, evidence and above all the truth on our side.”

Earlier, a report was presented by Mirza Waqas Ahmad, the National President of the Ahmadiyya Muslim Youth Association during which he informed of the various activities of the 3-day event.

During the Ijtema, Ahmadi Muslim youths from 107 communities from across the UK (Qiadats) competed in various academic and sports competitions. They were also able to attend various exhibitions and meet youths from other parts of the country.

The Muslim youths were also able to visit the ‘Any Questions Desk’ where they were able to ask questions in a confidential environment about religion or social issues.

This year the Ahmadiyya Muslim Youth Association in the United States also held its annual gathering during the same dates and so their event was also concluded with the address given by Hazrat Mirza Masroor Ahmad, which they screened via live streaming from a camp in the Pocono Mountains in Pennsylvania. Almost 1200 Muslim youths attended the event, which was the 46th National Ijtema held by Majlis Khuddamul Ahmadiyya USA.