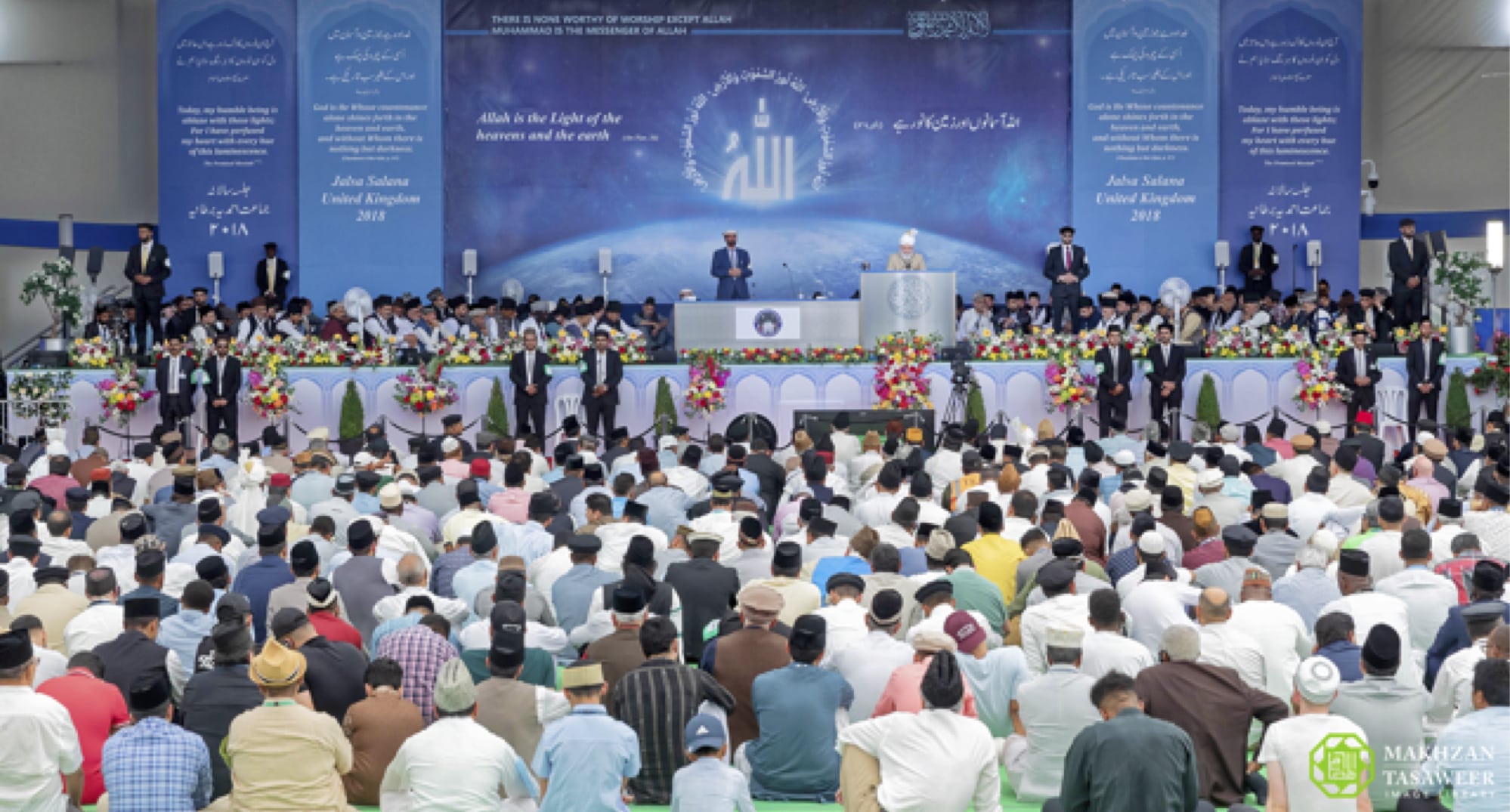 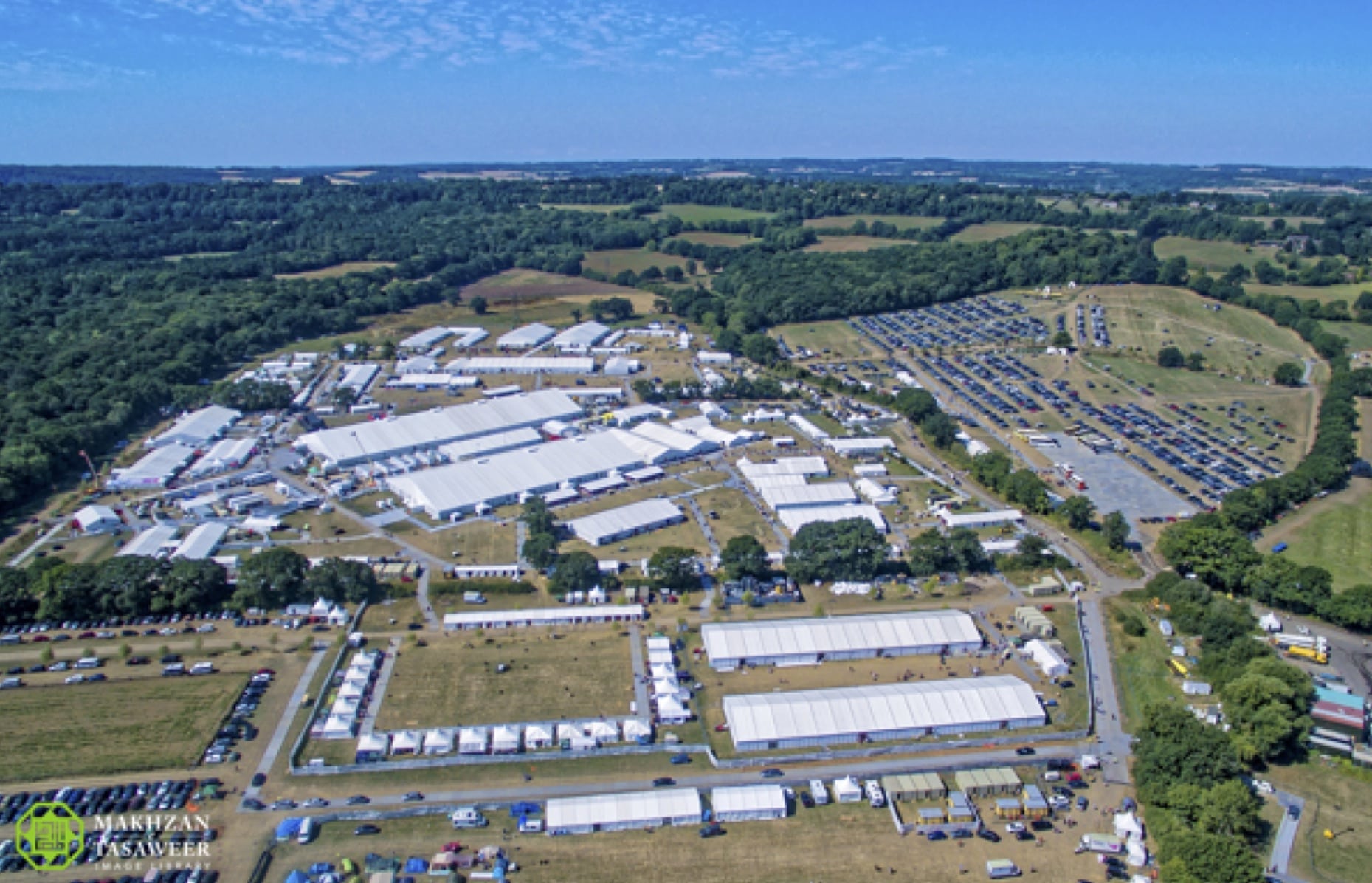 More than 38,500 people from 115 countries attended the Jalsa Salana, which took place at Hadeeqatul Mahdi in Alton, Hampshire. 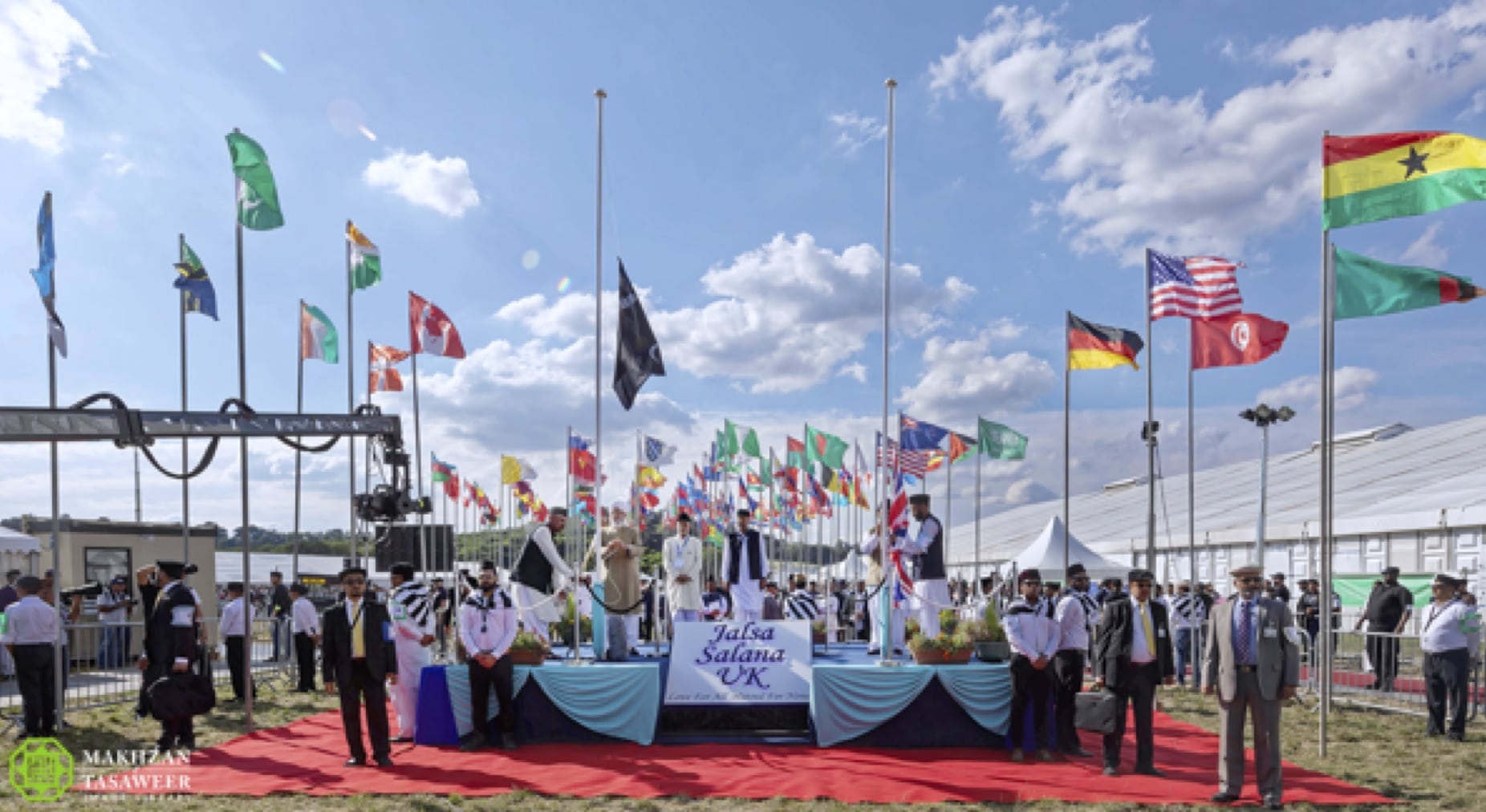 Apart from the thousands of Ahmadi Muslims who participated, many non-Ahmadi and non-Muslim guests also attended.  The entire event was broadcast live on MTA International and streamed online. 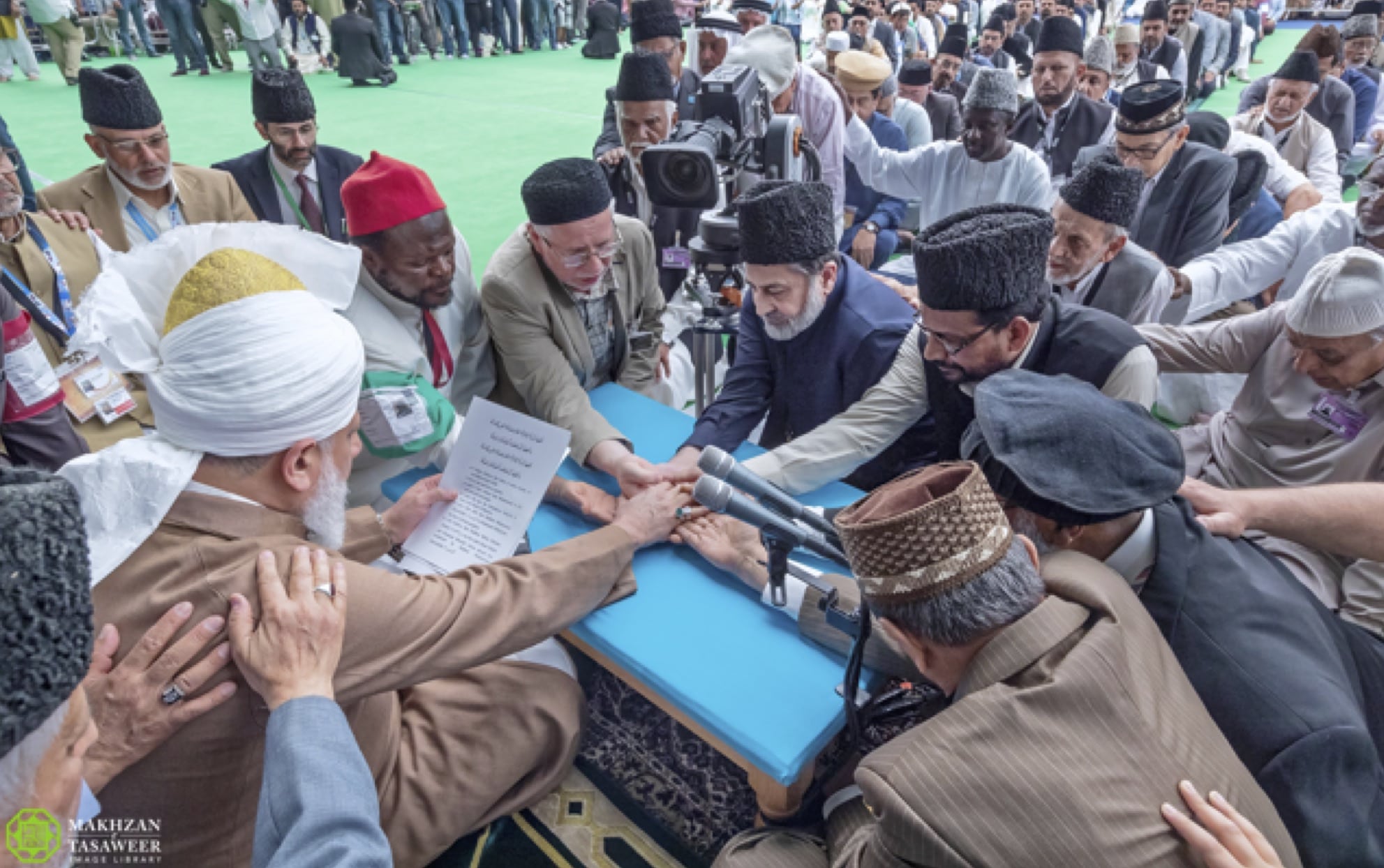 A highlight of the three-day Jalsa Salana was the pledge of allegiance, known as Bai’at, that took place on Sunday afternoon, where the participants pledged allegiance to Hazrat Mirza Masroor Ahmad as the Fifth Khalifa (Caliph) of the Promised Messiah (peace be upon him). 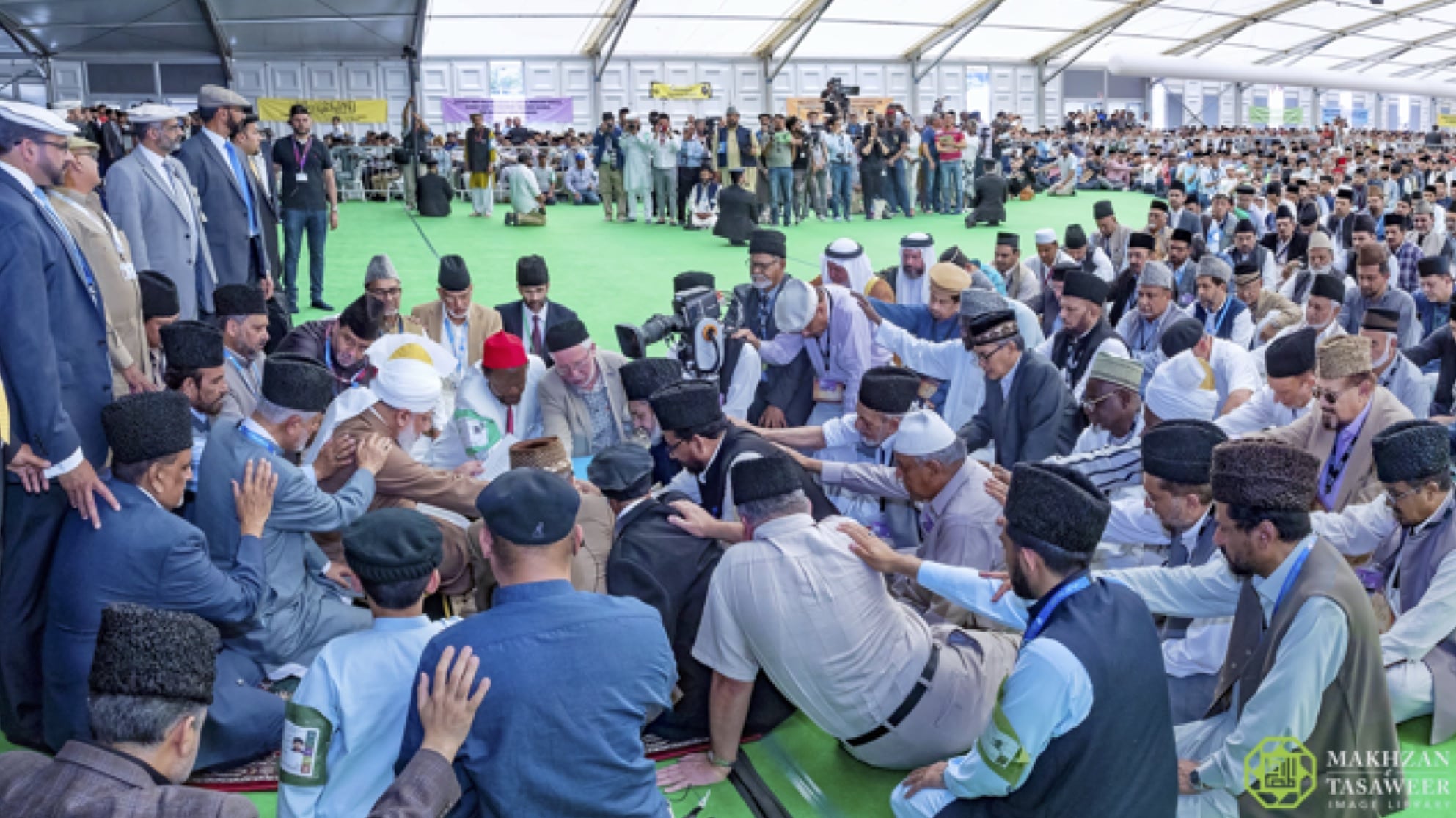 During his concluding address, His Holiness spoke about the high moral values a true Muslim must aspire to and said Muslims had a duty to ensure that they lived their lives according to the commandments of Allah the Almighty.

His Holiness mentioned various moral qualities and characteristics that true Muslims ought to possess, including modesty, generosity and the willingness to make financial sacrifices for the sake of Allah the Almighty.

Speaking about the importance of spending money on charity for the pleasure of Allah, Hazrat Mirza Masroor Ahmad said:

“Allah the Almighty has given the glad tiding that by spending in His way, a person becomes the recipient of His bounties, and, with the grace of Allah, many members of the Ahmadiyya Muslim Community have personal experience of this. By spending in the way of Allah, one does not end up in a state of impoverishment, rather Allah grants comfort and ease to those who spend in His way.”

His Holiness emphasised the need to guard against personal moral failure and weaknesses at all times. His Holiness said that such failing harmed both the individual and the society at large. 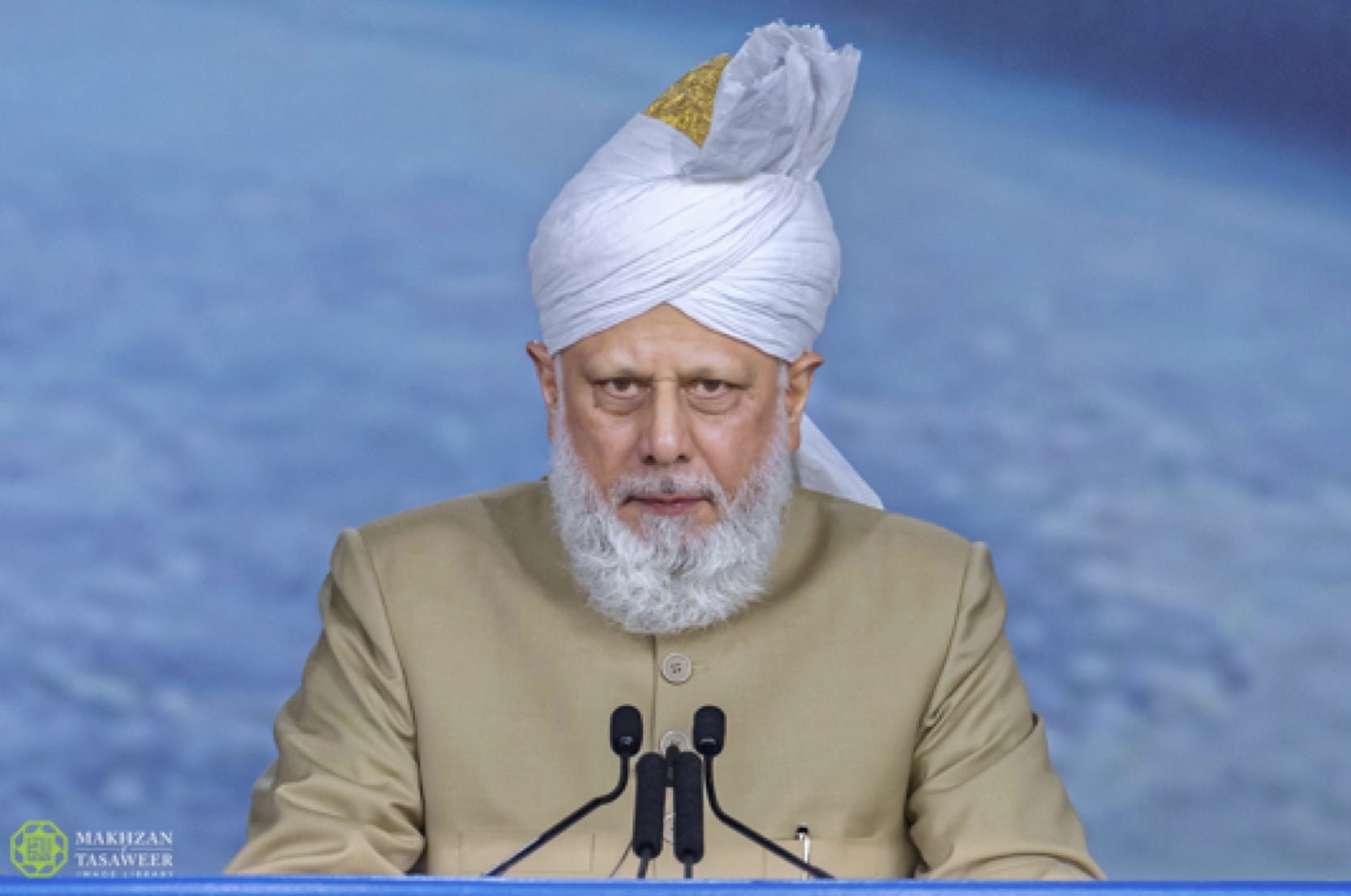 “If moral weaknesses and sins are not immediately arrested and continue to develop, they can greatly damage and weaken the society. For example, some people claim benefits from the government under false pretence. This can only harm others and weaken society itself. Such falsehood and immorality is completely against Islam.”

“It is a believer’s distinction that he stops others from evil and unnecessary speech. But before stopping others, it is necessary that he make his own state so pure that he influences others towards righteousness. He or she must improve their own moral state before guiding others. A person can only wield influence over others when he or she sets a positive example for them to follow.”

“One must also choose the appropriate time, place and way to guide others away from wrongdoing or sin. Certainly, to stop others from evil is virtuous and if done in the right way is a favour. It is not right to humiliate others. For example, one should refrain from publicly exposing the sins of other people.”

His Holiness also stated that in order for prayers to be accepted, humility was the key.

“For prayer to be accepted by Allah Almighty it is necessary to embody humility, to consider oneself as nothing, and to reach the pinnacle of meekness.”

“We see that some people pray, yet, at the same time, they continue to commit evil deeds. This shows that they lack the spirit of earnest prayer and sincerity. They do not pray properly with the spirit needed to succeed. They only pray as a ritual, touching their heads on the ground.” 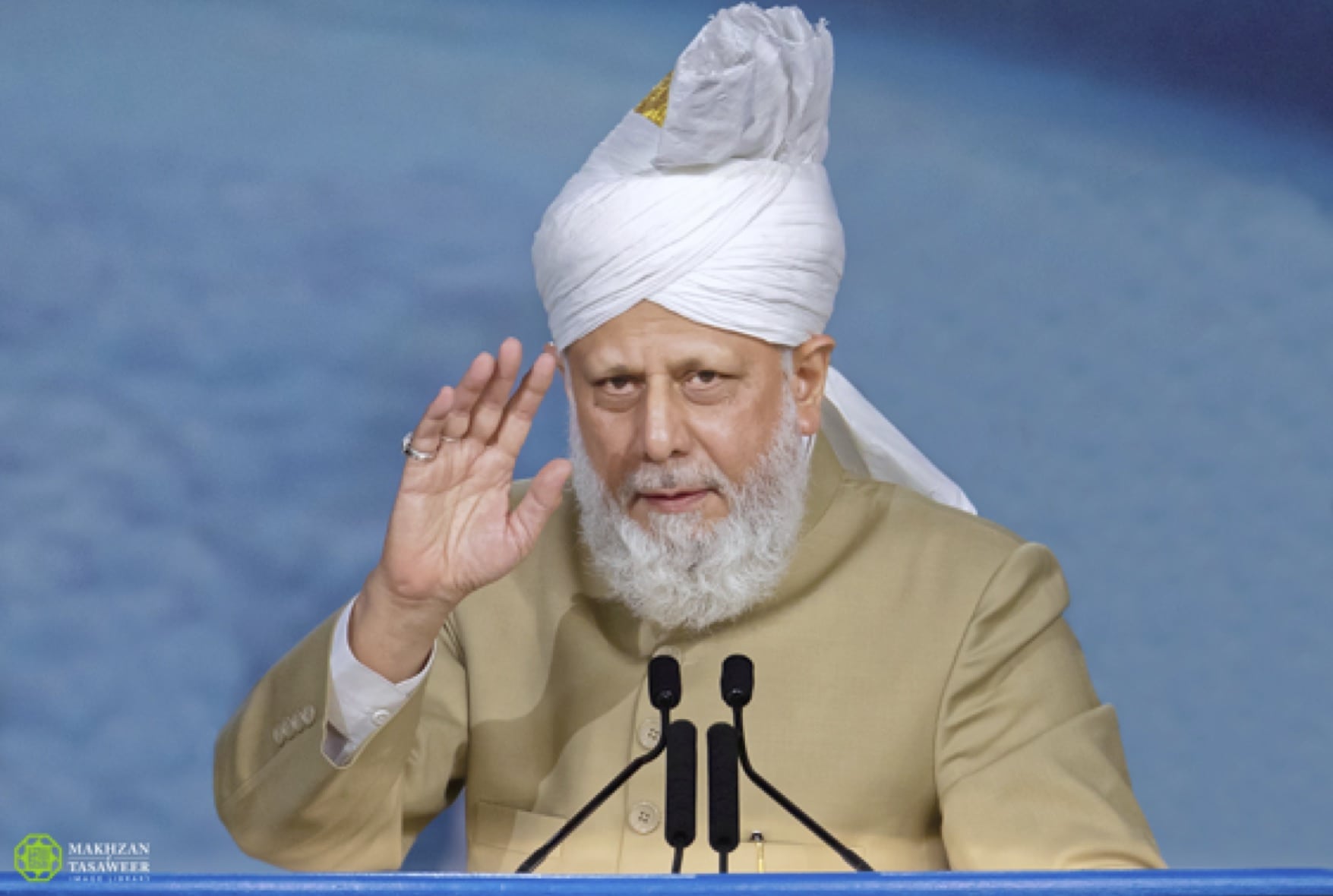 His Holiness concluded the Jalsa Salana by reminding the attendees to focus on sincere prayer and urged them to strive to derive long term benefit from the three days of spiritual rejuvenation experienced at the Jalsa Salana. 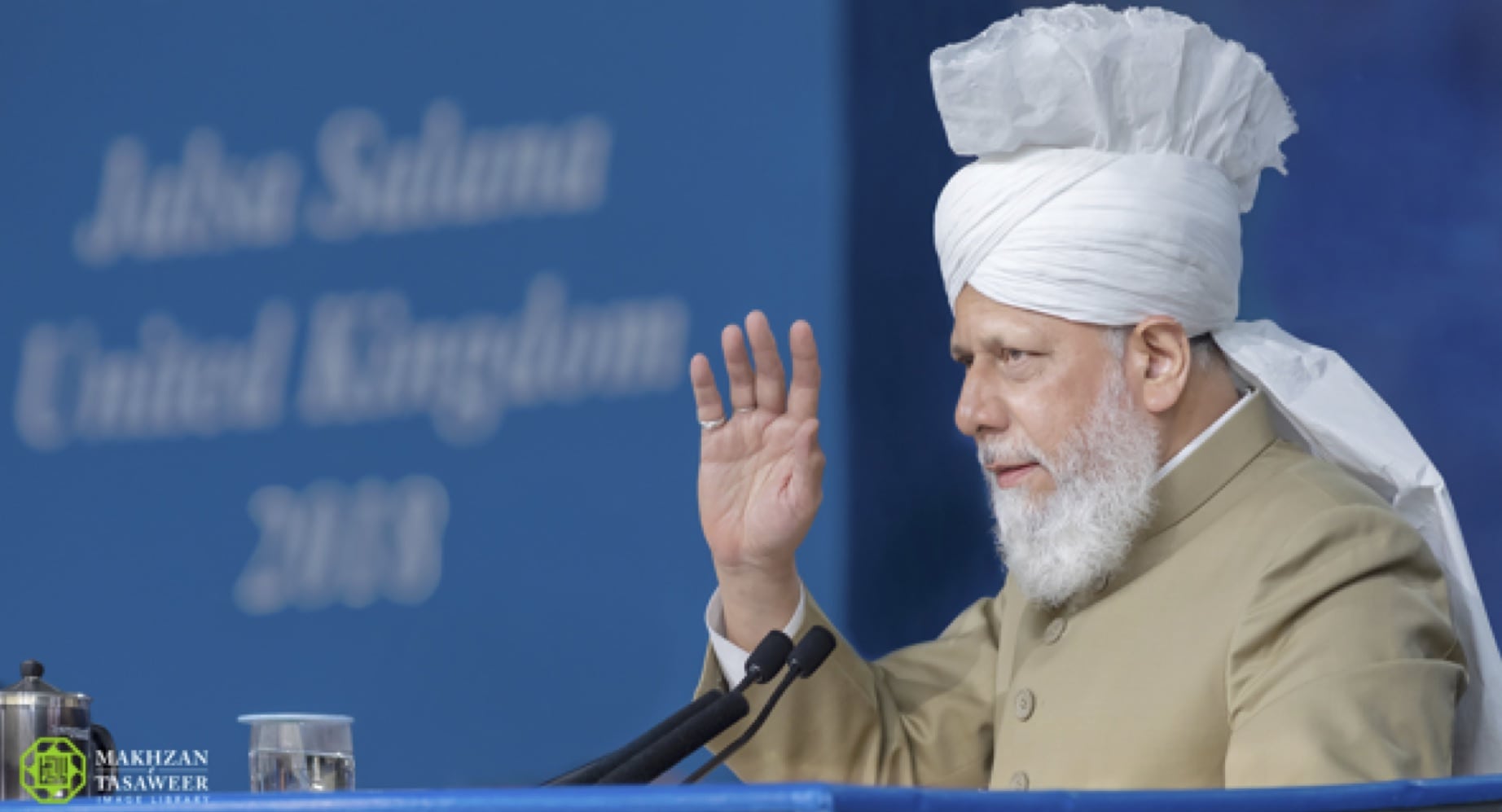 During the course of the Jalsa Salana, His Holiness delivered five addresses, including an annual report of the Ahmadiyya Muslim Community. 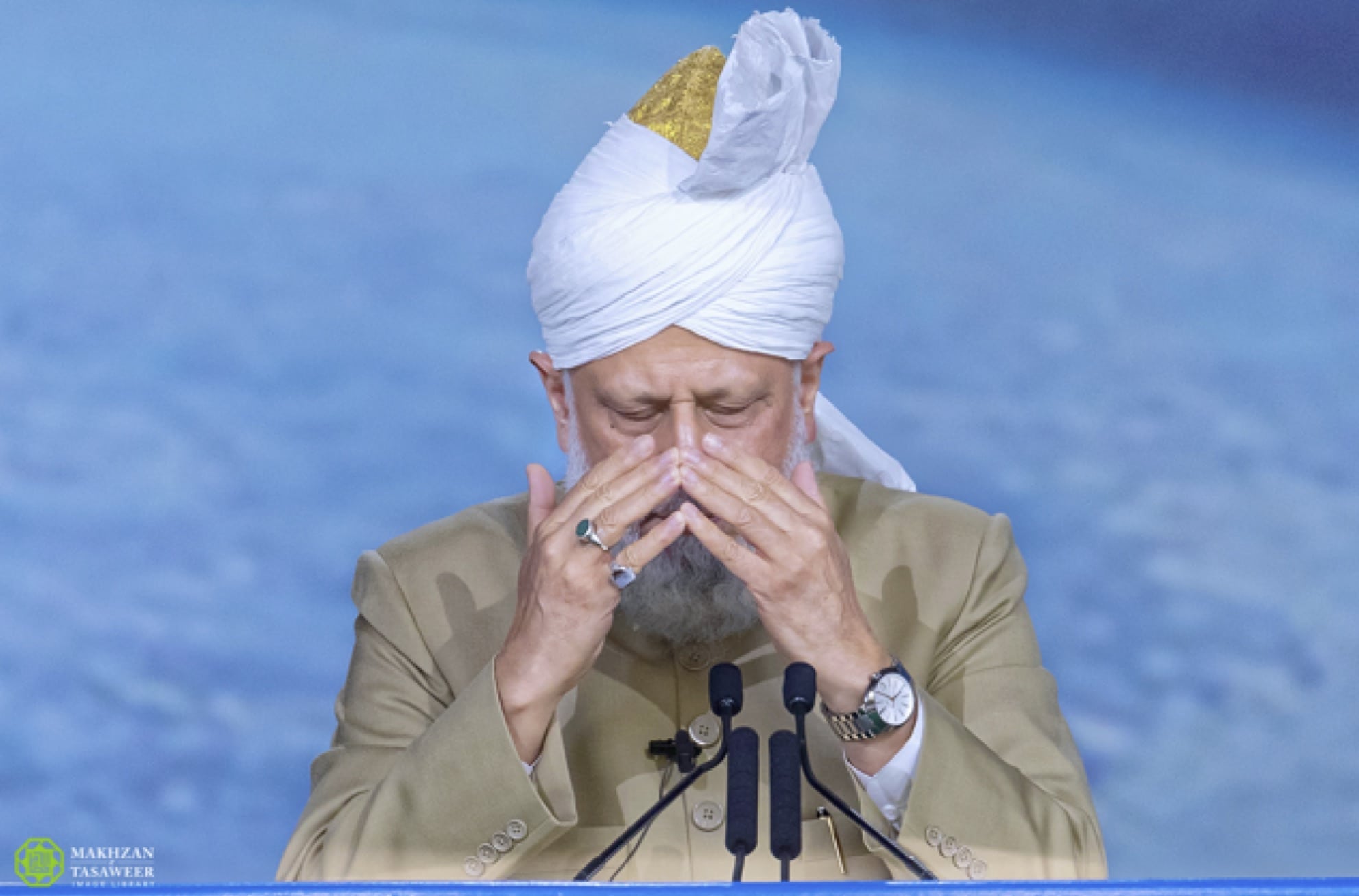 Various other lectures and speeches were delivered during the course of the three days. Further, various exhibitions were displayed such as the ‘Shroud of Turin’ exhibition, the ‘Pathway to Peace’ exhibition and an “Islam in the East’ exhibition.