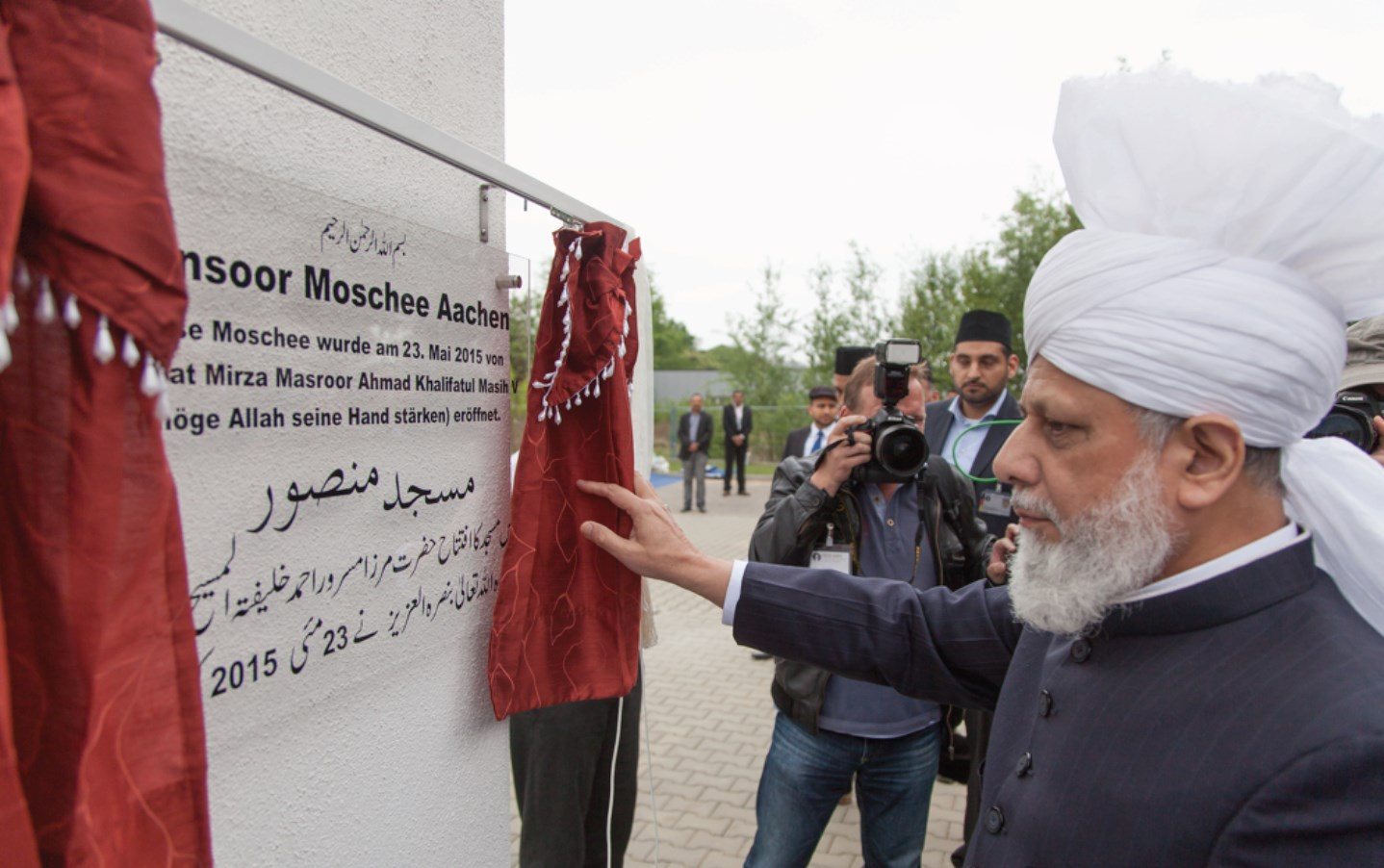 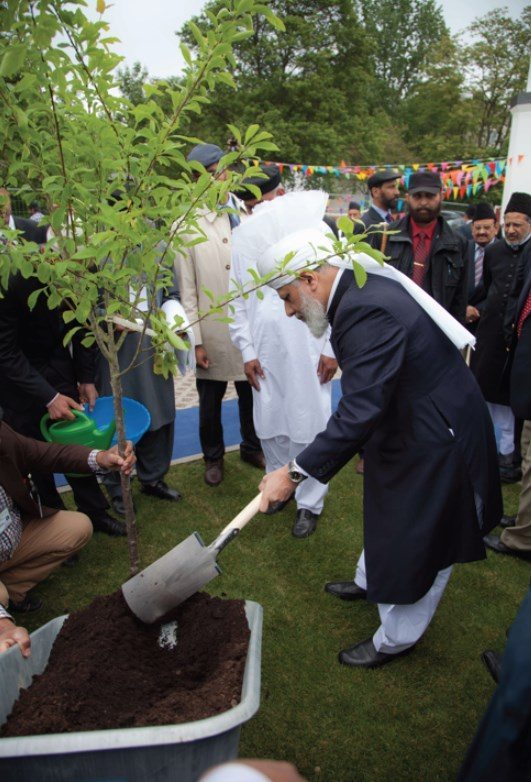 Upon arrival, His Holiness officially inaugurated the Mosque by unveiling a commemorative plaque and offering a silent prayer in thanks to God Almighty. His Holiness then led the Zuhr and Asr prayers at the new Mosque before planting a tree at the Mosque premises to further mark the occasion.

In the evening, a special reception, attended by more than 210 dignitaries and guests, was held to mark the opening of the Mosque. Various dignitaries and politicians such as Marcel Philipp, the Lord Mayor of Aachen and Karl Schultheis, Member of State Parliament North Rhine-Westphalia attended. 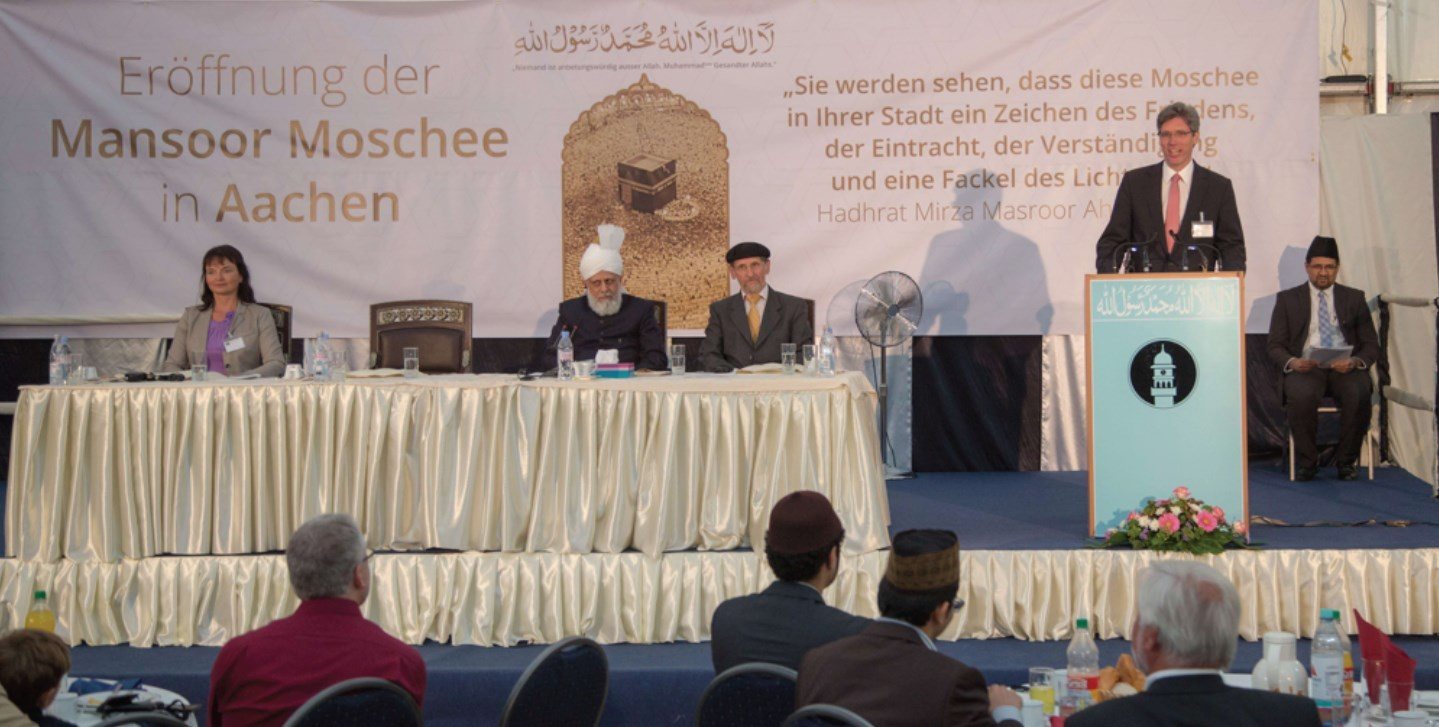 Dr Stephanie Waletzki, representing the State Government, read a message from Guntram Schneider, Minister of Labour, Integration and Social Affairs in which he said:

“I would like to welcome His Holiness, Hazrat Mirza Masroor Ahmad to Aachen. His visit is a truly great honour for our city. The Ahmadiyya Muslim Community plays a great role in our society and your motto of Love for All, Hatred for None is now internationally recognised and one which I myself have also adopted.”

Speaking about the objectives of a Mosque, Hazrat Mirza Masroor Ahmad said:

“The main purpose of a Mosque is to act as a place to worship God and to serve His Creation and fulfil their rights. There are so many people who are suffering in the world through poverty, who are ill or who cannot afford education and so helping them is a means of fulfilling the rights of a Mosque.” 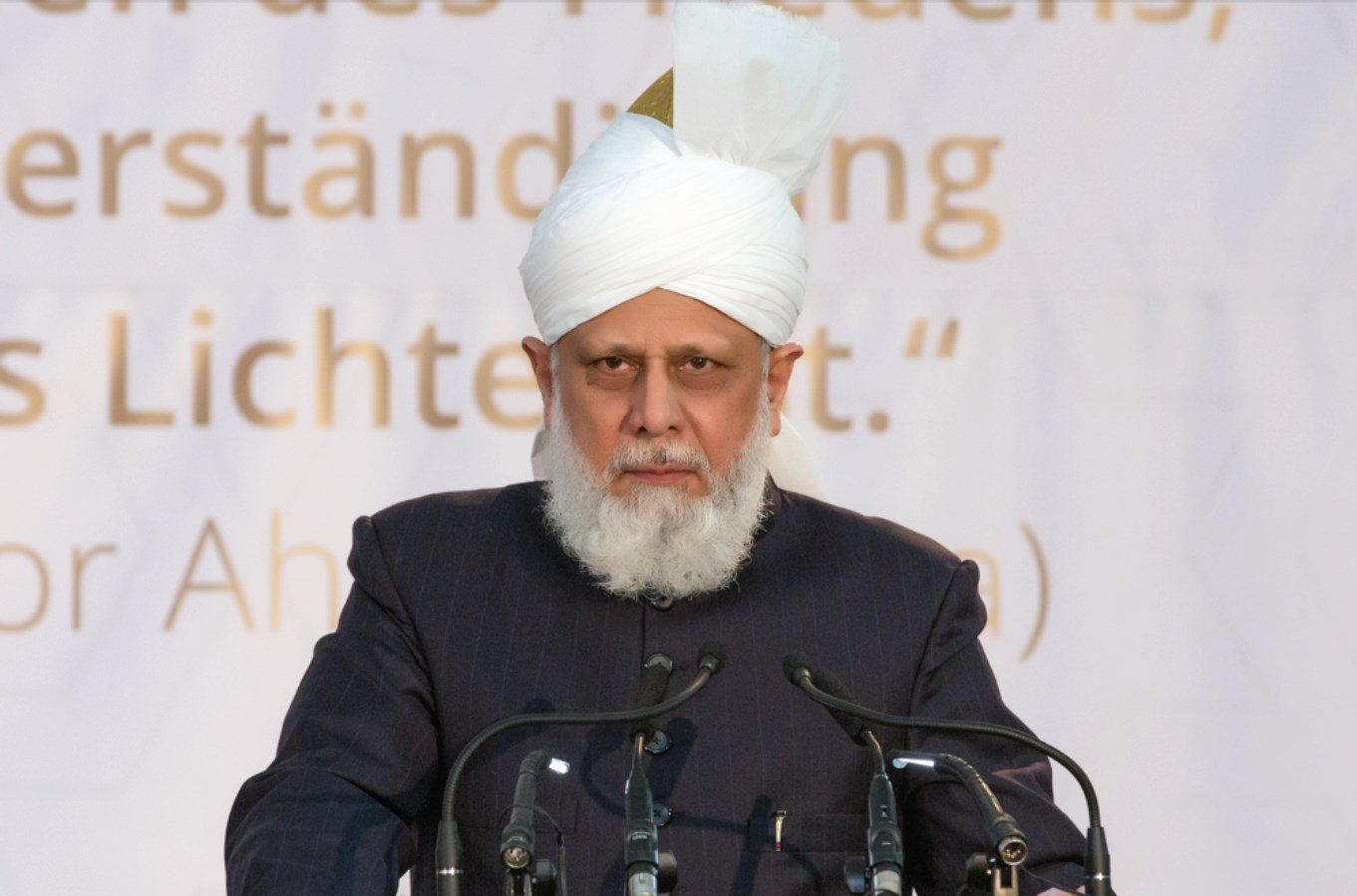 “Allah the Almighty desires mankind to help and support those who are weak and vulnerable and so it is this Islamic teaching that motivates the Ahmadiyya Muslim Community towards serving humanity. Therefore, we are providing aid, shelter, healthcare and education to those in need irrespective of their backgrounds.”

“Every single person in the world has the right to attain an education and so it incumbent upon us to help those who are deprived. And so the Ahmadiyya Muslim Community is building schools and providing scholarships to provide education to those who would otherwise be left deprived.” 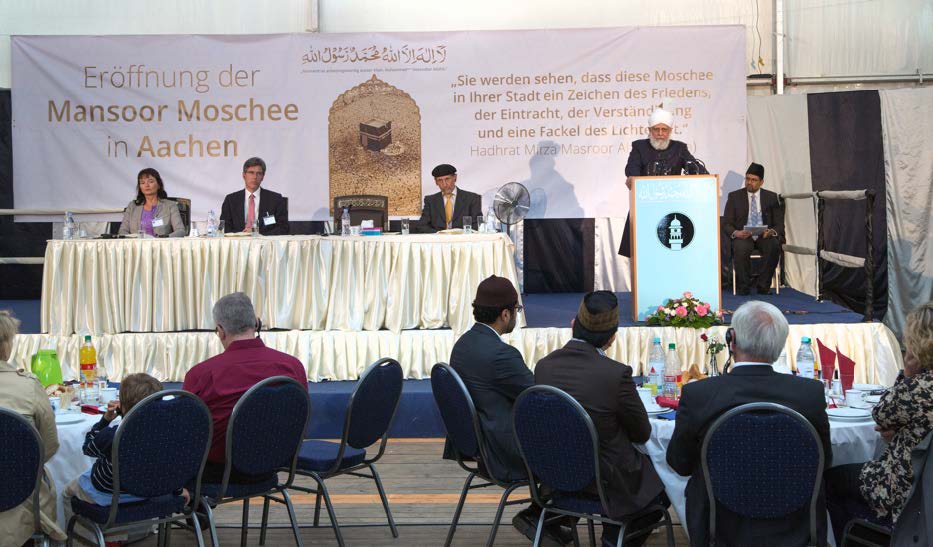 Referring to an Ahmadi Muslim well known throughout the local community as the owner of a flower shop in the city centre of Aachen, His Holiness said that his shop was a symbol of how Ahmadi Muslims spread peace and goodness in their societies.

“Whilst physical flowers die away after a few days and lose their fragrance, the spiritual flowers presented by the Ahmadiyya Muslim Community are everlasting.”

“These spiritual flowers, consisting of the highest moral values, will forever be remembered and appreciated by nations and their people. This is the gift presented by the Ahmadiyya Muslim Community to the world whose fragrance will prove eternal.”