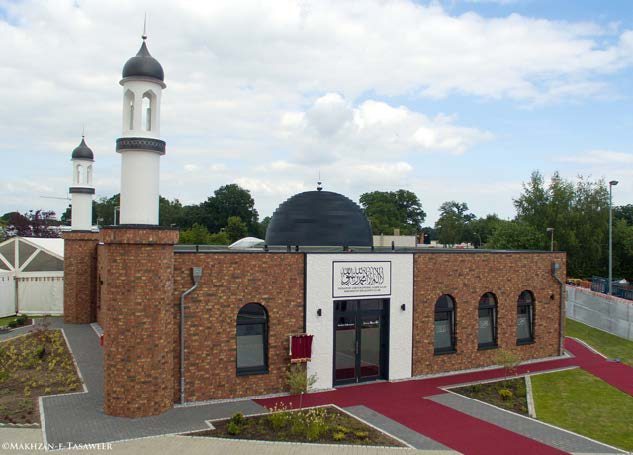 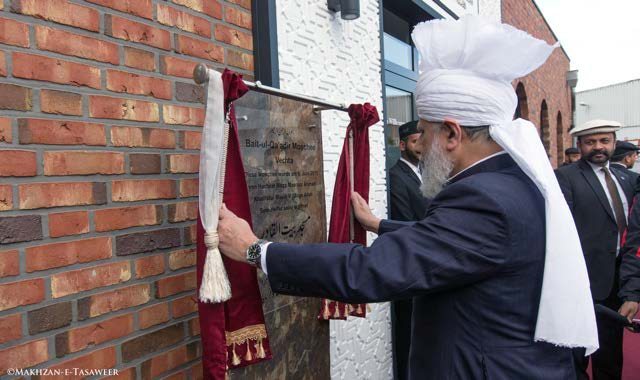 Upon arrival, His Holiness officially inaugurated the Mosque by unveiling a commemorative plaque and offering a silent prayer in thanks to God Almighty.

His Holiness then led the Zuhr and Asr prayers at the new Mosque before planting a tree at the premises to further mark the occasion. In the evening, a special reception, attended by more than 170 guests and dignitaries was held to mark the opening of the Mosque. 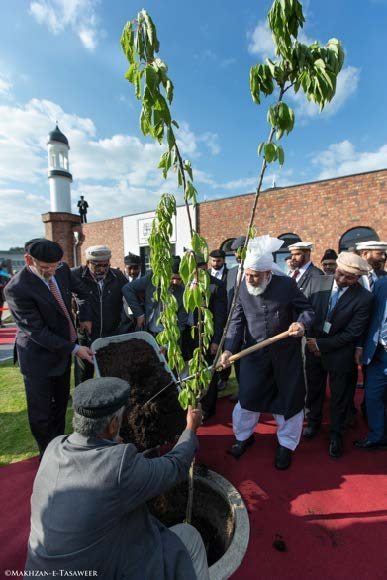 “The opening of this Mosque is of great significance to our city and is a symbol that Islam is welcome in Vechta.”

“I would like to congratulate the Ahmadiyya Muslim Community on the opening of the new Mosque. I know that the local Ahmadi Muslims have waited a long time for this day and so I am truly delighted that today they are seeing the fruits of their efforts.” 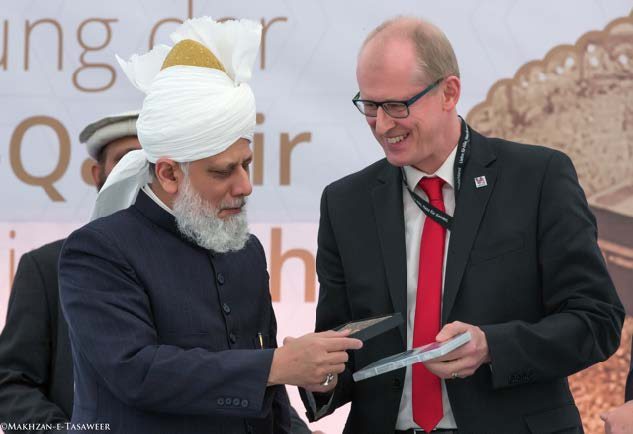 The keynote address was delivered by Hazrat Mirza Masroor Ahmad, during which he spoke of the true character of the Holy Prophet of Islam (peace be upon him), the objectives with which the Promised Messiah (peace be upon him) was sent and the continued commitment of the Ahmadiyya Muslim Community to serving humanity.

Referring to the time when the Holy Founder of Islam (peace be upon him) was granted permission for a defensive war, Hazrat Mirza Masroor Ahmad said:

“After 13 years of sustained and bitter persecution, the early Muslims were granted permission by Allah to defend themselves. However this permission was not granted only to protect Islam – but rather it was granted to protect all places of worship and religion itself.” 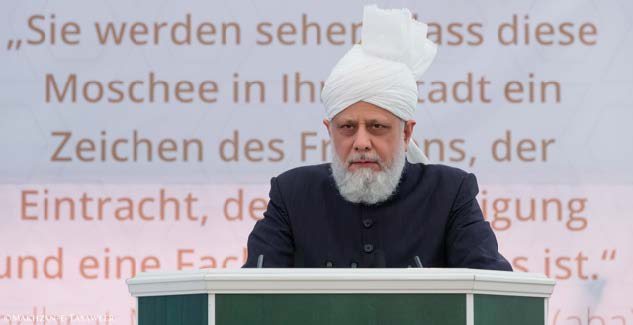 Hazrat Mirza Masroor Ahmad said the Founder of the Ahmadiyya Muslim Community, the Promised Messiah (peace be upon him) was sent by Allah with two main objectives.

One was to bring mankind closer to its Creator and the other was to make mankind realise its duties and responsibilities to one another. His Holiness said it was this spirit and these teachings that underpinned the activities of the Ahmadiyya Muslim Community.

“We, Ahmadi Muslims, hold sentiments of love for all of mankind and we believe that if we do not fulfil the rights of others then our worship will prove worthless. Thus, wherever we can, we seek to help others. And so in Africa and indeed other parts of the world we are engaged in various humanitarian projects. For example, we have established many schools and hospitals which are providing education and healthcare to the local people living in the most deprived parts of the world.”

“Here in the West it is common for people to waste water but I personally spent 8 years living in Africa and so I have seen for myself how desperate for water those people are. Young children, no older than 7 or 8, have to walk for miles with large water vessels balanced on their heads in order to retrieve water from dirt-filled ponds.” 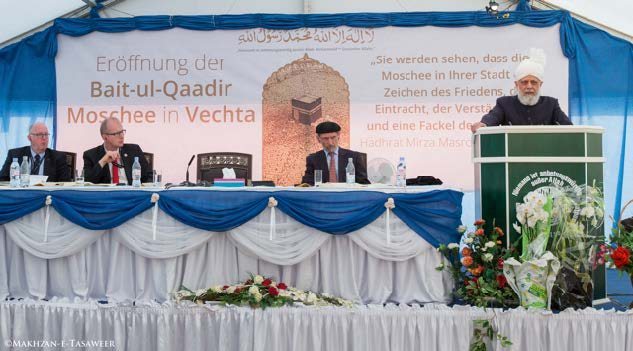 “We, Ahmadi Muslims, seek to help such deprived people by providing water relief to them through the installation or rehabilitation of water pumps in the most remote parts of the world. When the pumps begin to work and water begins to flow the happiness on the faces of the local people is indescribable.”

Hazrat Mirza Masroor Ahmad referred to the fact that the new Mosque had been built by stone bricks. His Holiness said that stone was considered to be a ‘hard’ and ‘impenetrable’ material and but the Holy Quran had mentioned those stones from whose core pure waters gushed forth.

“Just like those stones from which water gushes out, you will see that nothing but love, compassion and peace will gush from the hearts of Ahmadi Muslims.”

“Today, there is great disorder and conflict in the world – not just in Muslim countries but also in other parts of the world as well. Thus, we must all work together and play our roles in spreading peace and fostering mutual respect and tolerance. If we are successful then, where on the one hand we will be protecting ourselves, we will also be safeguarding the lives of our future generations. However, if we fail in this task then surely our next generations will question why we did not take action to protect their futures.” 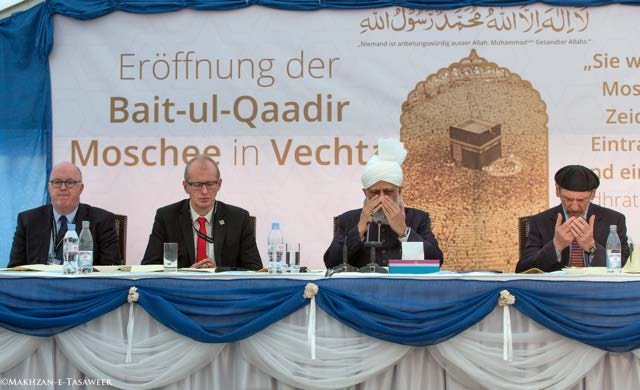 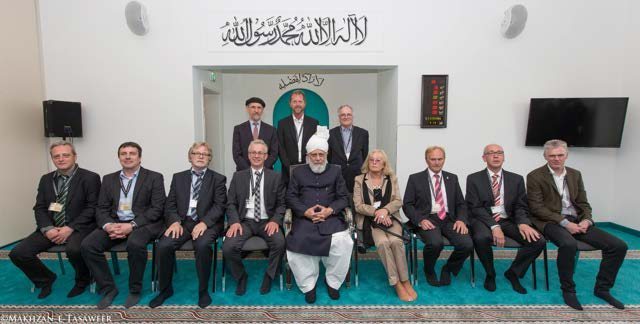