“Spread Islam through love, not by force or compulsion” – Head of Ahmadiyya Muslim Community 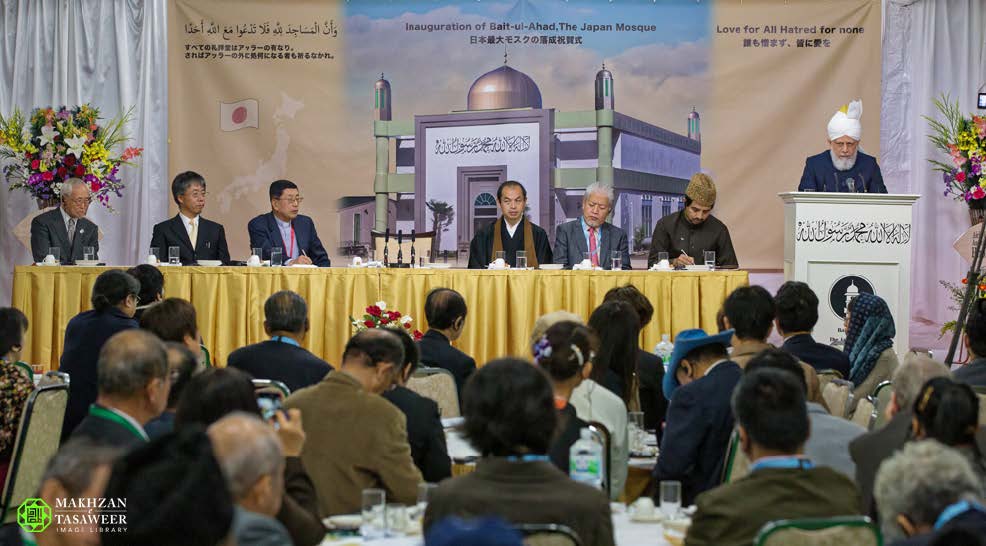 On 21 November 2015, the World Head of the Ahmadiyya Muslim Community, the Fifth Khalifa (Caliph), His Holiness, Hazrat Mirza Masroor Ahmad delivered the keynote address at a special reception held to mark the inauguration of the Baitul Ahad Mosque (Mosque of the One God) in Nagoya, Japan. Over 100 non-Ahmadi dignitaries and guests attended the evening reception.

The Mosque, which is the Ahmadiyya Muslim Community’s first Mosque in Japan, was officially opened the previous day when His Holiness delivered his weekly Friday Sermon. 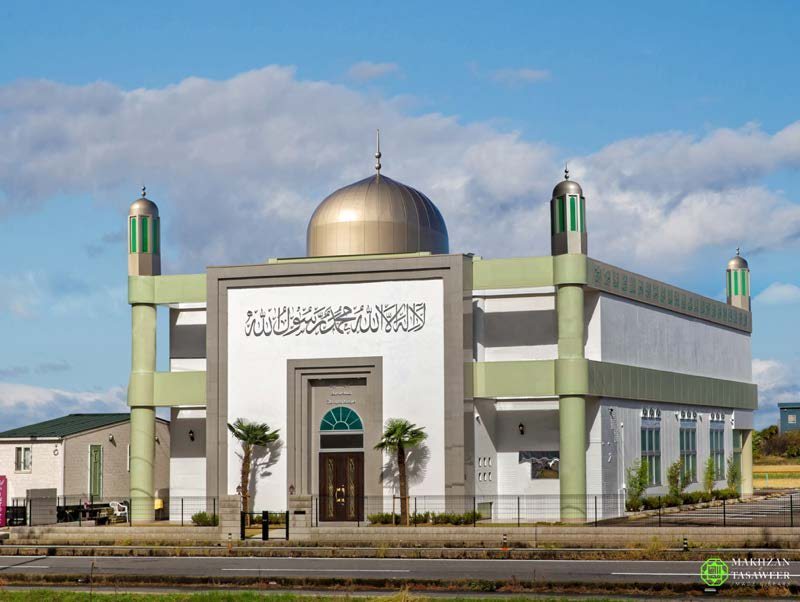 During his keynote address, Hazrat Mirza Masroor Ahmad explained the true concept of Islamic worship and said the objectives of Ahmadi Muslim Mosques mirrored the objectives with which the Holy Kaabah was built.

His Holiness began by stating that all forms of terrorism and extremism were completely opposed to the teachings of Islam.

“Let me make it crystal clear that Islam’s teachings and the purposes of true Mosques are entirely peaceful and a means of bringing society together. Indeed, the basic objectives underpinning Mosques are that they should be places for people to gather together to worship God and to spread love, compassion and goodwill throughout society.” 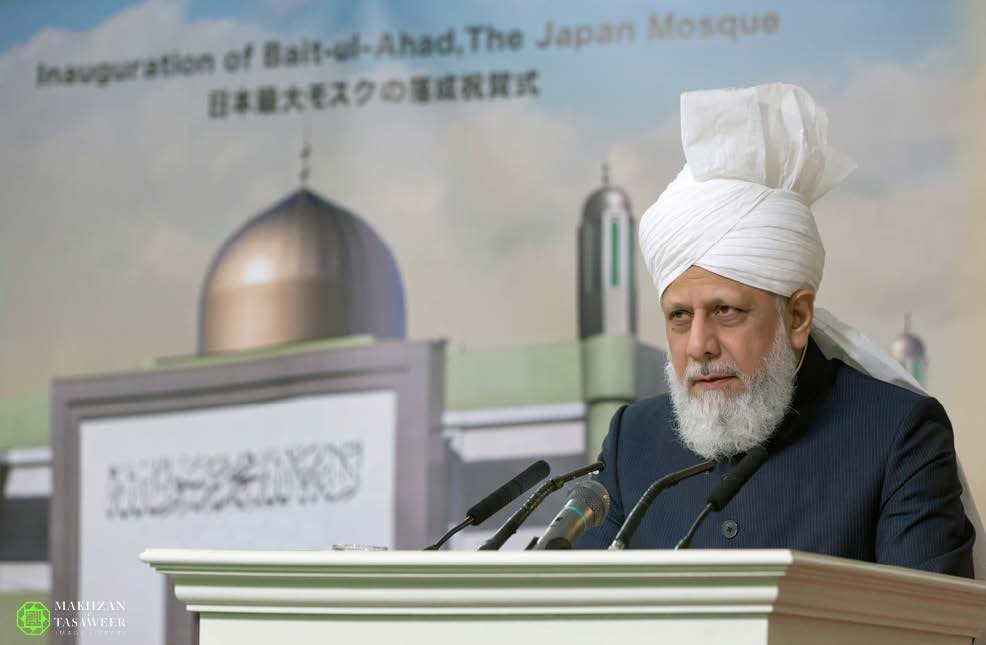 “In the Arabic lexicon, the worship in a Mosque and the prayers that are offered are known as ‘As-Salat’. In essence, this term means compassion, benevolence, prosperity and blessings.”

“Hence, those people who worship according to the true teachings of Islam will never be cruel nor merciless but instead will be compassionate, loving and those who desire the best for others and who prove to be a never ending source of blessings for mankind.”

The Khalifa outlined the objectives with which the Founder of the Ahmadiyya Muslim Community had been sent by Allah as the Promised Messiah and Imam Mahdi.

“The Promised Messiah (peace be upon him) exhorted humanity to recognise their Creator and to submit before Him. He called on mankind to end all cruelties and injustices and to live in harmony with one another and to fulfill each other’s due rights. He affirmed that the Holy Prophet Muhammad (peace be upon him) was a source of mercy for all humanity. And he declared that according to the Quran there should be no compulsion in matters of religion.”

“We seek to spread Islam not by force or compulsion but through love and compassion. Our Community and our Mosques fulfill those purposes for which the Holy Kaabah was built – to spread peace in the world. Our Mosques are beacons of light that illuminate their surroundings.”

The religious leader also spoke of the various humanitarian initiatives undertaken by the Ahmadiyya Muslim Community.

For example, the Ahmadiyya Muslim Community had established schools and hospitals that were providing education and healthcare services in the most remote parts of the world to those in need, irrespective of religion or background.

“Ahmadi Muslims seek to wipe away the tears of those who are in pain. We seek to remove their grief, desperation and heartache. We seek to fulfil their needs and to help them stand upon their own two feet.”

“We seek to inform the Japanese people that Islam is that religion which calls upon us to recognise our Creator, to attach ourselves to Him and to serve mankind. And so God willing, this Mosque, which is our first Mosque in Japan, will forever spread this message, both in this city and across the nation.” 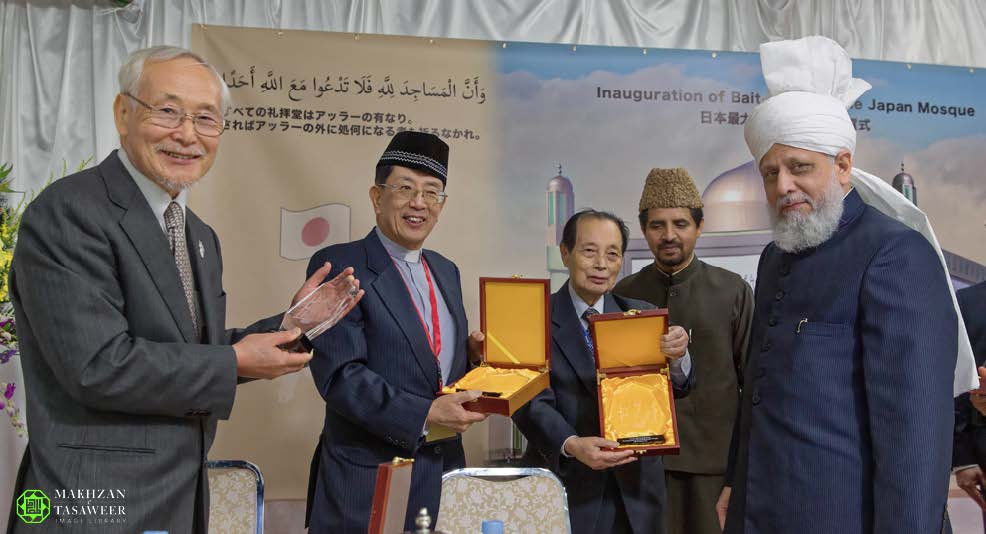 “The minarets of this Mosque will proclaim that Islam is a religion of peace, security and love and a religion of fulfilling the rights of God and of one another.”

“The reality remains, and always will remain, that Islam is that religion whose teachings of peace are unmatched in the history of the world.”

Earlier, various faith leaders and dignitaries also addressed the audience. They congratulated the Ahmadiyya Muslim Community upon the opening of the Japan Mosque and welcomed Hazrat Mirza Masroor Ahmad to the country. 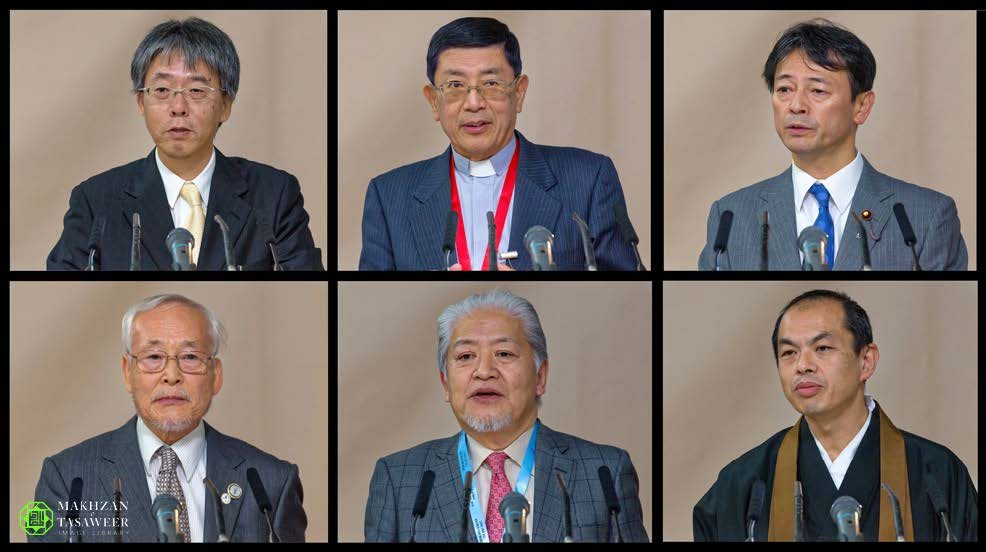 They also reiterated their appreciation for the humanitarian services and help offered by the Ahmadiyya Muslim Community in the aftermath of the 2011 earthquake and tsunamis in Japan.

The event concluded with a silent prayer led by Hazrat Mirza Masroor Ahmad and later His Holiness personally met with the non-Ahmadi guests individually.