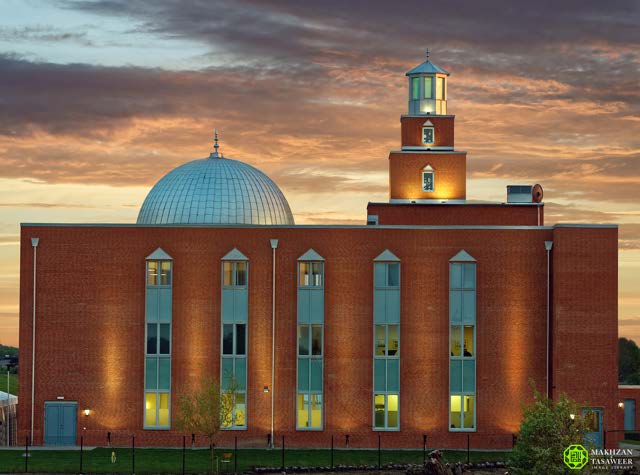 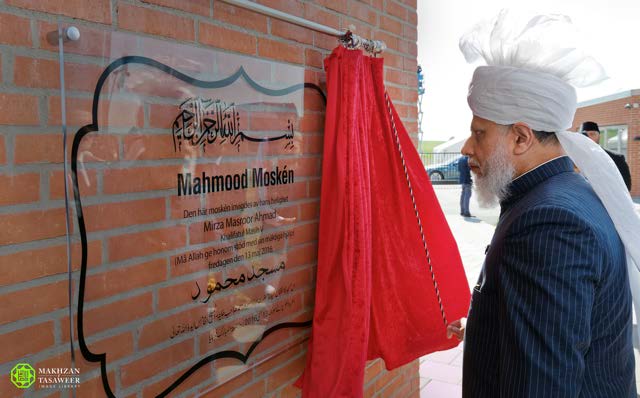 After unveiling a commemorative plaque His Holiness proceeded to deliver his weekly Friday Sermon, which was broadcast live around the world on MTA International.

During his sermon, His Holiness emphasised the need for Ahmadi Muslims to fulfill the true peaceful purposes of the Mosque, while also praising the exceptional sacrifices made by members of the community.

“We, Ahmadi Muslims, do not build Mosques for any materialistic gain, rather we build them solely for the worship of God and to attain His rewards. Having built this beautiful Mosque, we must not assume that we have fulfilled our obligations because in reality our duties have only just begun. We must seek to fill and populate this Mosque.” 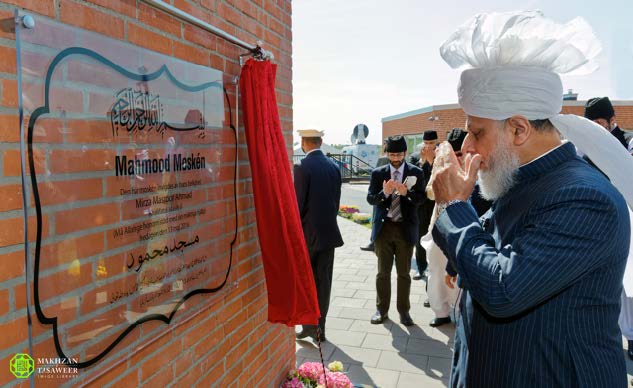 “Now that this Mosque has opened you must increase your love for one another and set shining examples of Islam’s true and peaceful teachings. Remember, that the real beauty of this Mosque lies not in its structure or design, rather it lies in the spiritual beauty of your hearts and conduct.”

The Khalifa recounted a number of examples of personal financial sacrifices made by local Ahmadi Muslims towards funding the Mahmood Mosque. Men, women and children all took part in this effort. 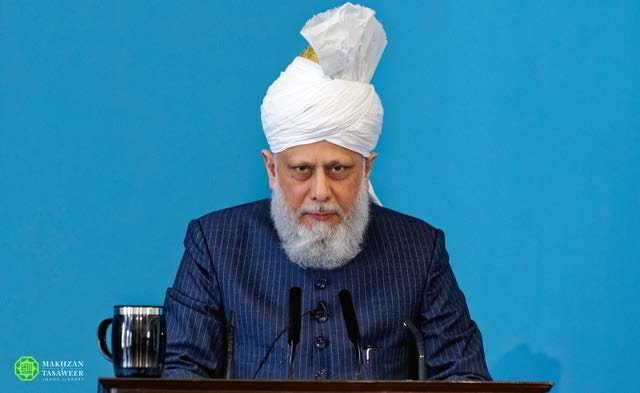 For example, one man sold his car, whilst some ladies donated jewellery and young children offered their pocket money. His Holiness said that all such sacrifices were made in order to gain the pleasure of God Almighty.

Regarding the location of the Mosque, Hazrat Mirza Masroor Ahmad said:

“Sometimes journalists ask me why we have chosen a certain location or city for a Mosque. The truth is that neither does Malmo hold any particular significance, nor does any other location. Our only motivation is to build Mosques wherever there are Ahmadi Muslims so that they can join together to worship God Almighty.”

The Khalifa said that it was the responsibility of Ahmadi Muslims to invite people towards the Oneness of God and to dispel false notions about Islam. 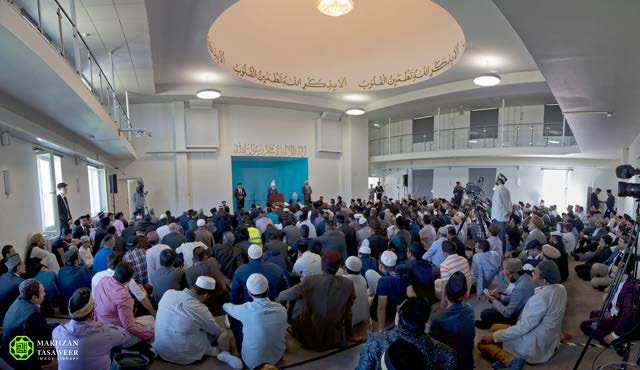 “You must remove the fears and misunderstandings that the local people may harbour about Islam and explain to them its true peaceful teachings. The Government and people of this nation have let you build this Mosque and so in return for this favour you must always show them sympathy and seek to bring them closer to their Creator.” 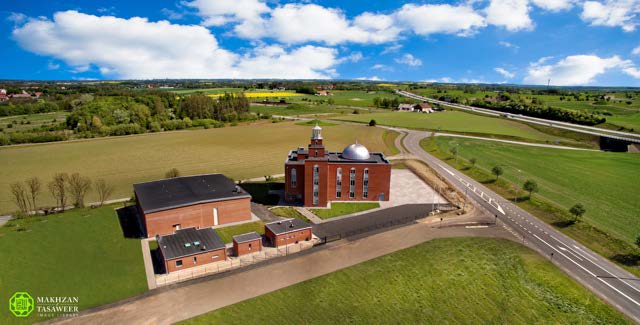 Speaking about the state of the world and reminding the local Ahmadi Muslims of their responsibilities, Hazrat Mirza Masroor Ahmad said:

“It is a source of deep regret that today the most discord and conflict is found amongst Muslims. Therefore it is the responsibility of Ahmadi Muslims to become living examples of the peaceful teachings of Islam and to spread its true and beautiful message far and wide.”