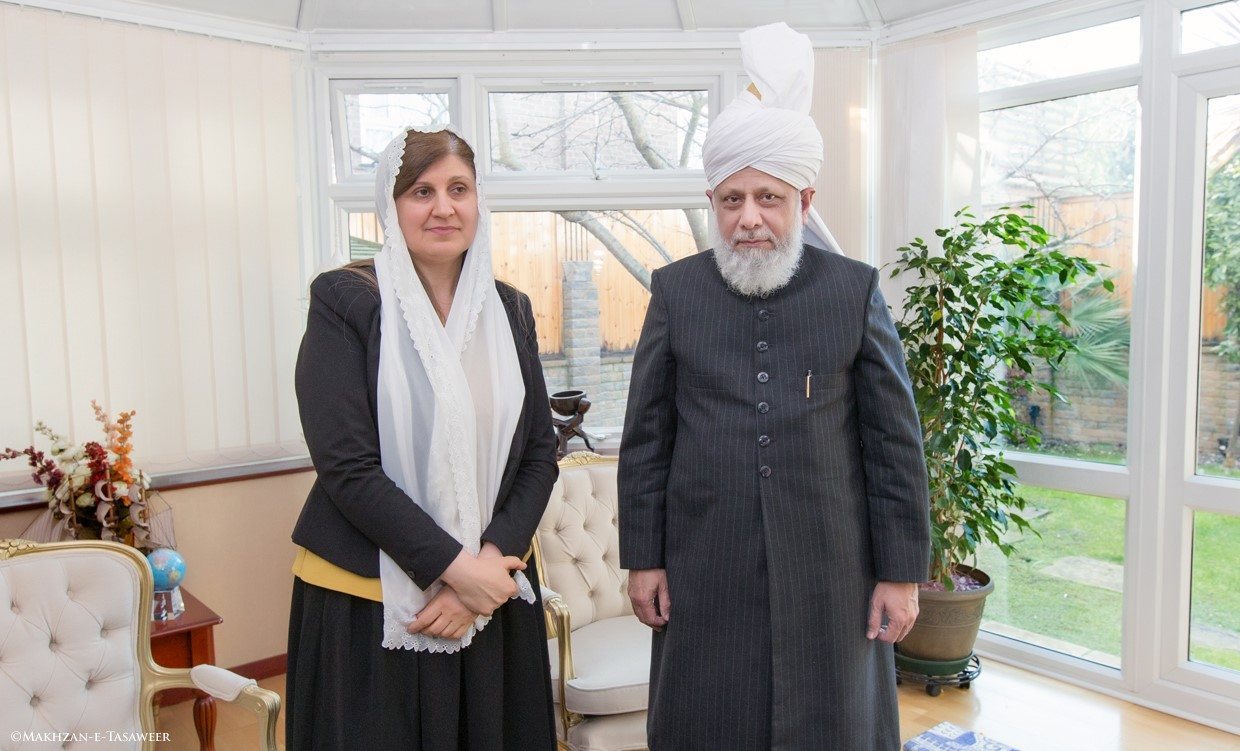 On 7 March 2015, Mrs Shadiye Heydari, Member of Sweden’s National Parliament (Sveriges Riksdag), visited the Fazl Mosque in London where she was granted an audience with the World Head of the Ahmadiyya Muslim Community, the Fifth Khalifa, His Holiness, Hazrat Mirza Masroor Ahmad.

During the 40-minute meeting, His Holiness spoke about the increasing threat and danger posed by extremism in many parts of the world. His Holiness counselled that politicians should seek to identify the root causes of extremism and to build a long-term strategy to counter youth radicalisation. His Holiness said that so called ‘Jihadi fighters’ were “completely senseless” and their acts were to be categorically condemned.

Speaking specifically regarding the threat of ISIS, His Holiness said he believed that a “concerted and united effort” was required to stop the terrorist group.

His Holiness said that for peace in the world to prevail it was necessary for justice and fairness at all levels of society to prevail.

Mrs Heydari, who represents the Swedish Social Democratic Party, thanked His Holiness for his guidance and said that she hoped that His Holiness would visit Sweden in the future. His Holiness thanked her for the invitation and prayed that she was successful in promoting peace and human rights in the world.