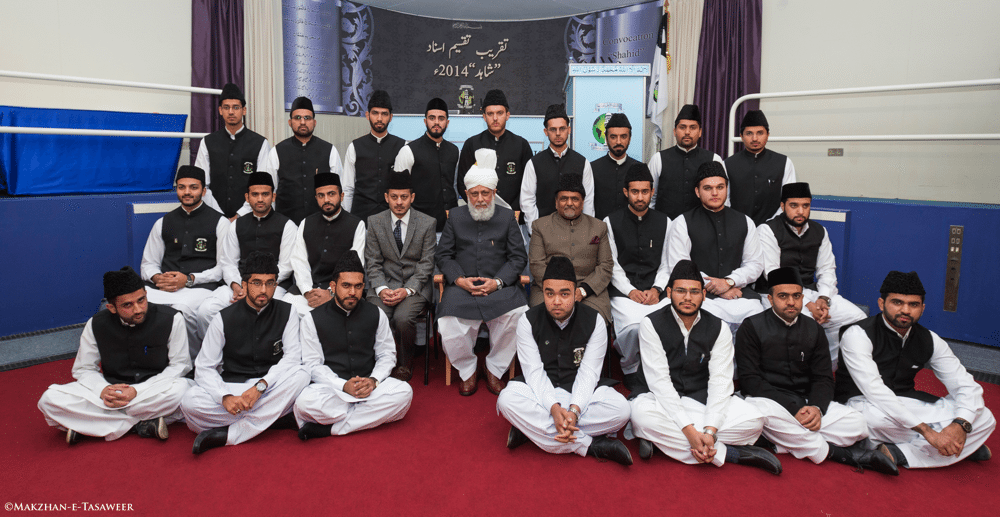 The Ahmadiyya Muslim Community is pleased to announce that on 13 December 2014, the Third Convocation Ceremony of Jamia Ahmadiyya UK took place at the College premises in Haslemere in Surrey.

The ceremony was presided over by the World Head of the Ahmadiyya Muslim Community, the Fifth Khalifa, His Holiness, Hazrat Mirza Masroor Ahmad. 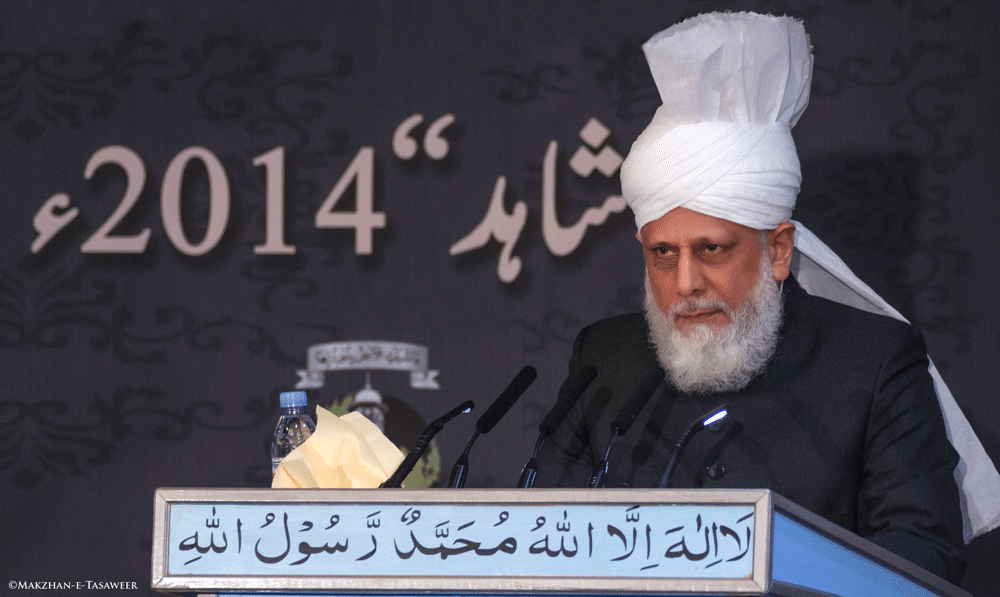 During the event, 22 graduates were presented with their ‘Shahid Degree’ certificates by Hazrat Mirza Masroor Ahmad and were thus enrolled as official Missionaries of the Ahmadiyya Muslim Community.

The majority of the graduates were from the UK but there were also graduates hailing from Belgium, Denmark, France, Germany, Switzerland and Sri Lanka.

Following a report from the College administration and the formal presentation of the degrees, Hazrat Mirza Masroor Ahmad delivered a faith-inspiring address in which he reminded the graduates of their vast responsibilities as ambassadors of the true Khilafat (Caliphate).

“From today a new chapter in your life has begun. It is now your responsibility to guide the people of the world towards the truth and towards the right path. Thus at all times you must pay attention to whether you are fulfilling this huge task.”

Hazrat Mirza Masroor Ahmad said that education and knowledge alone were not enough but that it was essential that the knowledge gained led to continuous self-improvement.

His Holiness said he had observed in the past that it was not necessarily the best students who became the best Missionaries and that their long-term success was dependent on developing a relationship of true love with God and His Creation.

“Your task is not any ordinary task but is the work of God… Thus in every possible way your conduct should be of the very highest order because others will look to you as an example for them to follow. If your standards fall short then the standards of others will also fall.” 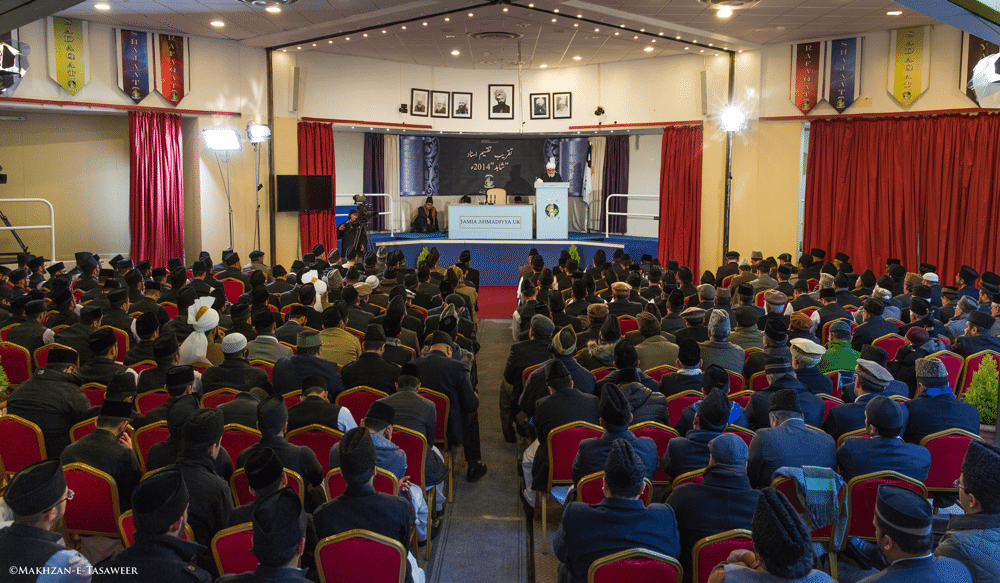 Continuing, Hazrat Mirza Masroor Ahmad said that love for God leads naturally to a love and sympathy for mankind.

He said that when Ahmadi Muslim Missionaries preach the message of Islam, they should only be motivated by a desire to guide their fellow brothers and sisters towards truth and a life of spiritual peace and prosperity.

Hazrat Mirza Masroor Ahmad said that the Missionaries should treat others with kindness, patience and respect. He said that they must remain forever humble and free from all forms of arrogance or pride. 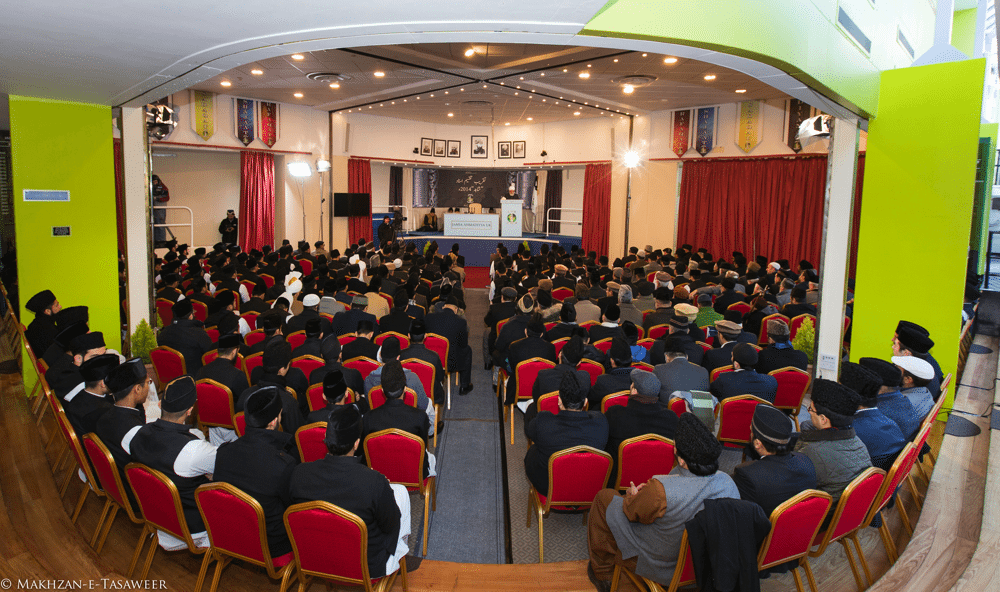 “Never show irritation but rather display patience at all times because ‘irritation’ is a sign of arrogance and arrogance takes a person away from God. Therefore, conduct all of your work with wisdom, thought, humility and by seeking the mercy and forgiveness of God Almighty.”

“You should not only maintain the standards of your predecessors but you should also seek to raise the existing standards and the way to do this is through humility and humility alone.” 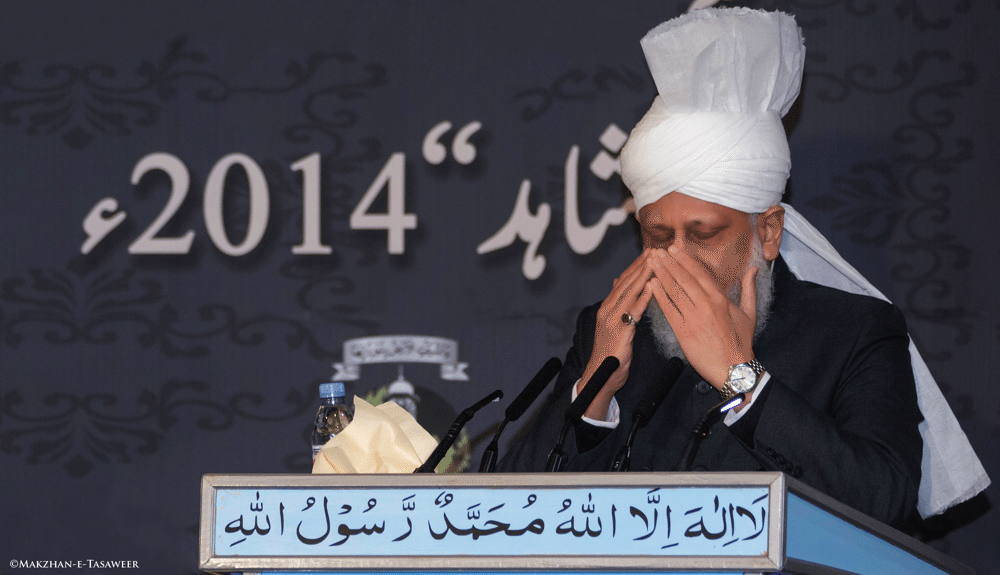 Hazrat Mirza Masroor Ahmad concluded by praying that the graduates fulfilled their roles as ambassadors of Khilafat.

“God has granted you the opportunity to serve your faith and so understand your true role. Always remember that you have pledged your lives to God and that your mission is to spread the true and peaceful teachings of Islam to the corners of the world. You must always keep this pledge at the forefront of your minds.”

The convocation concluded with a silent prayer led by Hazrat Mirza Masroor Ahmad. 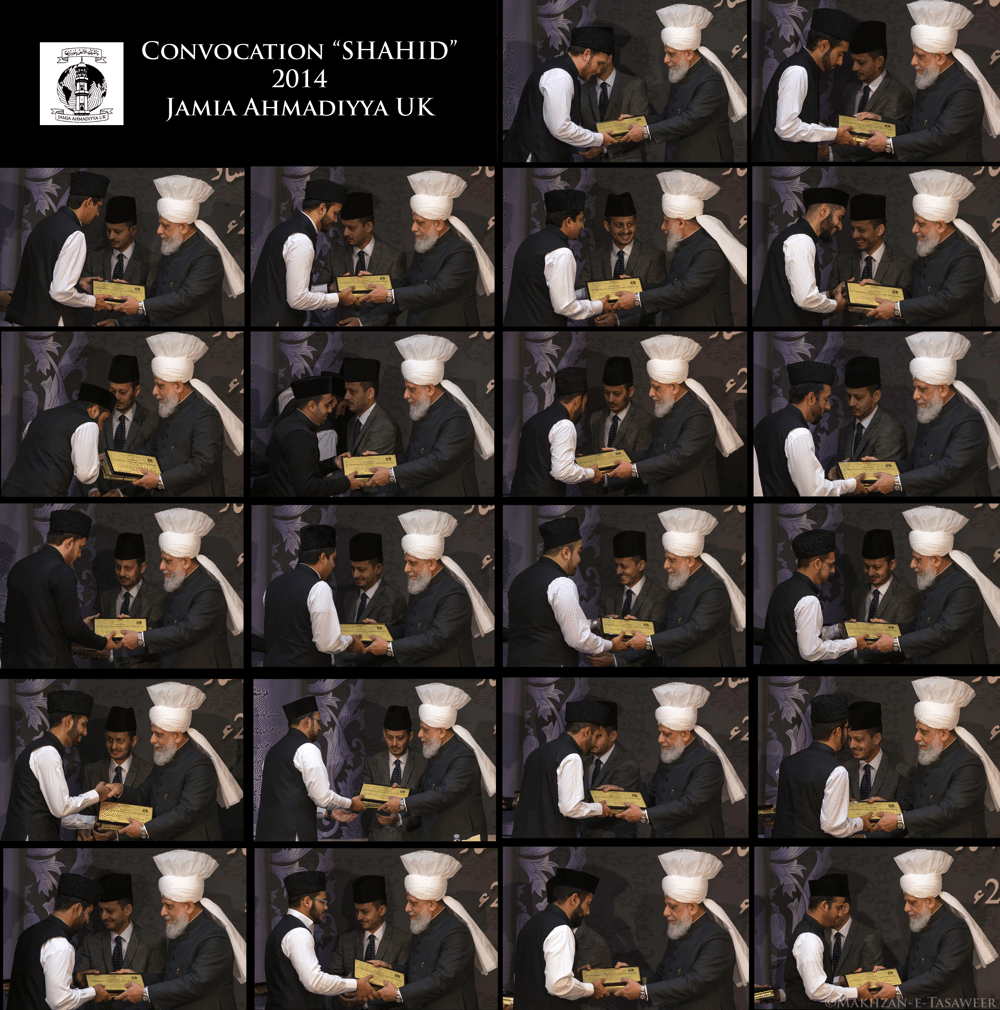 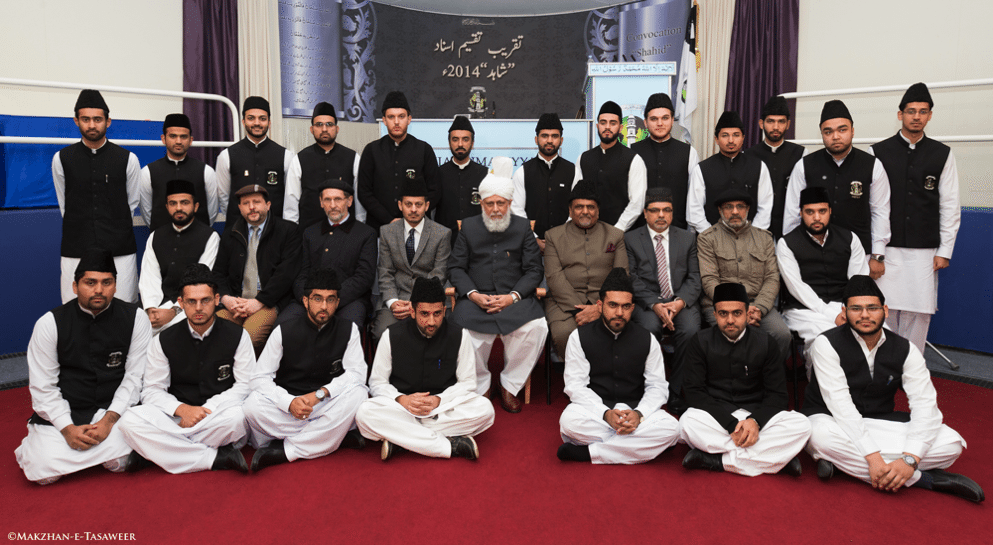 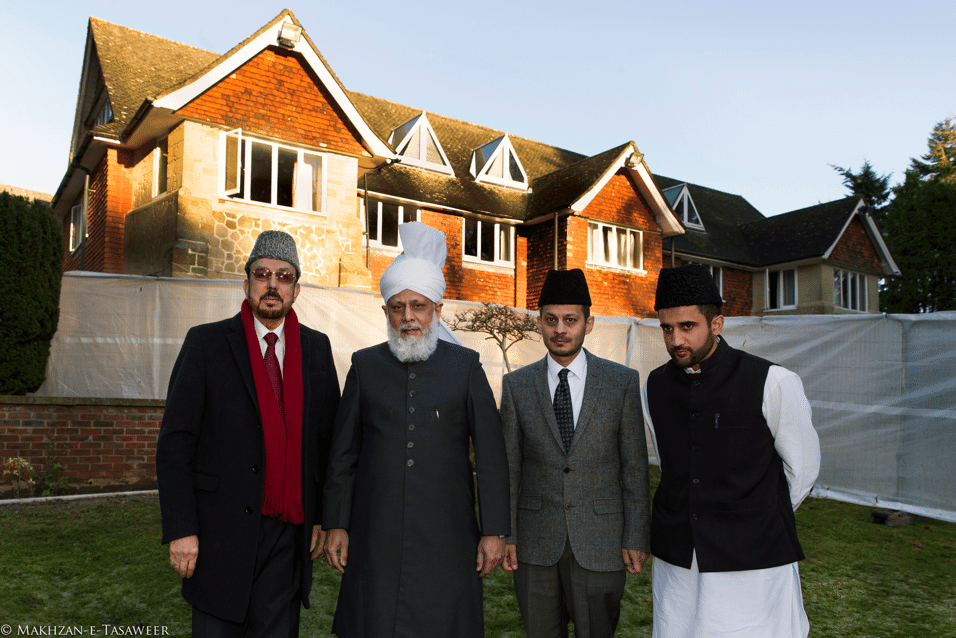