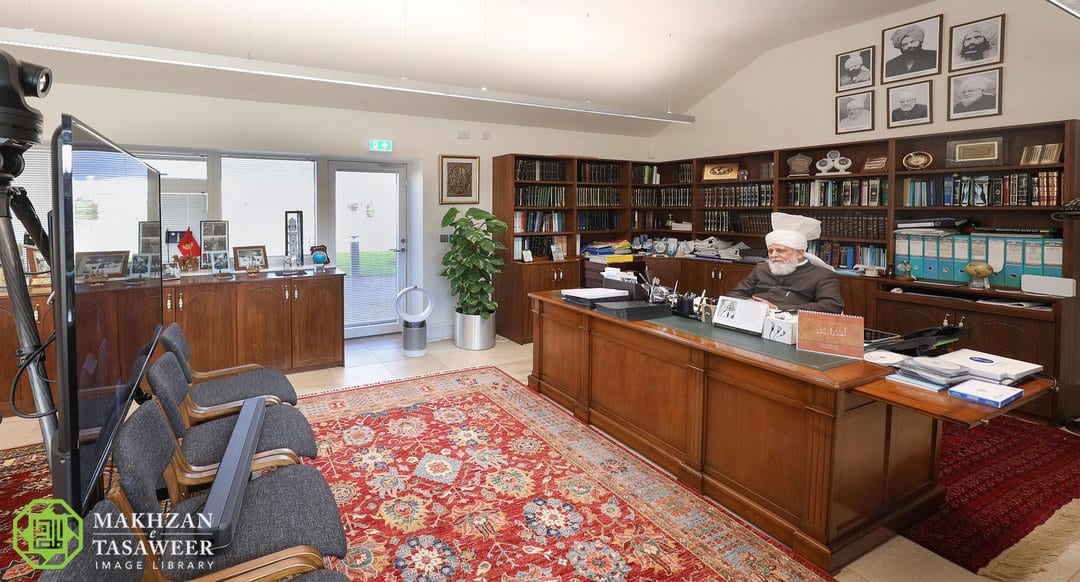 During the 55-minute meeting, all present had the opportunity to speak to His Holiness and to receive the guidance and instructions of His Holiness on a range of issues. 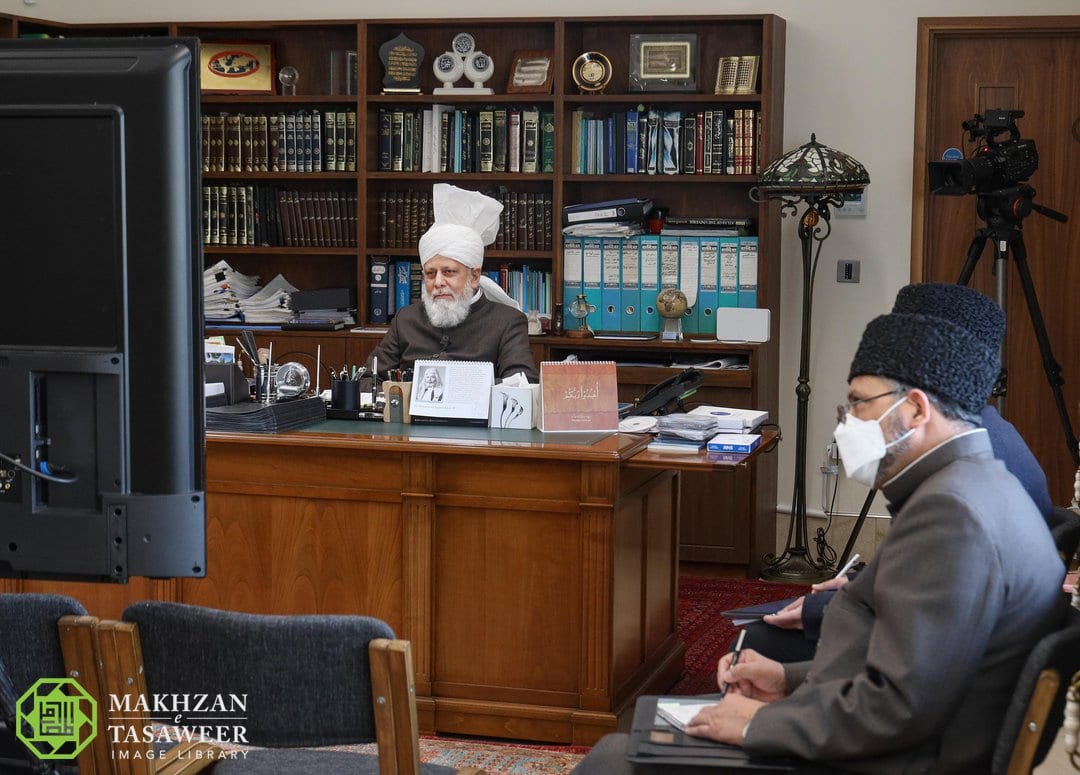 During the meeting, His Holiness particularly instructed that the National Tarbiyyat Secretary (responsible for the moral training of Ahmadi Muslims) should ensure that Tarbiyyat secretaries serving at a local level are very active in order to ensure the moral and religious training of the members of the Ahmadiyya Muslim Community. 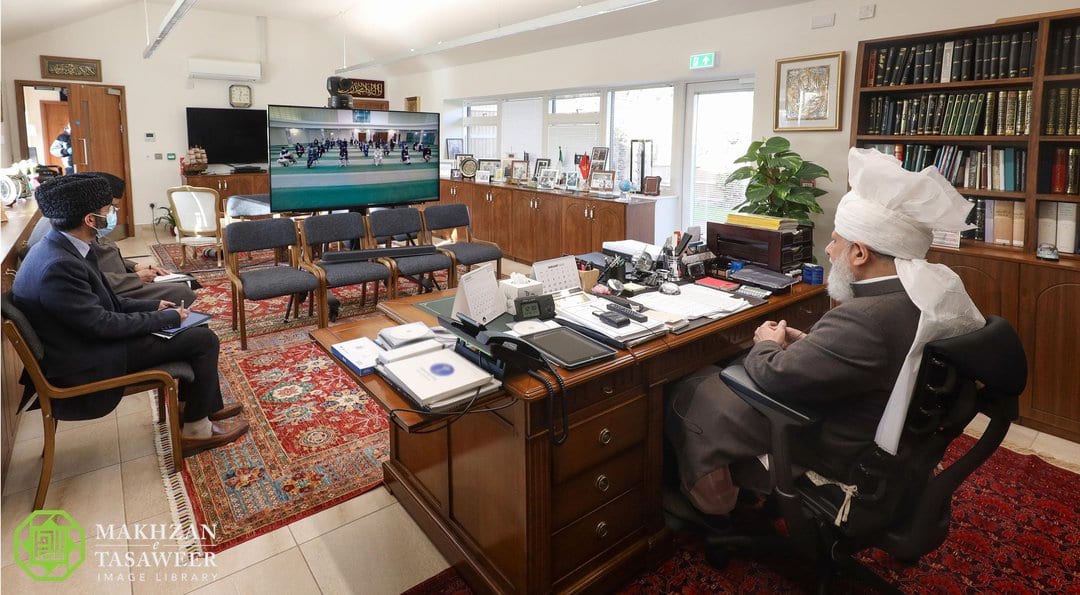 His Holiness also mentioned the need for Amila members to lead by example and commit their time for Waqf-e-Arzi – dedicating a two-week period to help teach the Holy Quran or to convey the teachings of Islam to the wider public.

“First you should concentrate on the Amila members of all the central organisations, Khuddam, Ansar, Lajna and then regional and local Amila members and then others. If they participate in this Waqfe Arzi scheme, then others will follow them.”

His Holiness also emphasised the importance of encouraging Ahmadi Muslims to enter public service, such as the civil service.

A special video report was presented to His Holiness about the progress of the Baitul Futuh Mosque reconstruction, along with other departmental reports. 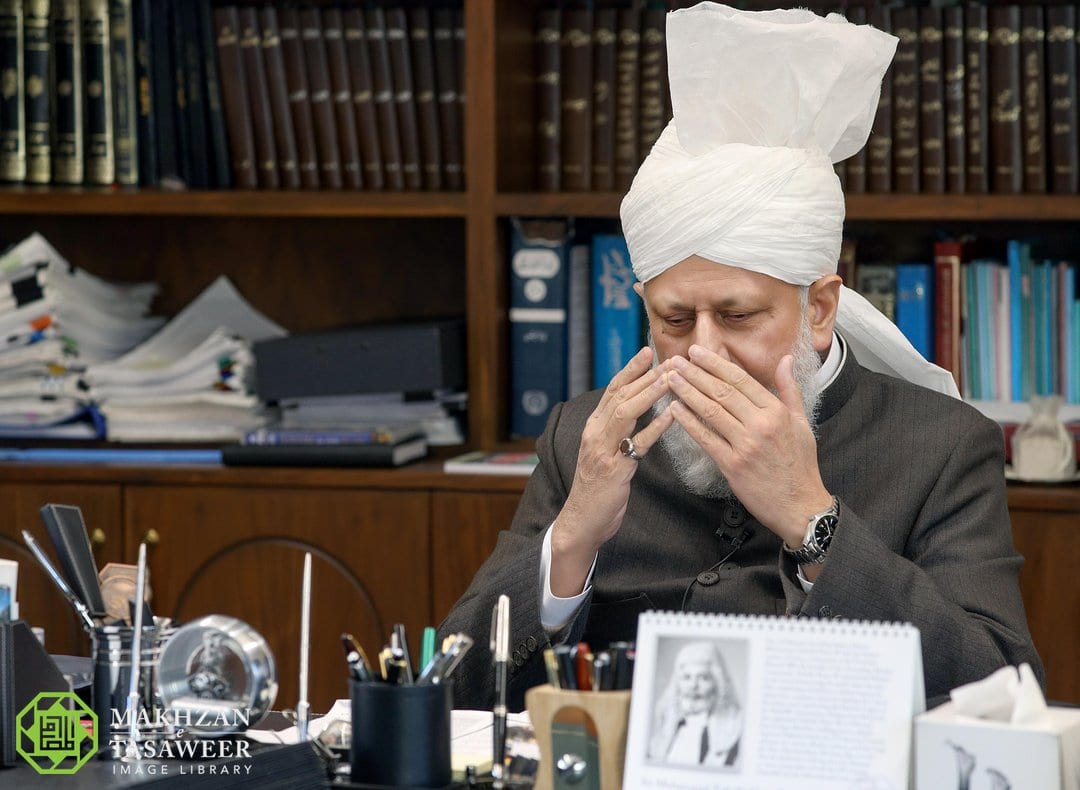 Regarding the Baitul Futuh Mosque complex, it was informed that the exterior of the building was now mostly complete. However, significant internal work remains before the project concludes. The rebuilt structure has had solar panels installed to provide renewable energy. Once complete, the building will include various halls, offices and accommodation facilities.

Another report was about International Taleem-ul-Quran Academy that has been established under the management of the Ahmadiyya Muslim Community in the United Kingdom. Currently, over 450 students have enrolled from 15 different countries and they receive several hours of tuition each week.