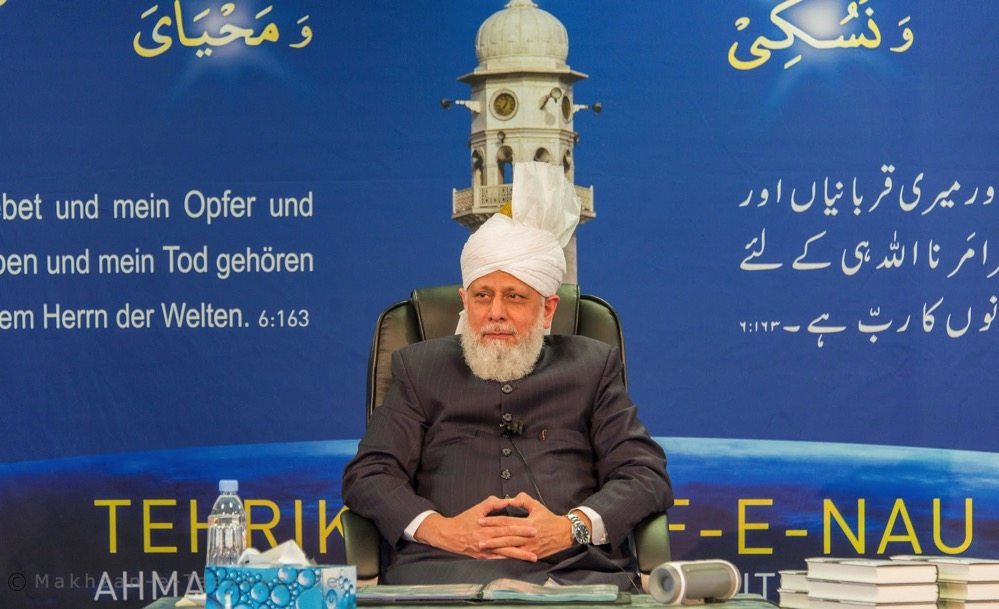 With the Grace of Allah, the visit of the World Head of the Ahmadiyya Muslim Community, the Fifth Khalifa, His Holiness, Hazrat Mirza Masroor Ahmad to Germany has now entered its second week.

During the course of the first week, His Holiness opened new Mosques in Aachen and Hanau. He also inaugurated the Baitul Aafiyyat building that shall serve as the headquarters of Majlis Ansarullah Germany and Lajna Imaillah Germany.

Hazrat Mirza Masroor Ahmad has personally met thousands of Ahmadi Muslims and presided over the Aameen ceremonies of hundreds of children. 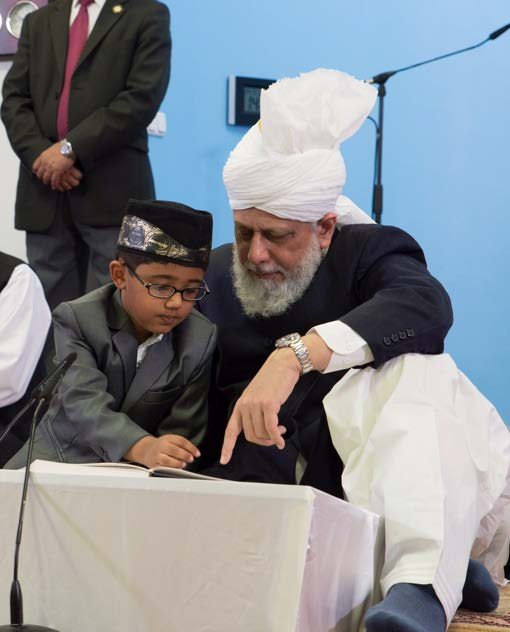 His Holiness also held a special meeting with a range of German professors and academics during which he explained in detail the true teachings of Islam and answered various questions. 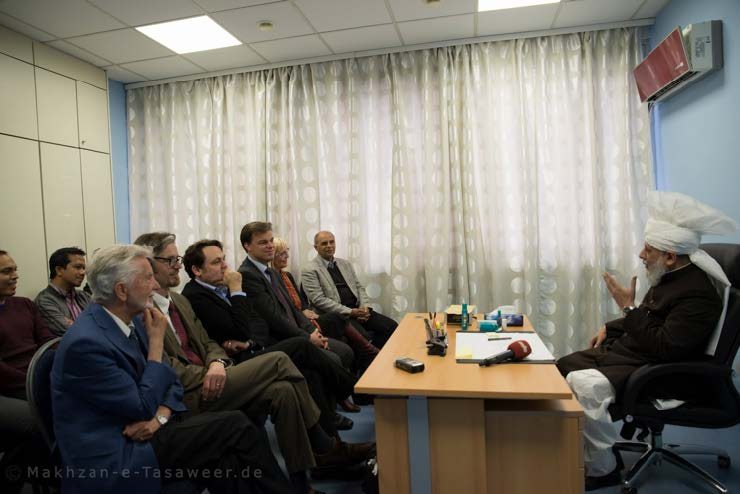 During the university classes, Ahmadi Muslim students presented their academic research, followed by question and answer sessions. Thereafter, the students had the opportunity to ask His Holiness questions.

In the Waqf-e-Nau classes, the Ahmadi Muslim children were also able to ask His Holiness questions on a range of topics. 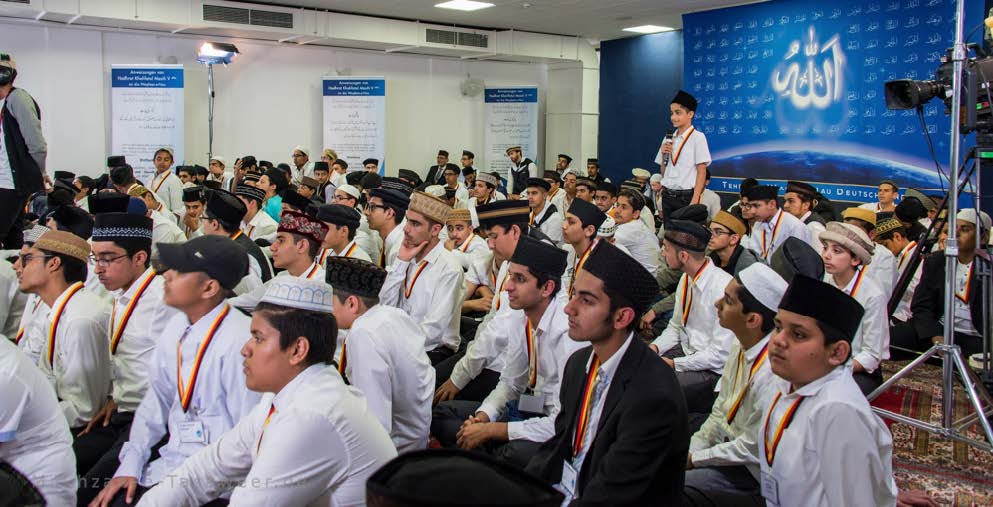 In response to one question asking how members of the Waqf-e-Nau scheme should conduct themselves, Hazrat Mirza Masroor Ahmad said:

“Members of the Waqf-e-Nau scheme should pay great attention to the pledge made by their parents before they were born. Your parents have pledged you to the service of God Almighty and so you should seek to understand what God Almighty desires from you. You should be regular in Salat and acquire knowledge and understanding of the Holy Quran.”

Hazrat Mirza Masroor Ahmad has travelled to Germany to attend the 40th Jalsa Salana Germany (Annual Convention) taking place in Karlsruhe. The 3-day event is due to take place from 5-7 June.

It is expected that around 30,000 people from dozens of countries will attend the Jalsa Salana. 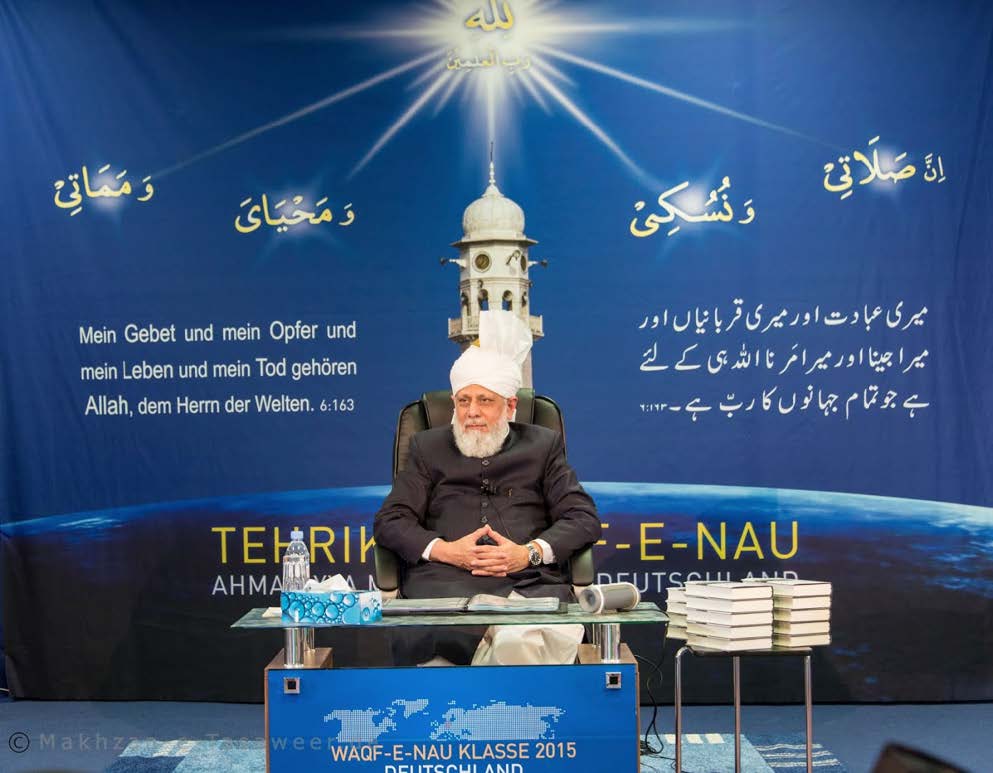