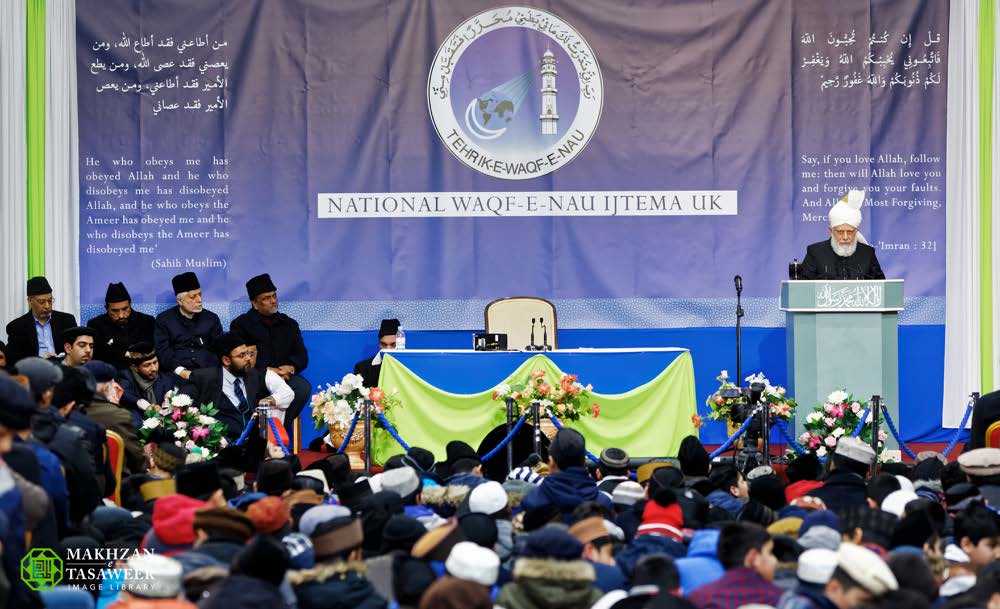 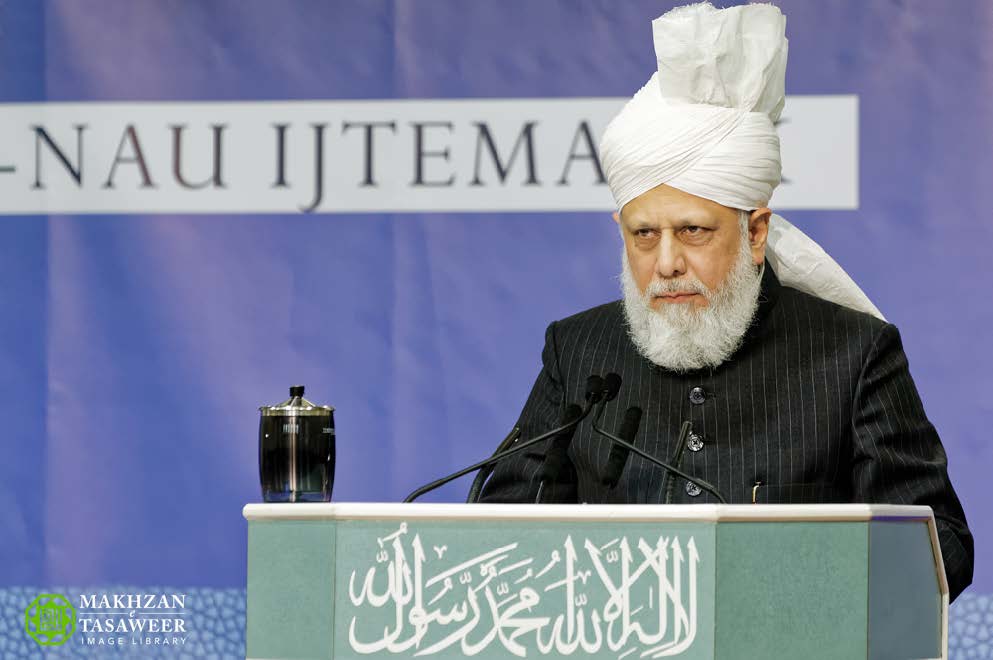 The event took place at the Baitul Futuh Mosque in London and was attended by over 1500 people, including over 1,260 male members of the Waqf-e-Nau scheme.

During his address, Hazrat Mirza Masroor Ahmad spoke extensively about the moral responsibilities placed on Waqf-e-Nau children. He also advised them regarding their future career choices.

His Holiness emphasised the importance of large numbers of life-devotees applying to the Ahmadiyya Muslim Community’s theological institute of Jamia Ahmadiyya and he also mentioned certain other potential career paths including medicine, engineering and journalism.

“As Waqifeen-e-Nau, you should keep in mind what the requirements and needs of the Ahmadiyya Muslim Community are and based on those requirements you should educate yourselves and work as hard as you can.”

In terms of medicine, Hazrat Mirza Masroor Ahmad said that doctors and health professionals had the honour to not only serve their faith, but also to serve humanity.

The Khalifa also stressed how merely attaining high standards of secular education was not enough for Waqf-e-Nau children.

“I also wish to make it clear that it is not merely enough for you to gain educational qualifications. Rather, as members of Waqf-e-Nau, there are other extremely important expectations that we hold. In short, the personal character of a Waqf-e-Nau should be completely in accordance with the true teachings of Islam. You should always bear the highest spiritual and moral standards.”

His Holiness emphasised the need for Waqf-e-Nau children to be regular in their prayers and to form a relationship with Allah the Almighty. His Holiness said Waqf-e-Nau boys should

‘display the best standards so people can clearly distinguish between you and others’.

Hazrat Mirza Masroor Ahmad also advised those present to be ever kind and to never mock others. He said Waqf-e-Nau boys should not waste time playing video games but should instead develop the habit of reading books. Further, they should avoid all things that promoted indecent behaviour, including inappropriate films.

His Holiness also emphasised the need for the highest standards of truthfulness and integrity.

“Another very major sin Allah has warned us of is falsehood. No matter the circumstances, all Ahmadi Muslims should avoid lying and certainly Waqifeen-Nau should set the very best examples of honesty, truth and integrity. This is of fundamental importance because you are the people who have pledged to spiritually reform your societies. Thus, to be completely truthful at all times is an extremely important part of being a Waqf-e-Nau.” 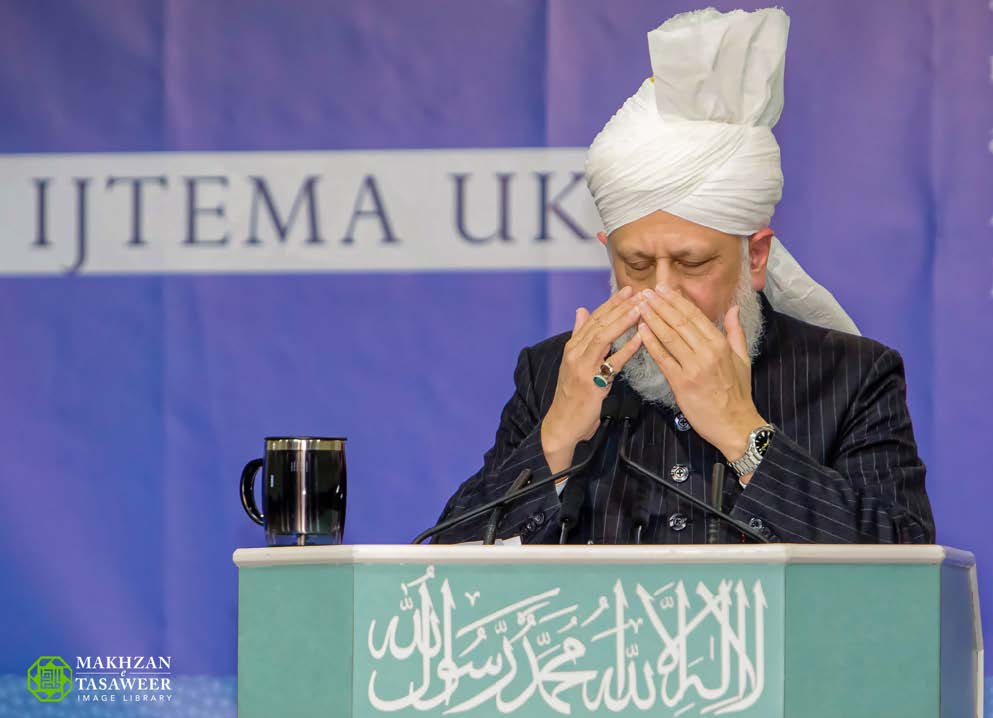