In a faith inspiring and emotional address, His Holiness reminded Ahmadi Muslims of their duty to uphold the highest standards of morality at all times.  He urged Ahmadi Muslims across the world to make every effort to act upon the moral and spiritual teachings that the Promised Messiah (peace be upon him) sought to see in his followers. 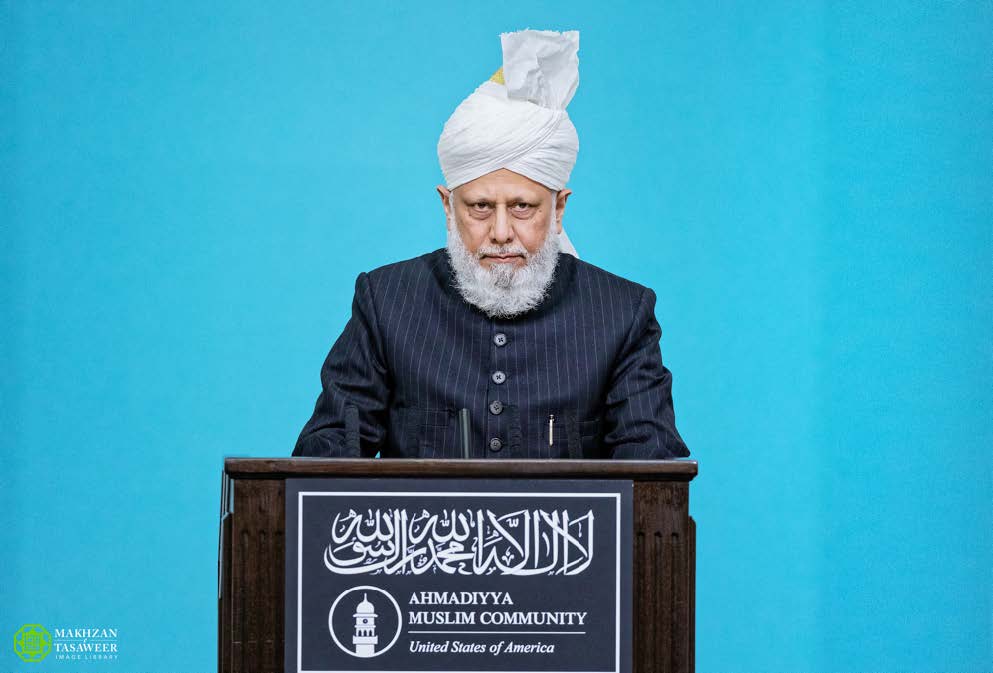 His Holiness spoke of numerous Islamic principles in light of the teachings of the Promised Messiah (peace be upon him) that Ahmadi Muslims should adopt, such as humility, obedience and avoiding all forms of associating partners with Allah the Almighty. 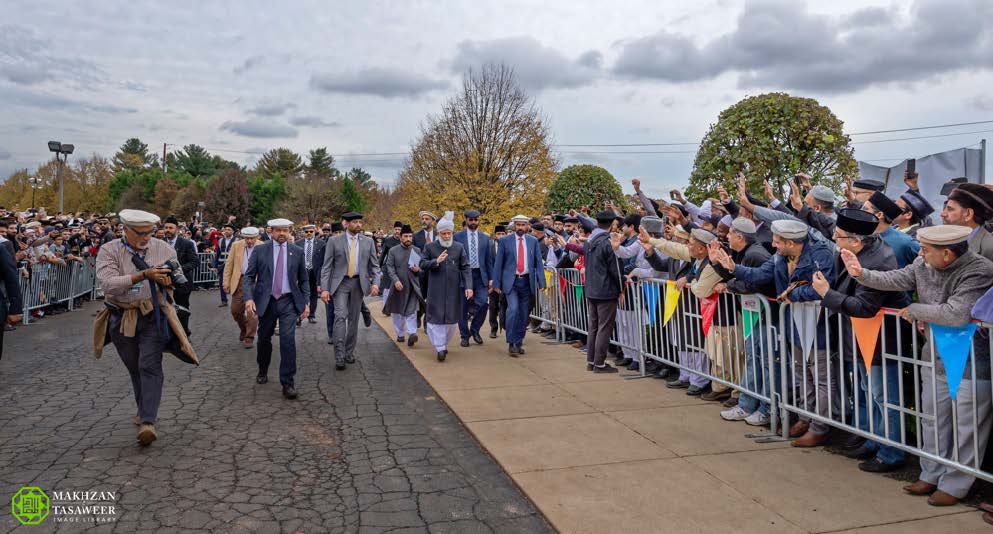 His Holiness also said that Ahmadi Muslims should contemplate their own spiritual and moral state and conduct constant self-analysis to ascertain if there was harmony between their verbal claims and physical actions. He condemned hypocrisy as a sin that invariably led one away from God Almighty.

Further, His Holiness said that there were many different means of ‘Shirk’ – associating partners with God. He said that to give precedence to material pursuits over faith was a major form of Shirk.

Referring to the life of the companions of the Holy Prophet Muhammad (peace and blessings be upon him), His Holiness said the companions were always extremely fearful of committing even the slightest forms of idolatry.

His Holiness narrated an example of a companion of the Holy Prophet Muhammad (peace and blessings be upon him) who was seen crying.

When someone asked him about why he wept, he responded and said:

“I just remembered the saying of the Holy Prophet Muhammad (peace and blessings be upon him) when he said ‘I worry for my Ummah (followers) lest they indulge in idolatry and seek to fulfil their vein desires’.”

“This was the intense fear the companions of the Holy Prophet (peace be upon) had, lest they did something displeasing to God Almighty. In fact, they feared not only for themselves but for others too.”

His Holiness said that falsehood was another evil that must be avoided at all costs and that Islam required strict adherence to truth at all times. 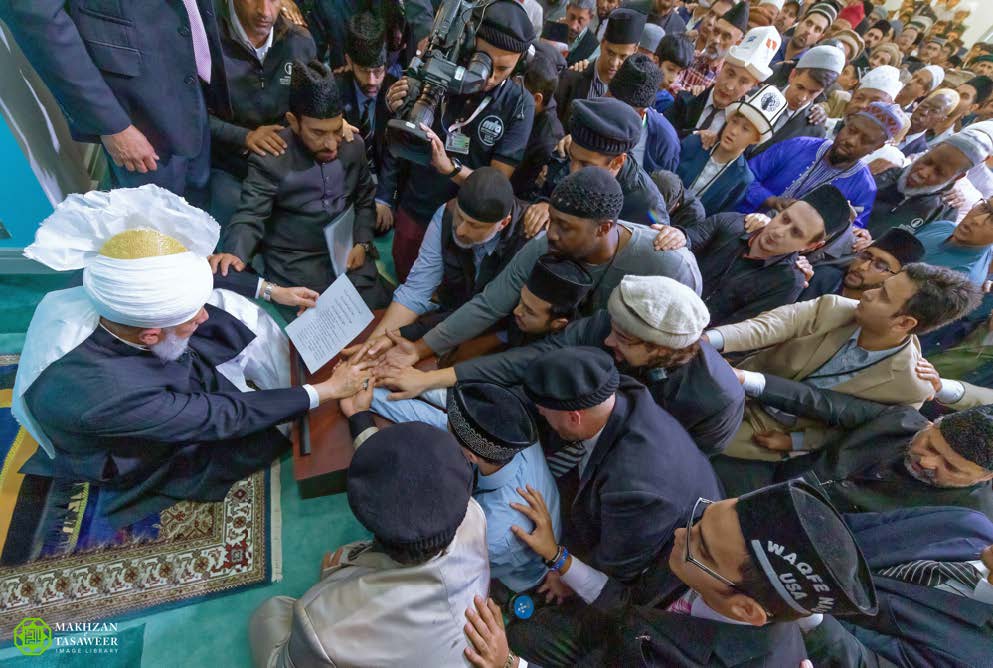 Hazrat Mirza Masroor Ahmad said that when a person pursues falsehood it was a consequence of forgoing trust in God Almighty.

“Some people lie when they think it is an insignificant or small matter but this not behove a true believer. Deviating from the truth on seemingly trivial matters is often not considered to be a form of lying but this is wrong. Certainly any type of falsehood is immoral and takes a person away from the belief in the Oneness of God.”

His Holiness said that Islam requires Muslims to avoid all forms of indecency and fornication.

“Modern television, movies and the internet often contain fornication and promote adultery and so it is incumbent upon Ahmadi Muslim to avoid such indecent things. Many families are destroyed as a result of viewing pornography. The so-called ‘progressive world’ considers such things to be ‘freedom and progress’. However, studies are now proving the harmful effects of pornography and how it often leads to domestic violence and child abuse.”

His Holiness also cautioned against arrogance, a sense of superiority and condemned all forms of racism.

His Holiness referred to the historic speech of the Holy Prophet Muhammad (peace and blessings be upon him) that he delivered at his last Hajj in which he clearly stated:

Whilst these were Islam’s teachings, His Holiness noted that racism and a superiority complex had penetrated society. He said there were leaders who seemed to consider that white people had greater intellectual capacities than other races. His Holiness strongly condemned all forms of racism and said that this is a

‘result of their arrogance’. 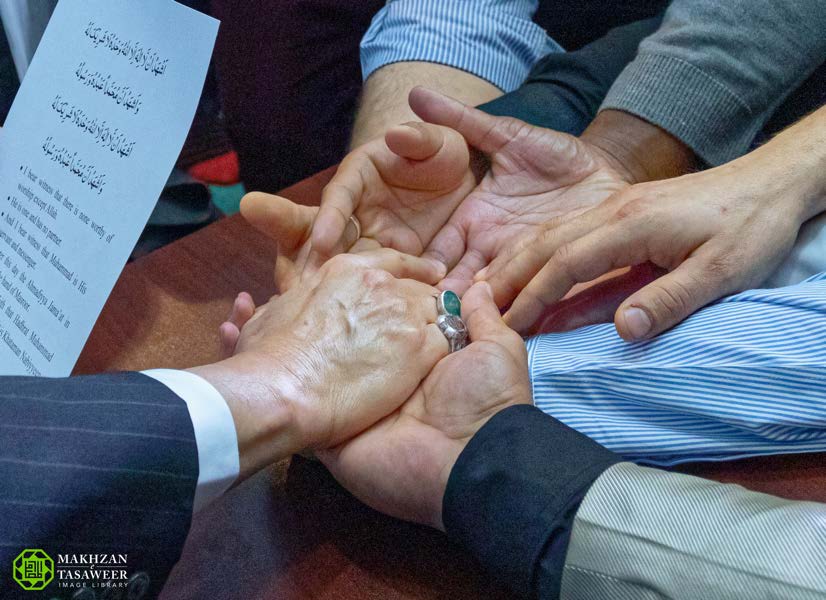 “May Allah enable us all to act upon the true peaceful teachings of Islam and may we fulfil our obligations after having accepted the Promised Messiah (peace be upon him). May we always remain truly obedient to the instructions of the Khalifa of the time.”

Following the Friday Sermon and prayers, His Holiness led a Bai’at ceremony in which around 8,000 people present on site took part.