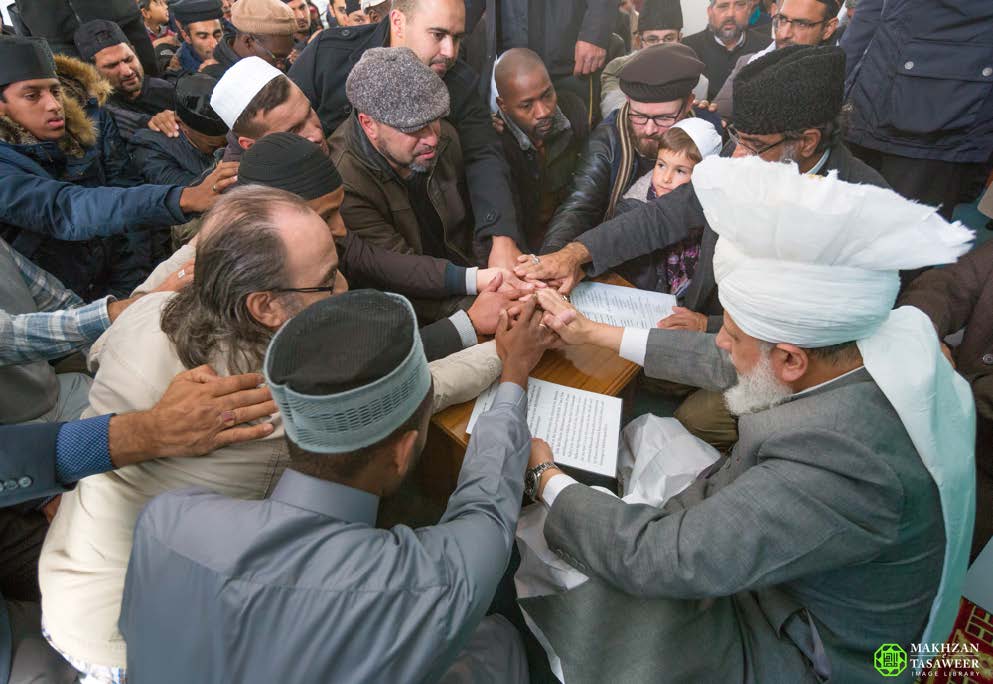 On 11 October 2015, the World Head of the Ahmadiyya Muslim Community, the Fifth Khalifa (Caliph), His Holiness, Hazrat Mirza Masroor Ahmad held an 80minute meeting with a delegation of 22 Ahmadi Muslim converts, who had travelled from France to meet their spiritual leader at the Baitun Noor Mosque in Nunspeet, Holland. 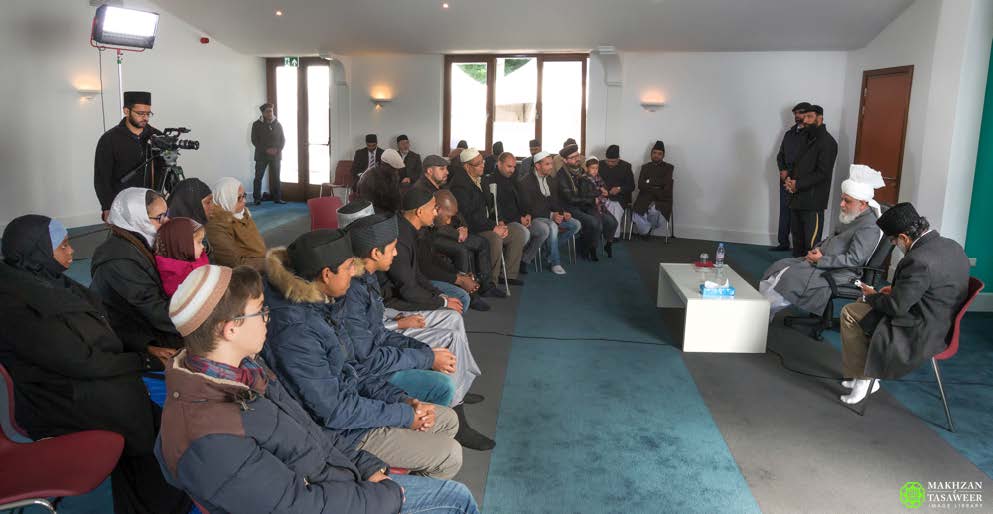 The French delegation included local French converts and also those who originated from other countries such as Algeria, Mali, Mauritius and Morocco.

Each member of the delegation had the opportunity to meet Hazrat Mirza Masroor Ahmad and to ask him questions about their faith or various other matters.

Regarding the spread of Ahmadiyyat in France, Hazrat Mirza Masroor Ahmad said:

“Today, much of the world views Islam in a negative light and so it is the task of the local Ahmadi Muslims to enlighten the French people about the true and peaceful teachings of Islam. Always remember that no effort can be blessed unless it is accompanied by prayer.”

“During my current visit to Holland I have held a number of interviews and the journalists have asked me if I ever become frustrated or disheartened upon seeing the state of Islam. I told them that if we became disheartened then we would not be able to fulfil our mission. Those who are successful never give up and so all Ahmadi Muslims must be determined to spread the message of Ahmadiyyat far and wide.”

One convert asked about the difficulties some Ahmadi Muslims converts faced, whereby their families and friends rejected them. His Holiness prayed that Allah removed all their difficulties but added that such trials should never weaken a person’s faith.

“Did not the Holy Prophet Muhammad (peace be upon him) and his followers give sacrifice after sacrifice for the sake of their faith? Did they not bear all forms of religious persecution? Thus, for the sake of his faith an Ahmadi Muslim must be ready to give all due sacrifices”

“Even if your family or relatives oppose and persecute you because you are an Ahmadi Muslim, you should still treat them with love and compassion. You should still fulfil their needs and care for them because this is what Islam teaches us.”

Following the conclusion of the meeting, a Bai’at ceremony (oath of allegiance), at the hand of Hazrat Mirza Masroor Ahmad took place at the Mosque.