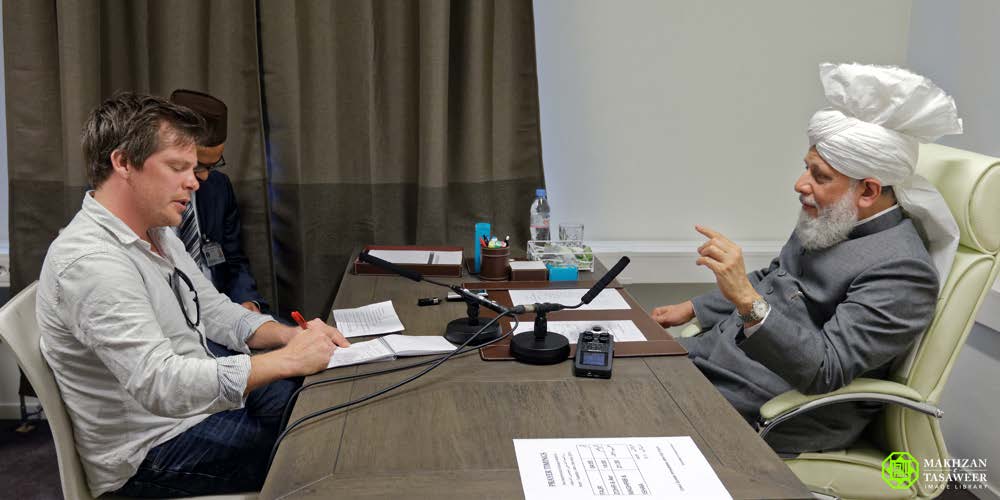 On 11 May 2016, the World Head of the Ahmadiyya Muslim Community, the Fifth Khalifa (Caliph), His Holiness, Hazrat Mirza Masroor Ahmad was interviewed by the Sydsvenskan newspaper at the Mahmood Mosque in Malmo, Sweden.

“When I last came here (in 2005) this was just a large empty field and now we have built a beautiful Mosque at this location. Whenever we are able to build a new Mosque, I become emotional that there is another place for us to join together and to bow down before Allah the Almighty.”

Asked about his concerns about the world’s peace and security, Hazrat Mirza Masroor Ahmad said:

“If we want peace we should value and prioritise giving rights to other people, rather than demanding our own rights. This is the key to peace and to ending the conflicts in the world.”

Upon being asked if he had met Pope Francis, Hazrat Mirza Masroor Ahmad said:

“I have not yet met him but I have liked and appreciated a number of things he has said since he was elected.”