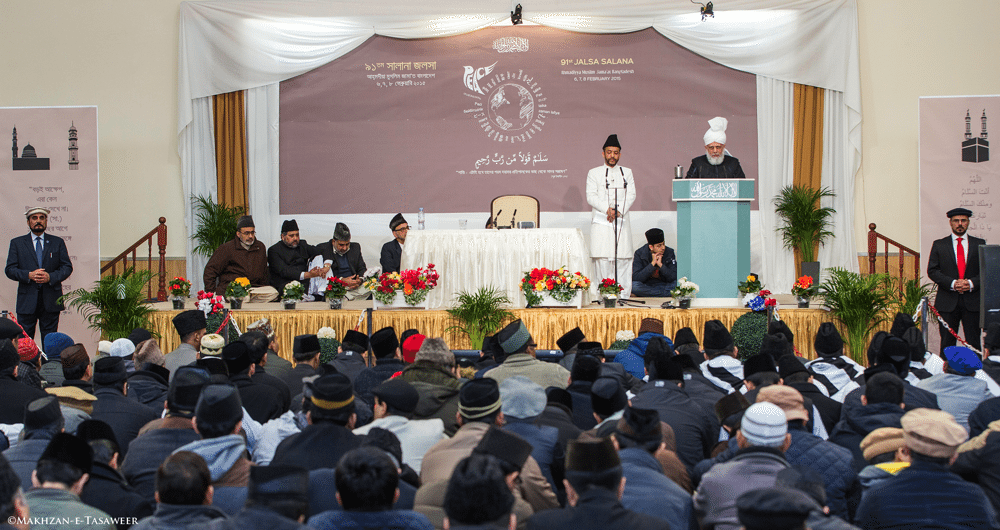 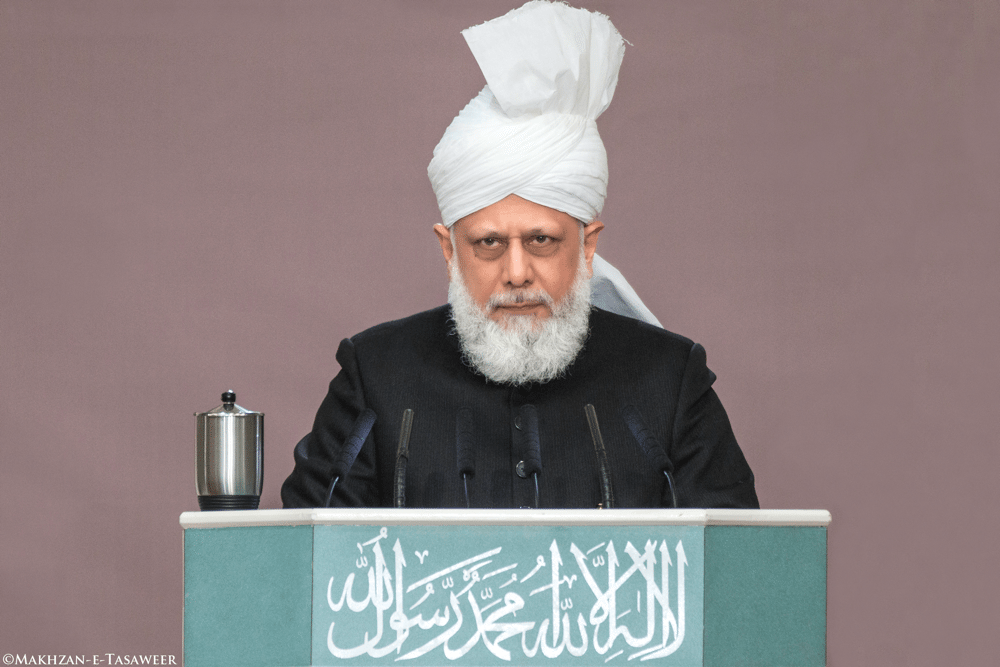 During his address, Hazrat Mirza Masroor Ahmad spoke of the merciful and benevolent character of the Holy Prophet Muhammad (peace and blessings be upon him) and said that the Ahmadiyya Muslim Community was constantly engaged in spreading Islam’s true and peaceful teachings.

His Holiness also noted the current political unrest and violence in Bangladesh and said that Ahmadi Muslims should pray for peace in the country.

Speaking about the need for Islam’s true teachings to be spread, Hazrat Mirza Masroor Ahmad said:

“It is the responsibility of all Ahmadi Muslims to spread the peaceful teachings of Islam at every level of society and in all parts of the world. It is our duty to enlighten others of the beautiful and noble character of the Holy Prophet of Islam (peace and blessings be upon him).”

“The world should be informed that our beloved master, the Holy Prophet Muhammad (peace and blessings be upon him) was sent as a ‘Mercy for all Mankind’. He did not come not to behead or to harm innocent people, rather he was sent to revive the spiritually dead and to give life to them. He came to inform mankind of that Gracious and Merciful God whose compassion encompasses all things.”

Hazrat Mirza Masroor Ahmad said that any form of violence or compulsion was to be categorically condemned and that Ahmadi Muslims should utilise modern means of communication to spread Islam’s true teachings to the people of the world.

“The early Muslims were only ever permitted to raise their swords in a defensive war when the opponents themselves physically raised their swords in an effort to eliminate Islam. However, in this era religious wars are not being physically fought against Islam but rather the media is being used to attack Islam and to misrepresent it. Thus, we must ourselves use the media to counter these attacks and inform the world of the true teachings of Islam.”

“The Ahmadiyya Muslim Community is not a political or worldly organisation and nor do we have any political or worldly objectives. Rather we are the spiritual community of that Promised Messiah (peace be upon him) who pledged to give precedence to faith over all worldly matters. Our objective is to spread love and mutual respect throughout the world in accordance with the teachings of our religion.” 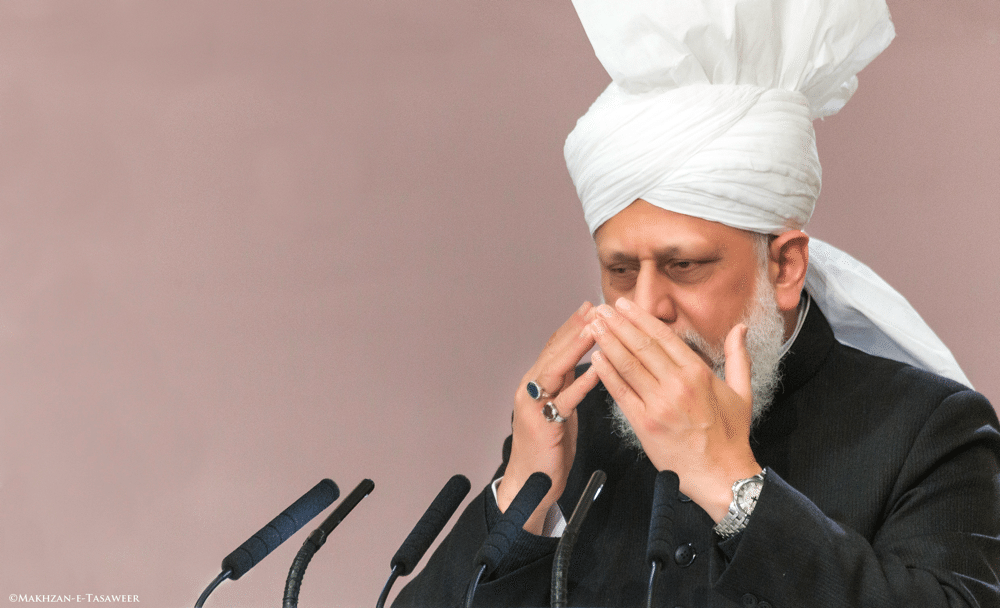 “In recent weeks there have been various incidents of violence and disorder in Bangladesh. There have been attacks on buses in which innocent people lost their lives and were martyred. We are seeing people killing their fellow citizens. What kind of Islam is this? The truth is that all of this is being done contrary to Islam’s teachings and due only to a desire to unjustly fulfil personal and selfish interests.”

The Annual Convention concluded with a silent prayer led by Hazrat Mirza Masroor Ahmad in which he asked Ahmadi Muslims to pray for peace in Bangladesh and the wider world.