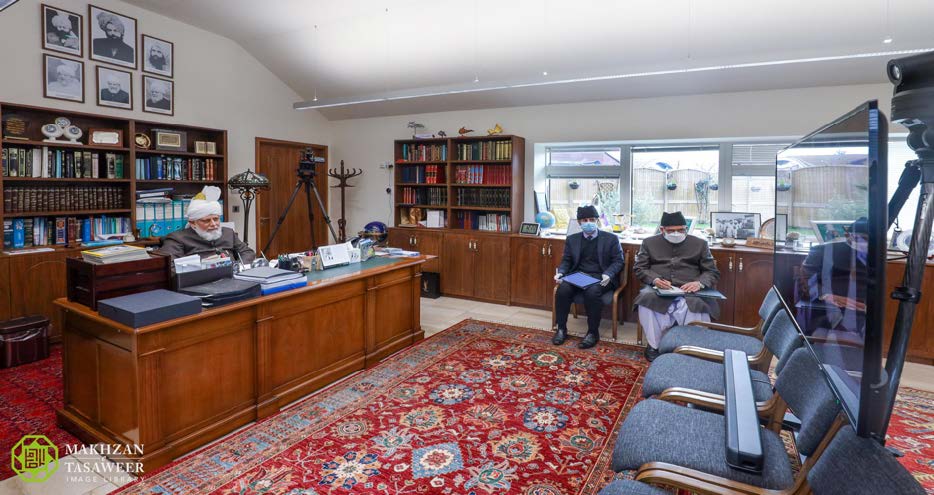 His Holiness presided the meeting from his office in Islamabad, Tilford, whilst the life devotees joined from the Darut Tabligh Mosque complex in Dhaka, which serves as the National Headquarters of the Ahmadiyya Muslim Community in Bangladesh.

During the 65-minute meeting, all present had the opportunity to speak to His Holiness and the National Amila members were able to present a report about their respective departments and to receive the guidance and instructions of His Holiness on a range of issues.

The National Talim Secretary (Education) informed His Holiness that two schools were being run by the Ahmadiyya Muslim Community in extremely remote parts of Bangladesh which were proving very beneficial in providing education to children living in those areas. 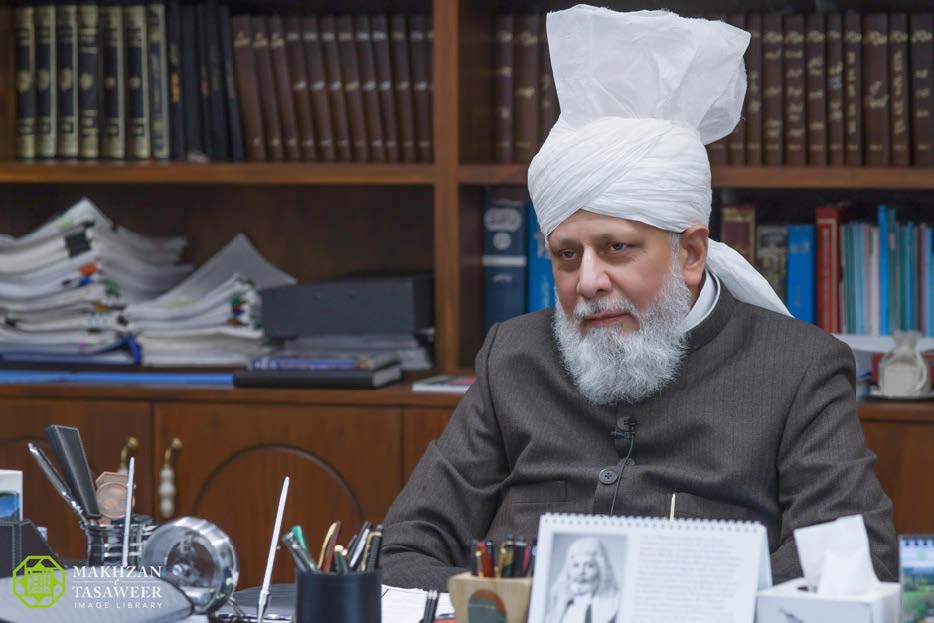 His Holiness appreciated the effort to provide education to people living in remote parts of the country, irrespective of faith or religious affiliation.

His Holiness further advised that the Ahmadiyya Muslim Community in Bangladesh should reach out to people living in remote areas and convey to them the true teachings of Islam.

The National Secretary Umoor-e-Kharija (External Affairs) mentioned the efforts that were being made to engage with politicians and civil society.

His Holiness mentioned that politicians and influential figures across the country should be contacted and informed of the beliefs and teachings of the Ahmadiyya Muslim Community. 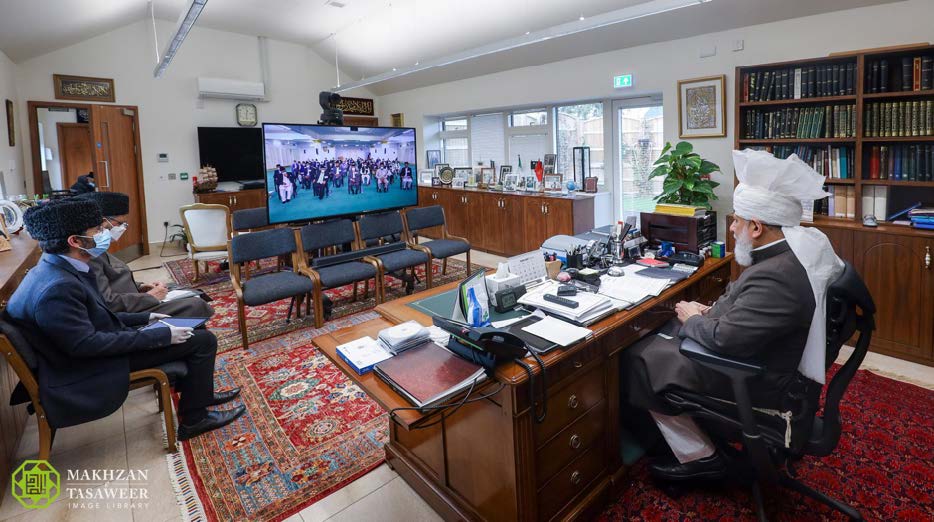 Throughout the meeting, on several occasions His Holiness emphasised the need to help Ahmadi Muslims gain skills and employment.

Whilst addressing the National Umoor-e-Amma Secretary (Internal Affairs), His Holiness emphasised that a key objective of the Umoor-e-Amma department is to help Ahmadi Muslims who are struggling to attain employment.

“Try to help those Ahmadi Muslims who are living in remote and rural areas so that they get a job and improved opportunities. That will be a good contribution from your side towards Ahmadi Muslims.”

The Secretary responsible for promoting the study of the Holy Quran was instructed by His Holiness to increase the number of people dedicating their time and services for a two-week period (Waqf-e-Arzi) to teach the Holy Quran across the country.

His Holiness set them a target of one thousand volunteers to take part this year in this scheme and said that the members of the Amila should particularly lead by example and dedicate their time for this.

His Holiness gave guidance on a wide array of other issues, including the need to ensure that the moral and spiritual training of Ahmadi Muslims is catered for in the best way and that efforts to propagate Islam’s teachings increase.

His Holiness also instructed that currently unused land owned by the Ahmadiyya Muslim Community in Bangladesh should be utilised for agriculture and planting trees.