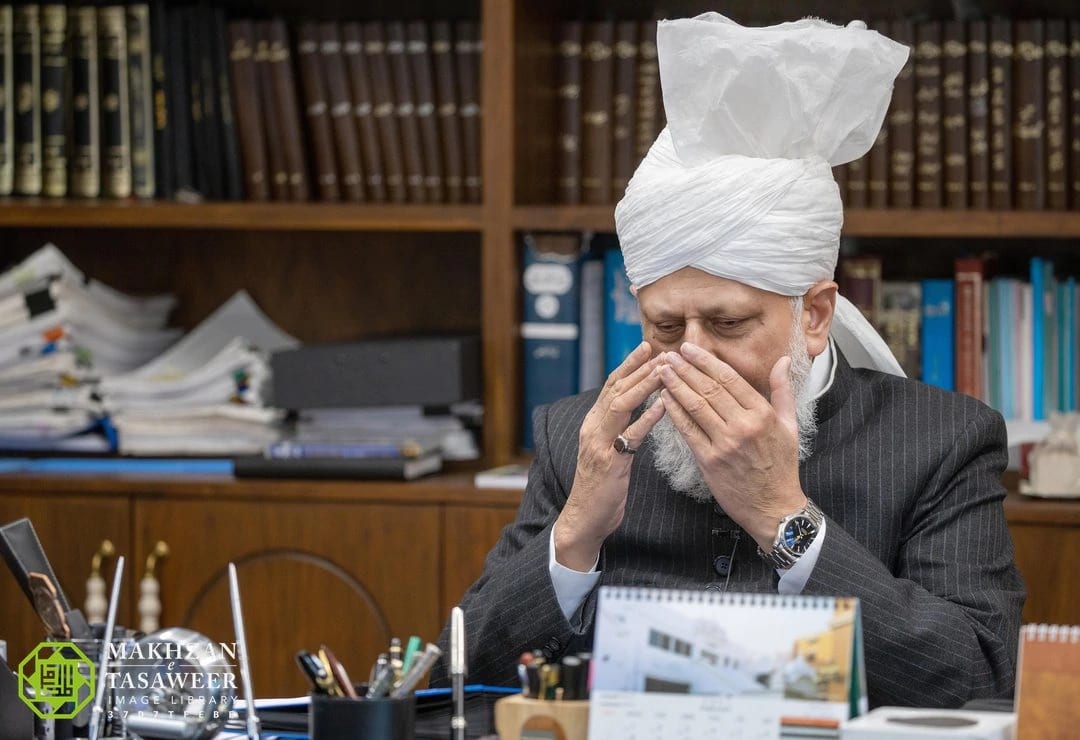 His Holiness presided the meeting from his office in Islamabad, Tilford, whilst the Amila members joined the meeting virtually from the Lajna Hall in Ojokoro in Lagos, Nigeria.

During the meeting, His Holiness outlined the various responsibilities assigned to the respective Lajna Amila members and gave guidance on improving the activities of their departments.

Speaking to the Secretary Nasirat, responsible for the moral and spiritual training of girls up to the age of fifteen, His Holiness said that their department should keep a good record of how many girls are engaging and taking part in the initiatives that were being run by the national department.

His Holiness also encouraged exercise and instructed the Secretary Sehat-e-Jismani, responsible for Health and Fitness, to ensure that the Amila members should lead by example and exercise regularly.

During the meeting, the Secretary Sanat-o-Tijarat, responsible for Trade and Industry, showed some of the products that the Lajna Imaillah members from across the country had made, such as bags and other items. The secretary highlighted that the Lajna Imaillah members are being assisted in making a living and are being supported in starting their own businesses. They had also assisted local society during the Covid-19 pandemic.

“Encourage every girl to get higher education.”

As the meeting concluded, His Holiness outlined his expectations of Lajna Imaillah.

“You have a huge task in front of you and I hope Lajna can achieve it and if you do, it will also encourage the men to be more active. You have to push them! My expectations with Lajna are more than the men. So I hope you fulfil my expectations. May Allah the Almighty bless you in every respect. Allah bless you all.”