“Today, a claim which originated from a small village, now echoes through the corners of the world” – Hazrat Mirza Masroor Ahmad

The three-day event was attended by members of the Ahmadiyya Muslim Community, as well as many non-Ahmadi and non-Muslim guests. Hazrat Mirza Masroor Ahmad delivered four addresses across the convention, all of which were broadcast live on MTA International and streamed online. 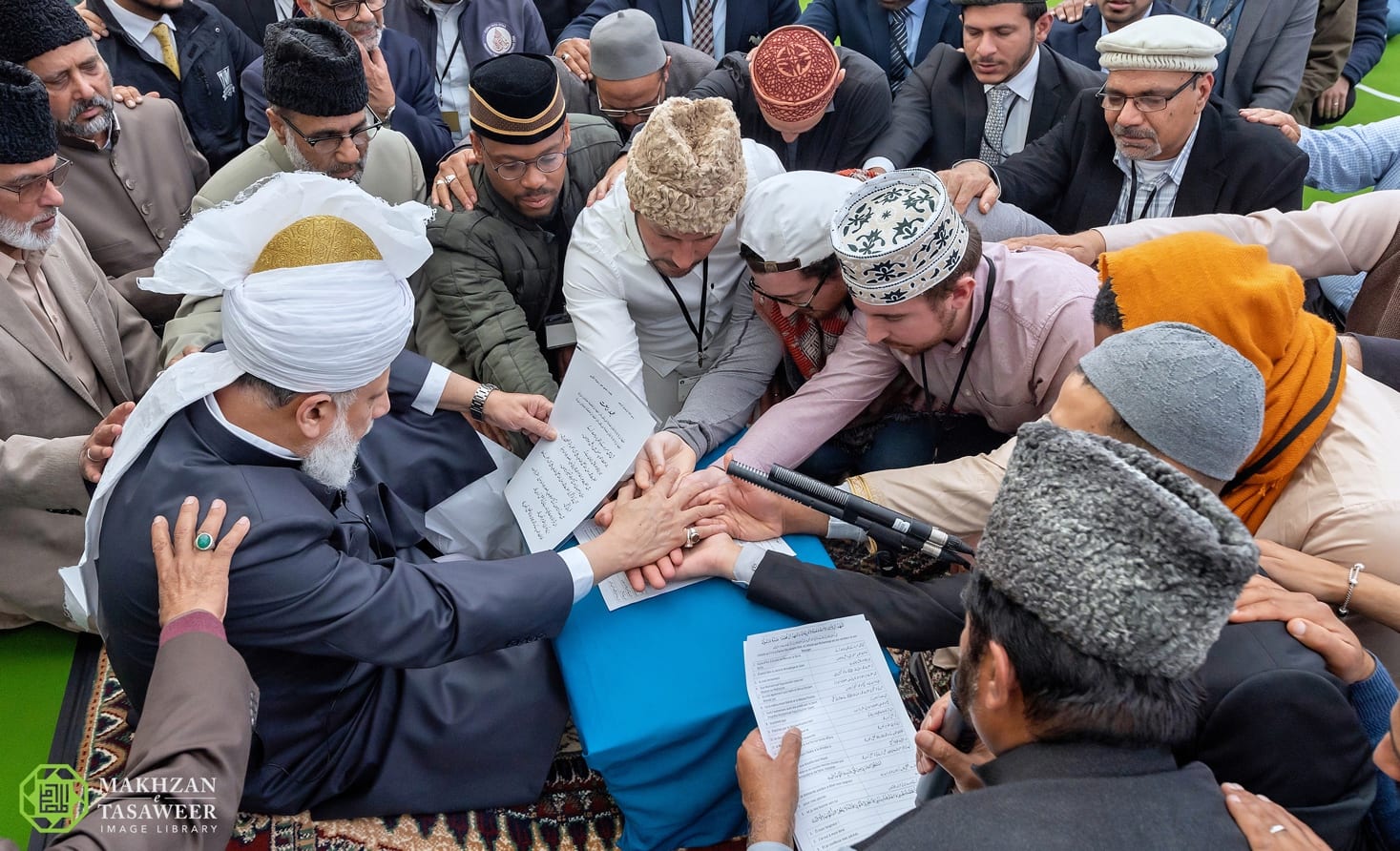 The Jalsa Salana took place in the Baitul Atta Mosque, Trie-Chateau and was attended by more than 2,700 participants from 21 countries, this being an attendance record for the Jalsa Salana in France.

A highlight of the Jalsa Salana was the pledge of allegiance that took place on Sunday afternoon, where participants pledged allegiance to Hazrat Mirza Masroor Ahmad, the Fifth Khalifa(Caliph) of the Promised Messiah (peace be upon him).

During the concluding address, His Holiness explained that the victory and supremacy of God’s prophets, is something promised by Allah the Almighty Himself and something that can never be hindered by the actions of man.

Throughout the speech, His Holiness narrated numerous examples of the prophets and explained how they all faced hardship for the sake of religion.

Explaining chapter 58, verse 22 of the Holy Quran which states,

‘Most surely I will prevail, Me and My Messengers’,

“Whenever Allah the Almighty sends His prophets, they do not attain victory straight away but face relentless enmity and persecution from their opponents. So much so, that one may think that this is the end. The histories of all the prophets show us that their enemies try their utmost to destroy the prophets but ultimately the decree of God ensures that the prophets of God are victorious.”

His Holiness further stated that the Founder of the Ahmadiyya Muslim Community, Hazrat Mirza Ghulam Ahmad (peace be upon him) was also a beneficiary of the divine promise mentioned in this verse. 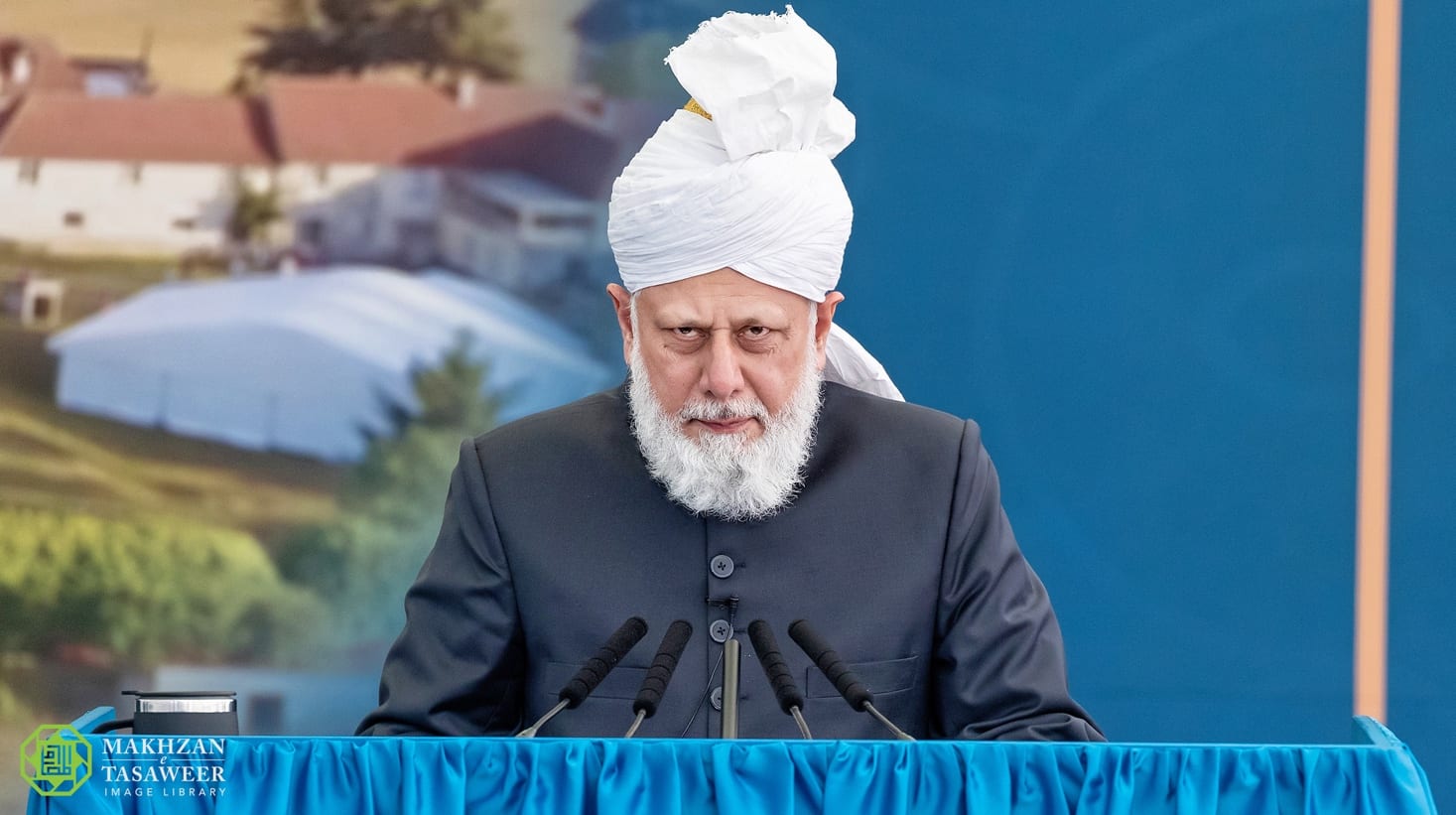 In this regard Hazrat Mirza Masroor Ahmad said:

Explaining the concept of faith and its completion through Khilafat(Caliphate) Hazrat Mirza Masroor Ahmad said:

“Thus, we see how after the Promised Messiah (peace be upon him), Allah the Almighty continues to support and provide for the progress and expansion of the Community through Khilafat. We see how God Himself puts this message in the hearts of people and how He then admonishes them to join this Community. Today, a claim which originated from a small village, now echoes through the corners of the world.”

His Holiness then narrated several incidents where individuals and groups of people witnessed and personally felt the truth of the Ahmadiyya Muslim Community and so came to join the community of the Promised Messiah (peace be upon him).

“In Tanzania, the Ahmadiyya Muslim Community broadcasts on various radio programmes and many callers expressed how they were previously ignorant to the peaceful teachings of Islam and had thought Islam to be a religion of extremism. However, after listening to our radio programmes they openly asserted that Islam did not only emphasise the importance of human rights but its teachings were the foundation for peace. Through these radio programmes, nineteen people were able to accept Ahmadiyyat.”

His Holiness also narrated an incident from Ivory Coast whereupon many Muslim youths had lost their faith and were on the brink of becoming atheists. However, after hearing the radio programmes of the Ahmadiyya Muslim Community their belief in God Almighty returned and their faith in Islam was re-established. 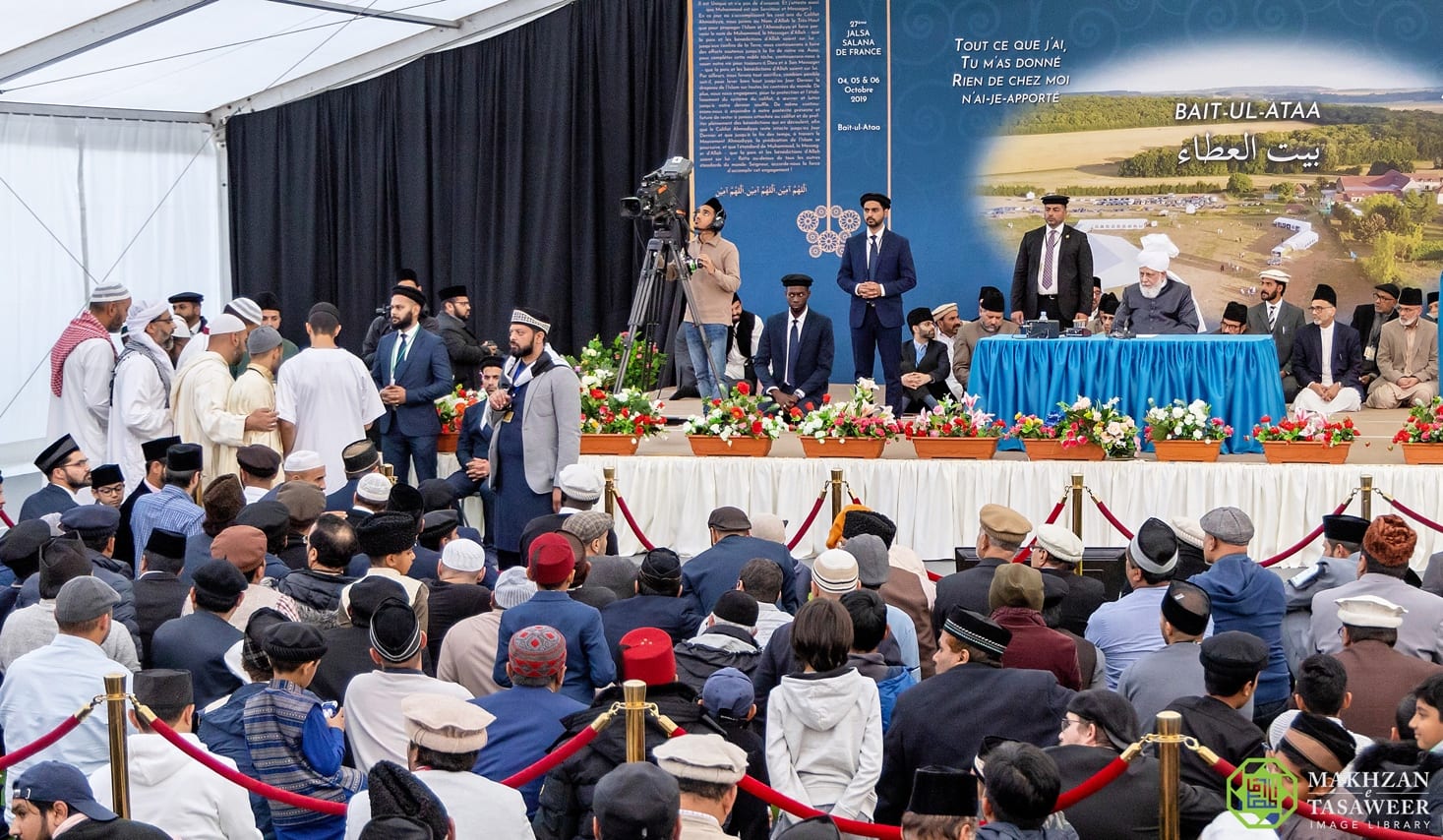 His Holiness explained that Allah the Almighty enables the message of the true Islam to be spread to people with pious hearts and in this regard spoke about a ship crew which was aided by Ahmadi Muslims.

“A ship from Bangladesh was about to capsize in the sea but was thankfully saved by nearby Naval Forces, who gave them refuge. When the local Ahmadi Muslims came to know of this, they collected donations and other necessities from the houses of Ahmadi Muslims and took it to the chief of their local police and whatever aid was collected was distributed to the victims… As a result, immediately twelve people accepted the Ahmadiyya Muslim Community and were put in touch with the Community in Bangladesh.”

His Holiness presented many more examples of how Ahmadiyyat is reaching the corners of the world and how the promise of God is coming to fulfilment.

“There is no doubt that the triumph of Islam is destined to occur through the Promised Messiah (peace be upon him). Allah the Almighty will surely manifest this triumph… However, if we, who have been Ahmadi Muslims for a long time, wish to partake of these blessings, then we must play our part in the propagation of this message. Similarly, those who are new to the Community should also try to reap the blessings of Allah the Almighty by spreading this message to others, which itself was the source of their guidance. May Allah the Almighty grant this ability to everyone.” 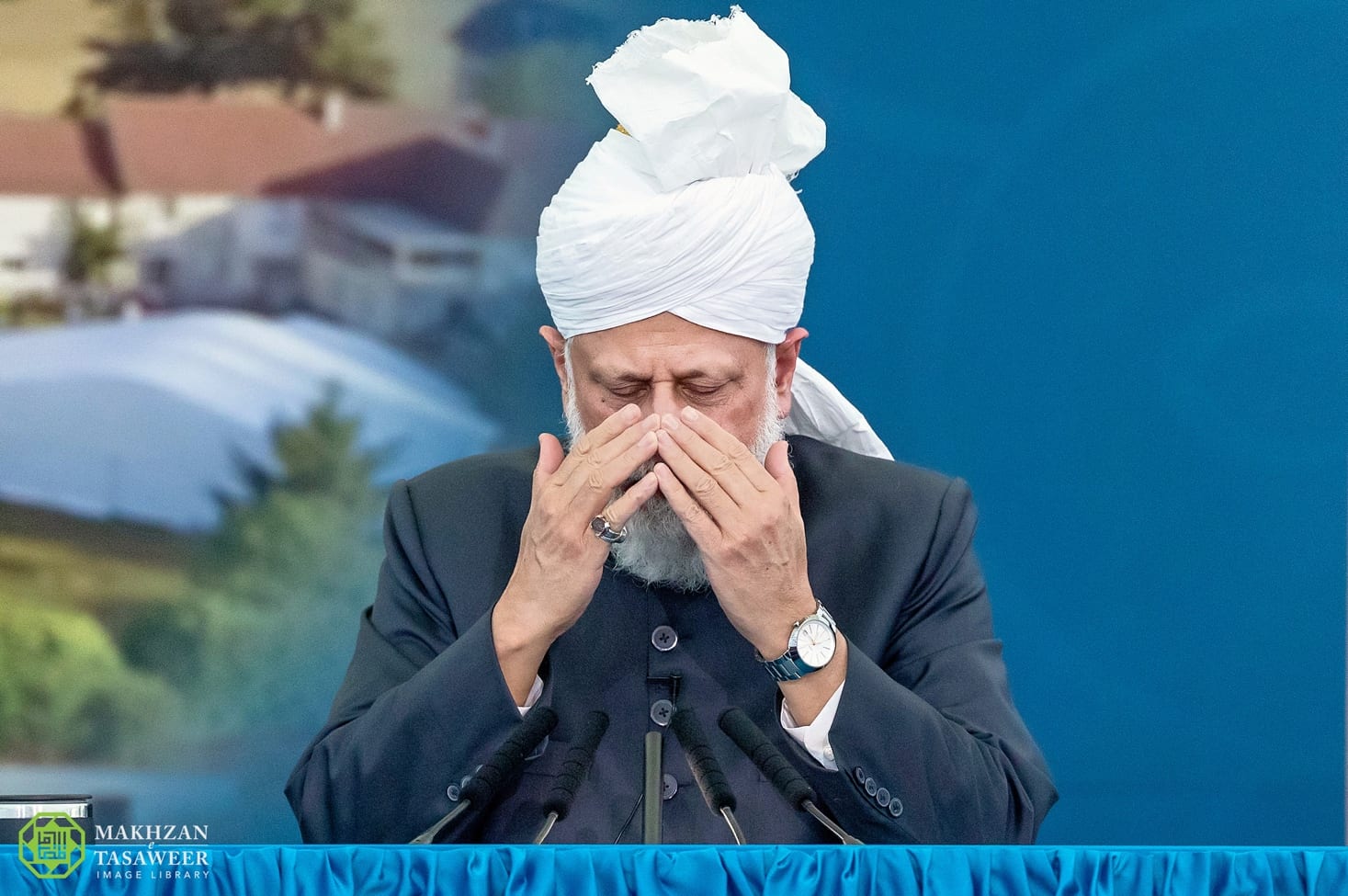 The Jalsa Salana concluded with a silent prayer led by His Holiness.