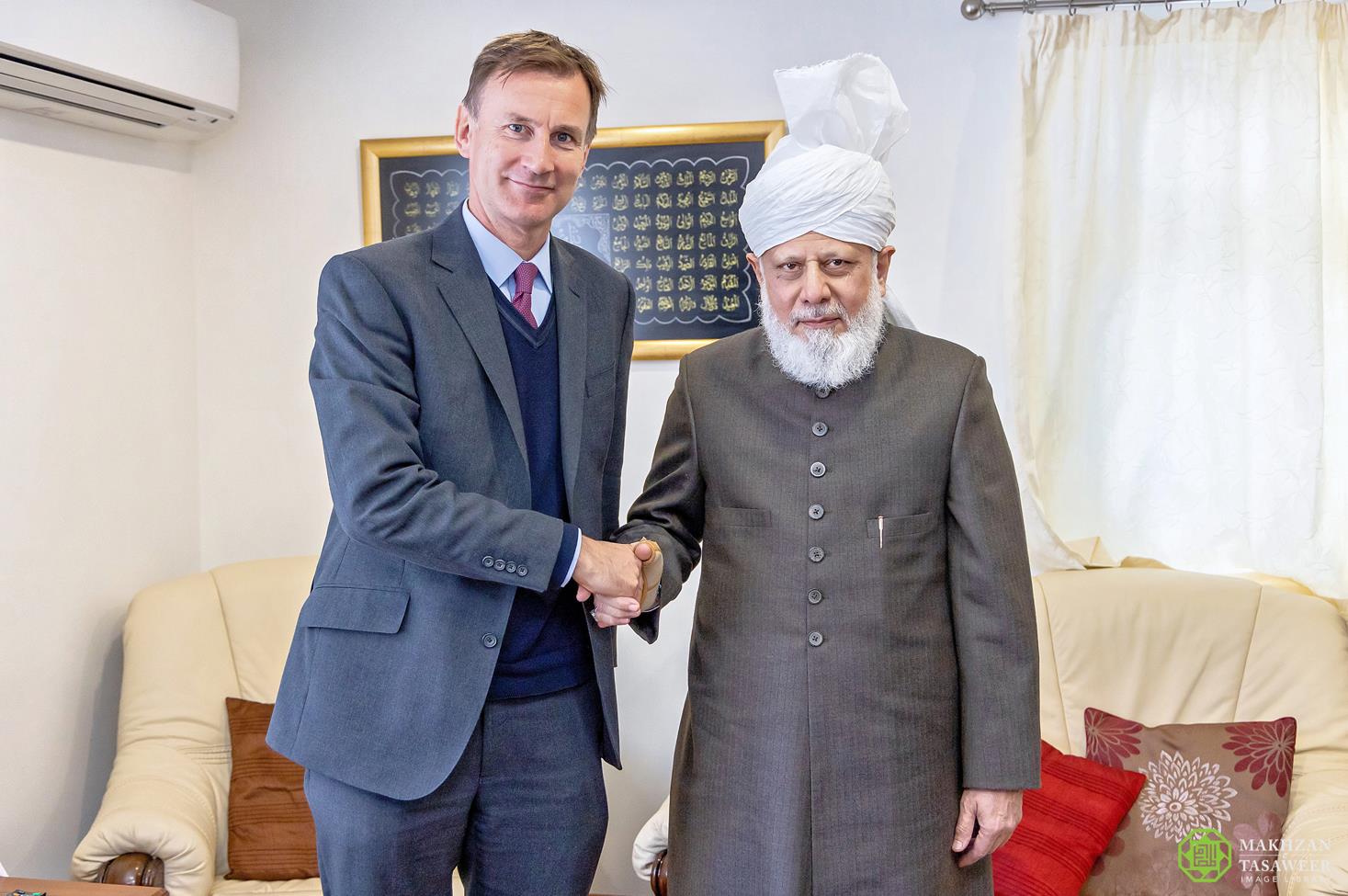 Persecution of Ahmadi Muslims, Brexit and General Election all discussed during meeting at Islamabad, Tilford

During the 45-minute meeting, various issues were discussed, including the persecution faced by the Ahmadiyya Muslim Community in Pakistan, as well as the forthcoming General Election in the United Kingdom, where Mr Hunt is standing for re-election in the South West Surrey constituency where Islamabad is located.

Mr Hunt expressed his admiration for the continued efforts of the Ahmadiyya Muslim Community, under the leadership of His Holiness, to promote peace in the world.

Also discussed was the fact that the Ahmadiyya Muslim Community is opening Mosques across the world, including the newly constructed Mubarak Mosque in Islamabad and other Mosques inaugurated by His Holiness during his recent European tour.

Speaking about how such Mosques are funded, Hazrat Mirza Masroor Ahmad said:

“The Mosques of the Ahmadiyya Muslim Community are not built through Government subsidies or through oil money. Rather, every penny is raised through voluntary contributions made by Ahmadi Muslims.”

His Holiness said that the influence of extremist, hard-line clerics in certain Muslim countries was not only driving the persecution of Ahmadi Muslims but also contributing to the destabilisation of those nations.

During an interview with MTA News shortly after the meeting, Jeremy Hunt said:

“I wanted to come and visit His Holiness (Hazrat Mirza Masroor Ahmad) in order to see him after he’s done us the great honour of moving here (to Tilford) and also to visit the new Mosque which is extremely impressive. I’ve been coming to Islamabad for many years and it’s just wonderful to see the transformation here… ‘Love for All, Hatred for None’ is a great philosophy and His Holiness lives and breathes that.”