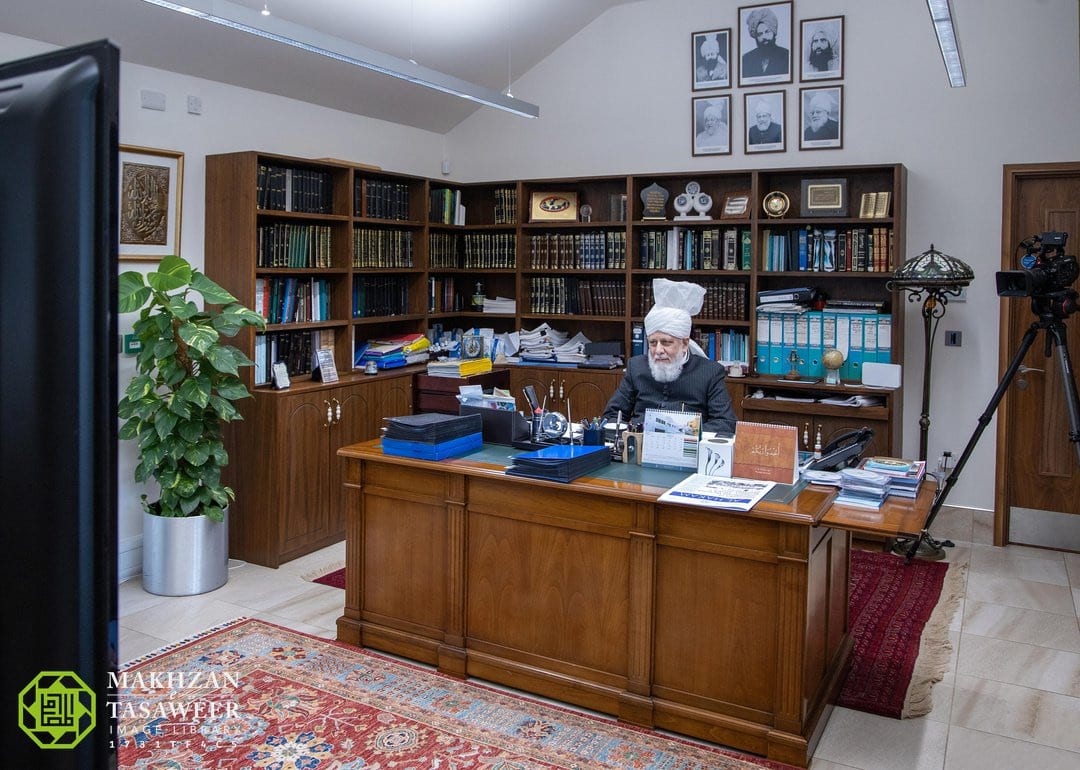 His Holiness presided the meeting from his office in Islamabad, Tilford, whilst the Amila members joined the meeting virtually from the Lajna Hall in Ojokoro in Lagos, Nigeria.

During the almost 60-minute meeting, all present had the opportunity to speak to His Holiness and to receive the guidance and instructions of His Holiness on a range of issues.

Speaking to the National Talim Secretary, responsible for the Education of the members of the Ahmadiyya Muslim Community in Nigeria, His Holiness said that the department should guide Ahmadi Muslim students throughout their education.

“You should form a counselling and guidance committee. The purpose of the committee will be to guide and counsel the students who are secondary school-going students and guide them what further education they can pursue according to the local conditions and the local requirement.” 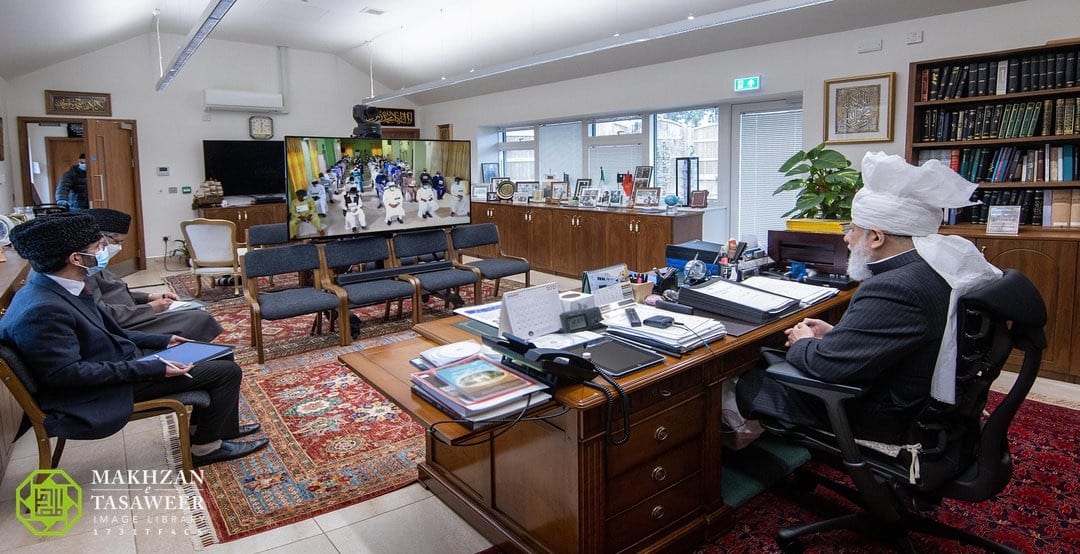 His Holiness also advised the National Tarbiyyat Secretary, the secretary responsible for the moral training of Ahmadi Muslims, to ensure Ahmadi Muslims living in Nigeria were observant of all Islamic teachings.

“Each and every Ahmadi Muslim should be very particular and punctual in offering five times daily prayers, should be very particular in reciting the Holy Quran, should be very punctual and regular and particular in reading some books of Hadith and of the Promised Messiah (peace be upon him). You should prescribe some book also for the members of the Ahmadiyya Muslim Community that they can read – those books which have been translated into English – so they can read and know what the purpose of the advent of the Promised Messiah (peace be upon him) is; what did he say, what does he want from us and how an Ahmadi Muslim should behave.”

“If the Tarbiyyat department is active and you have done your job appropriately and in the best manner, then quite a number of other departments will run smoothly.”

His Holiness also instructed that in each and every chapter of the Ahmadiyya Muslim Community in Nigeria there should be a local missionary and so, His Holiness said, a detailed plan should be made in this regard to outline how to train missionaries to fulfil this target.

Furthermore, His Holiness said that every Amila member should commit their time for a two-week Waqf-e-Arzi period whereby the Amila members dedicate their time for helping teach the Holy Quran to the members of the Ahmadiyya Muslim Community or to convey the message of Islam to the wider public. 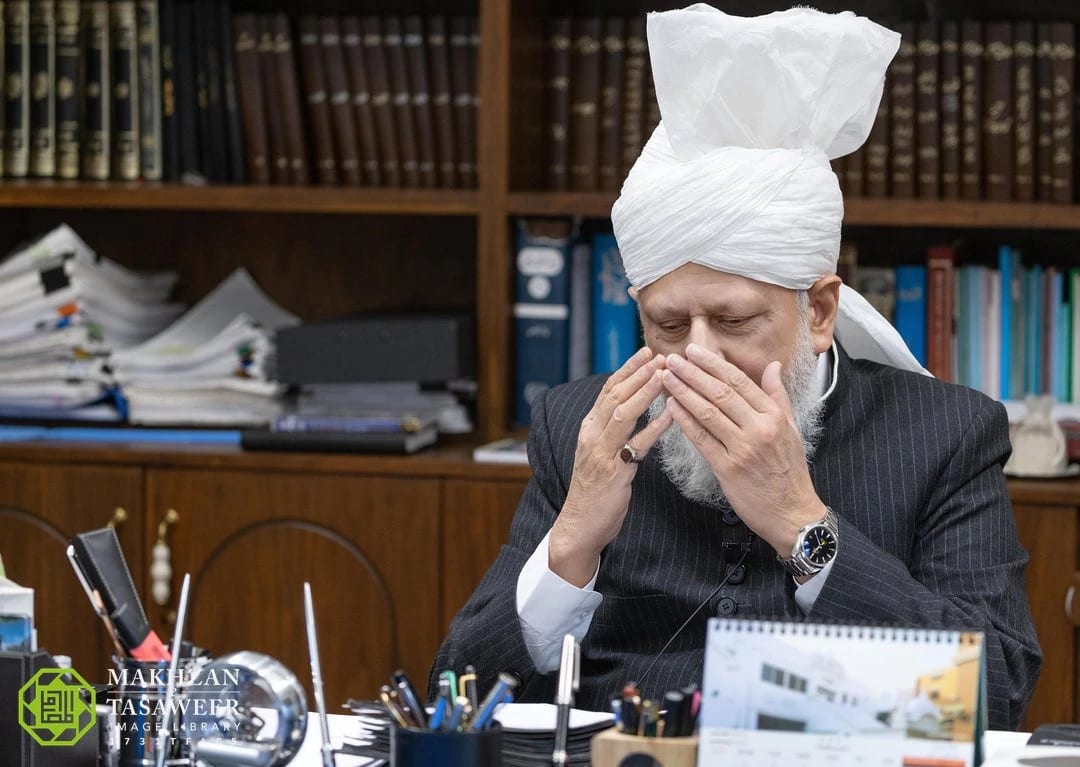 As the meeting concluded, Hazrat Mirza Masroor Ahmad prayed for the attendees and said:

“As I have already guided some of the secretaries, they should work hard according to my instructions and identify where you are lagging behind and see how you can improve. May Allah the Almighty bless you all.”