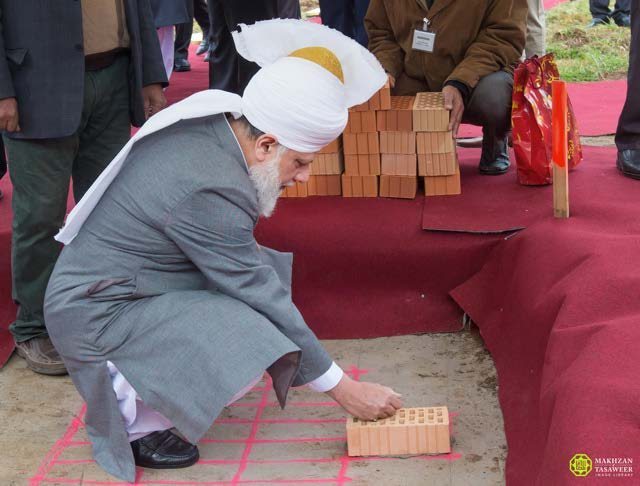 His Holiness has named the Mosque the Mubarak Mosque (The Blessed Mosque).

Around 150 guests attended the ceremony, including various dignitaries, such as Mrs Bettina Muller, Member of the German National Parliament (Bundestag) and Mr Herbert Unger, Mayor of Florstadt.

The formal session began with a welcome address given by Abdullah Wagishauser, the National President of the Ahmadiyya Muslim Community in Germany.

“The Ahmadi Muslims who live in Florstadt have shown they live and act peacefully. In fact, the Ahmadiyya Muslim Community has made great efforts to both integrate and to serve the local society.”

“It is a great honour for me to welcome His Holiness, Hazrat Mirza Masroor Ahmad to our town. We are extremely proud to host him today. Your slogan of ‘Love for All, Hatred for None’ has proved that there is no room for any kind of terrorism, extremism or violence in Islam.”

The keynote address was delivered by Hazrat Mirza Masroor Ahmad, who said that it was the duty of Muslims to fulfil both the rights due to God and to humanity.

Based on this teaching, His Holiness said the new Mosque would not only be a place to worship the One God, but would also prove a means of serving and protecting all people.

“The history of the Ahmadiyya Muslim Community bears witness to the fact that our words, deeds and efforts have exhibited nothing but love, compassion and kindness towards all mankind. Thus, when this Mosque here in Florstadt is completed, it will prove only to be a place of peace, tolerance and humanity.” 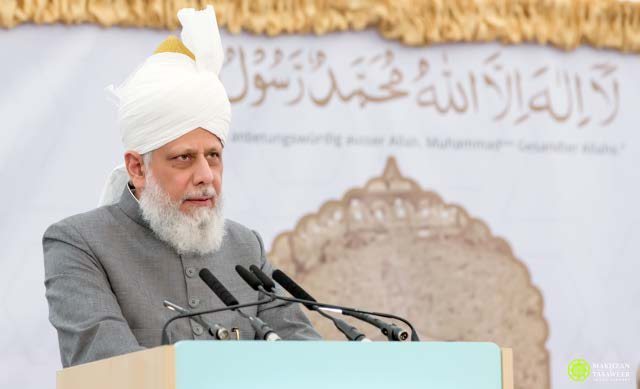 “Allah the Almighty sustains and cares for all of His Creation without distinction. He provides for all people, regardless of religion or background, whether they be Muslims, Christians, Jews or the people of any other faiths or beliefs. He also provides for those who do not believe in Him. This is because He is the Gracious and His Mercy encompasses all humanity.”

“Allah the Almighty has said that mankind should also seek to adopt His attributes to the best of their abilities. Therefore, it is the duty of a person who believes in Allah to care for all other people and to seek to fulfil their needs. If this principle is followed we will then observe societies in which all people are protected and loved. We will see compassion and humanity. Certainly, it is such values that underpin our Mosques wherever in the world they are built.”

“Though the population of this town is quite small, the fact that so many people have come to attend our function proves that the local people are extremely welcoming and hospitable. Despite the fact that there is widespread fear of Islam and of Mosques, the locals have responded to the love of the Ahmadi Muslims with love itself and to their compassion with compassion. This attitude can only be commended.”

Regarding the commitment of the Ahmadiyya Muslim Community to serve humanity, Hazrat Mirza Masroor Ahmad said:

“The Ahmadiyya Muslim Community seeks to help all people regardless of their faith or background. Thus in the developing world, and particularly in Africa, we are providing health care and education services to the local people irrespective of their background.”

“In Africa, there are many communities where children have to walk miles to fetch water in vessels or basins, which they balance on their heads and bring home. Often the water they acquire is dirty and impure and this leads to the spread of diseases. Thus, we are providing essential clean water services to the local people to the best of our abilities and the happiness and joy on their faces is something to behold. Any service or aid we provide is given without distinction and only due to our desire to serve humanity, which is an essential part of our faith.” 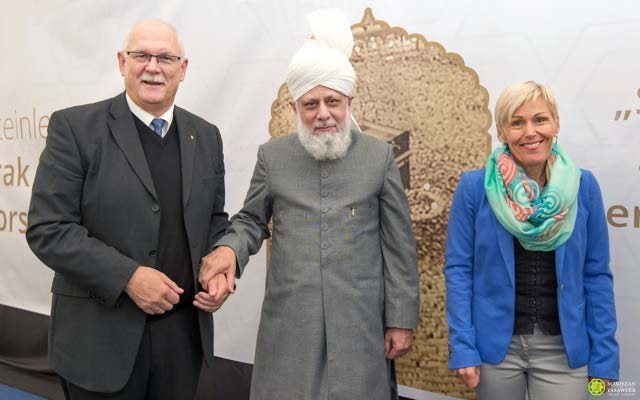 “The Ahmadiyya Muslim Community abides by the teachings of Islam’s holy book, the Holy Quran. Unlike political systems that emphasise attaining one’s rights, the teachings of the Holy Quran prioritise fulfilling the rights of others even above and beyond a person’s own rights. Thus, we seek to fulfil the rights of others and believe that this is the means to create peace and brotherhood in society and to serve others is a fundamental purpose of our Mosques.” 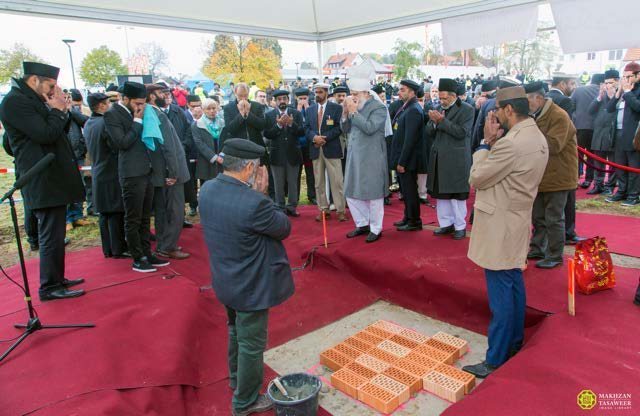