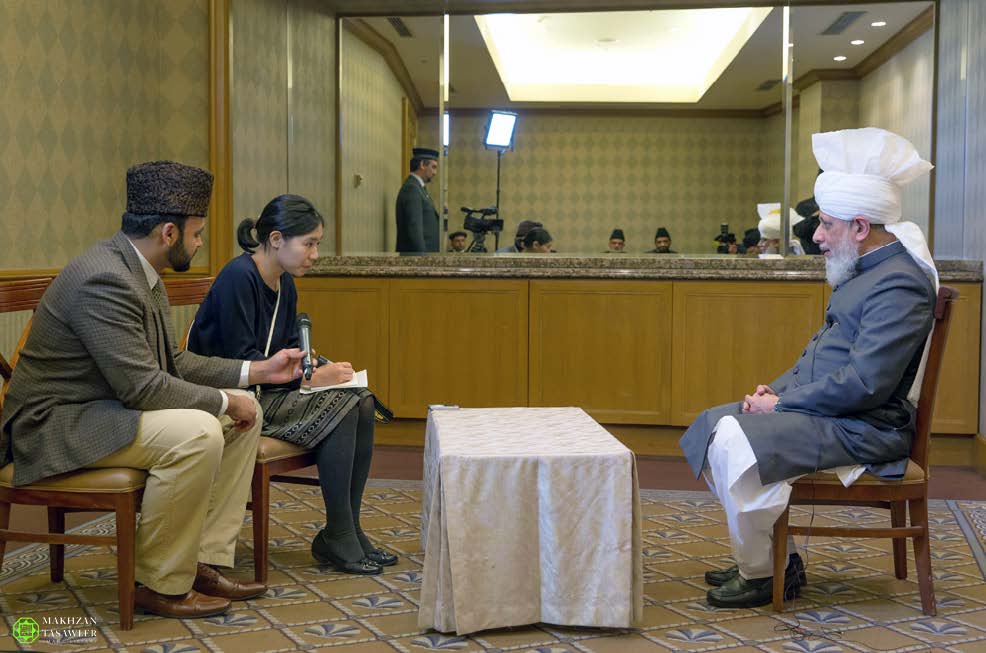 In the interviews, His Holiness was asked about various Islamic teachings; about the inauguration of the Baitul Ahad Mosque and about the increasing conflicts in the world, particularly in light of the recent Paris terrorist attacks. 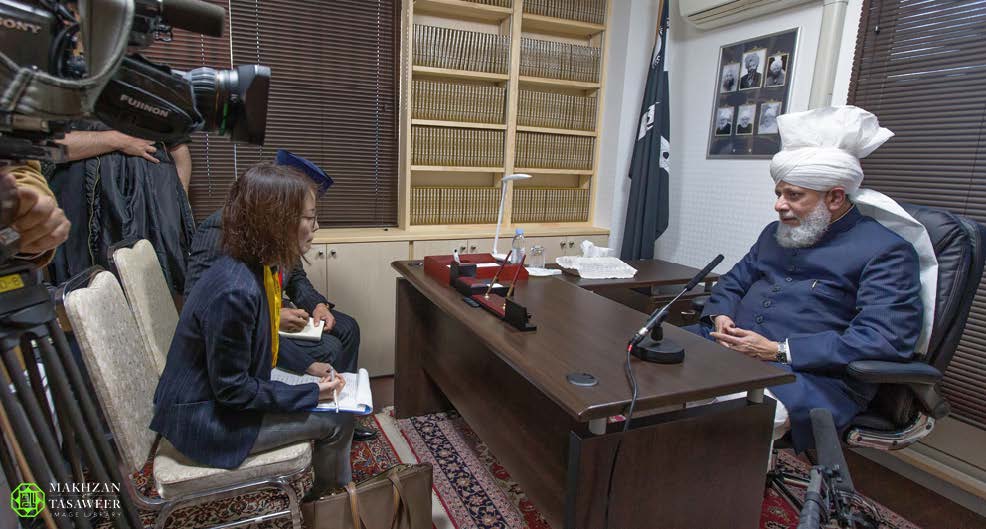 Asked by ChukyoTV about the inauguration of the Baitul Ahad Mosque, Hazrat Mirza Masroor Ahmad said:

“Just to physically construct a Mosque is not enough, rather the true purposes of a Mosque will only be fulfilled when it is used for the worship of the One God, to discharge a person’s duties to others and to spread the true and peaceful teachings of Islam.”

“Weare a missionary organisation and so our task is to preach the true teachings of Islam. I have seen that the Japanese people are quite pious and have good etiquettes and so I am not pessimistic. I believe that one day many Japanese people will accept Islam.”

In an interview with Chugai Nippou, Hazrat Mirza Masroor Ahmad was asked what measures could be taken to curb extremism and terrorism.

“It is necessary that the authorities remain vigilant to the threat of terrorism and extremism. I have been calling for this for a very long time.”

In an interview with Asahi newspaper, Hazrat Mirza Masroor Ahmad was asked what message he sought to convey to the Japanese nation and people.

“The world is moving towards another world war and the Japanese people know better than others the devastating consequences of warfare. Thus, as a nation Japan should seek to establish peace in the world and to bring an end to all forms of conflict.”